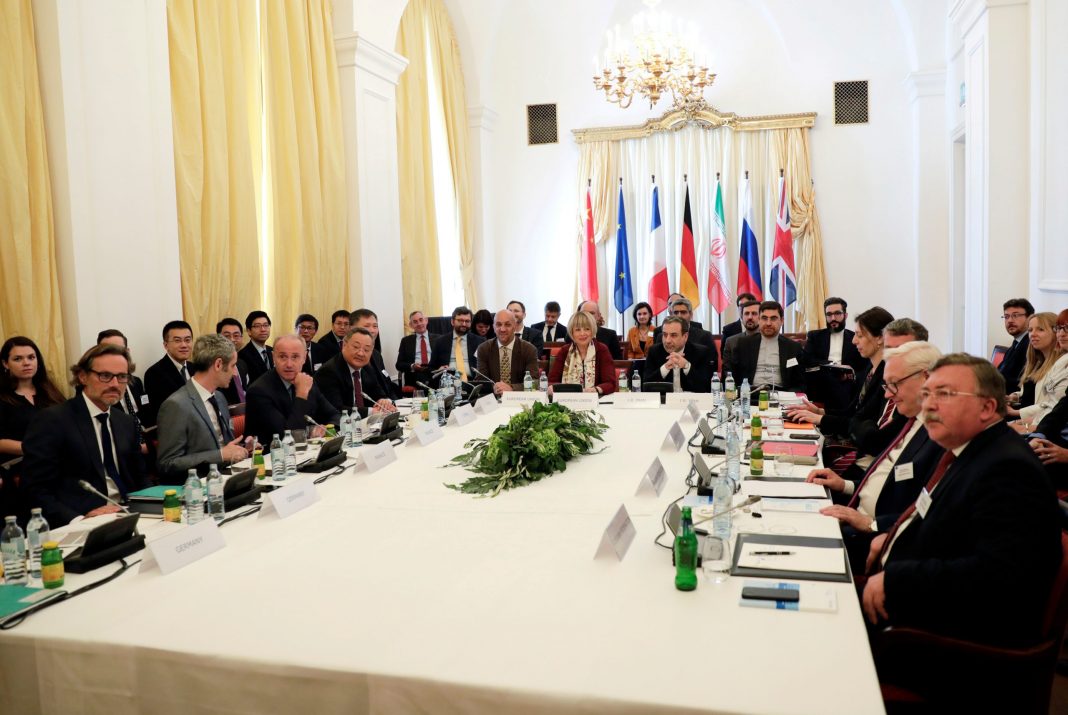 West News Wire: Iran and the United States will resume their stalled talks in Qatar, with European Union mediation, to restore a landmark 2015 nuclear agreement.

Iran’s outgoing Foreign Ministry spokesman, Saeed Khatibzadeh, told a news conference on Monday that the sides will decide on the next venue and date of the talks within hours.

The talks began in April of last year but have already been put on hold for two months. All previous rounds have taken place in Vienna, Austria’s capital.

On the agenda is the full implementation of the Joint Comprehensive Plan of Action (JCPOA), also known as the Iran deal, which the US abandoned in 2018 and has been attempting to kill since then.

In quitting the JCPOA, former president Donald Trump introduced what he called the “maximum pressure” campaign of sanctions to bring Iran to its knees. Tehran demands the removal of all those sanctions.

In the meantime, Mohammad Marandi, an advisor to the Iranian negotiating team, was quoted by Al-Araby Al-Jadeed on Sunday as saying that Iran had selected Qatar as a “friendly country” to host the talks.

Khatibzadeh also quoted Josep Borrell, the EU high representative for foreign affairs, as saying that the United States has pledged to abide by its obligations under the JCPOA and the UNSC resolution 2231 and guarantee Iran’s economic interests.

The spokesman, however, stressed that “we have to wait and see” whether Washington would make good on its promises, given that it has once withdrawn from the deal.

Elsewhere in his remarks, Khatibzadeh asserted the negotiators will not discuss nuclear issues, but rather, they will focus on pending issues concerning the lifting of the sanctions imposed on Iran.

The spokesman reiterated that Tehran will not hold any direct negotiations with the United States over the revival of the 2015 deal, emphasizing that “the talks would be indirect and would be facilitated by the European Union.”

He said the Iraqi premier told Iran that Riyadh is ready to proceed with the talks in Baghdad at the diplomatic level.

The kingdom then pursued a confrontational foreign policy toward Iran, particularly during Donald Trump’s presidency in the United States, with whom the Saudis had close ties.

However, the kingdom appears to have changed course since last year, joining Iran in the Iraqi capital for talks to re-establish diplomatic relations.