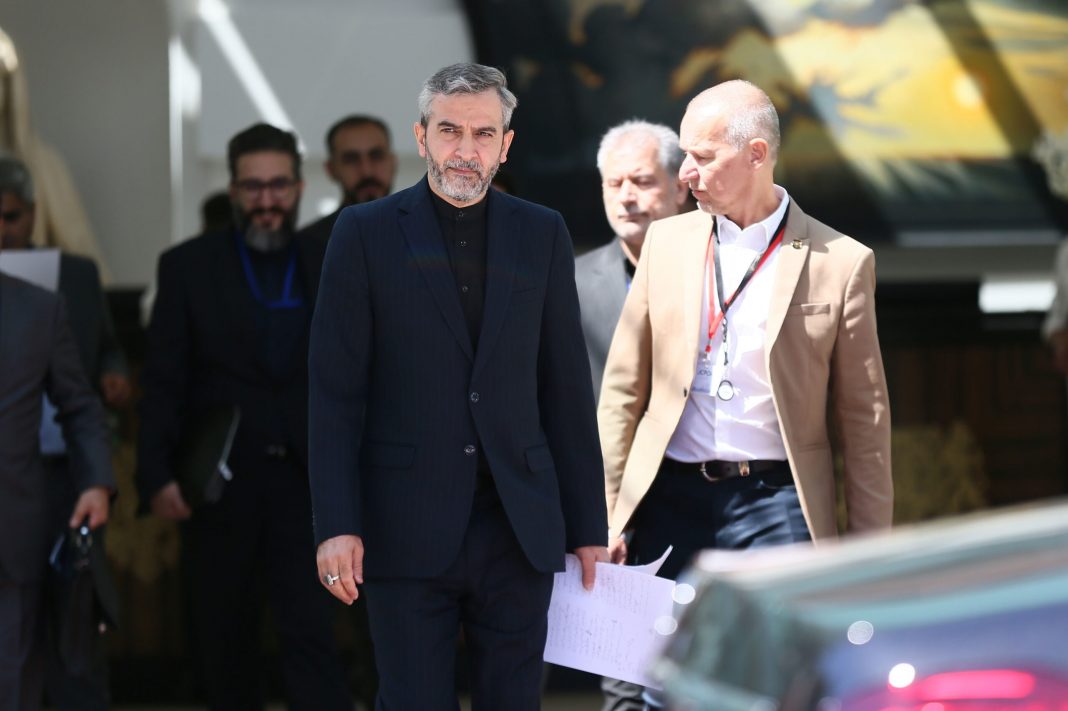 West News Wire: The Joint Comprehensive Plan of Action (JCPOA), a modified version of the 2015 nuclear agreement, has been received by Iran, according to the European Union, which also says it is “studying” the response with other parties to the agreement and the United States.

The comments were made during a Tuesday interview with IRNA by Nabila Massrali, a representative for EU foreign policy chief Josep Borrell, who organized negotiations between Iran and the P4+1 group of nations in Vienna, Austria.

She stated, “We are looking into it and consulting with the US and the other JCPOA participants on the next steps.”

Late on Monday, Iran said it had provided the EU with its final conclusion on the talks aimed at reviving the JCPOA, emphasizing that it is now the US’s turn to show realism and flexibility if it really wants a final agreement to be reached.

Iranian Foreign Minister Hossein Amir-Abdollahian also said on the same day that if the US shows a realistic and flexible reaction to Iran’s offer, “we would be at the point of agreement,” adding, “The American side has orally agreed to two proposals offered by Iran.”

An adviser to the Iranian negotiating team said the parties to the JCPOA are closer to a final agreement on the deal’s revival than they have ever been.

“I can’t say that there will be a deal, but we’re closer than we’ve been before,” Mohammad Marandi, who is also vice-president for international affairs at the University of Tehran, said in a post on his Twitter account, citing remarks he made in an interview with Aljazeera Arabic.

In its response, he added, Iran “has expressed its concerns, but that the remaining issues are not very difficult to resolve.”

“Those concerns are founded upon past US/EU violations,” Marandi tweeted.

Four days of Vienna talks between representatives of Iran and the five remaining parties to the JCPOA to salvage the deal culminated on August 8 with a modified text on the table.

The Vienna talks had resumed on August 4 after several months of impasse, and expert-level negotiations were held between Iran and the P4+1 group of countries.

Iran and the remaining parties to the JCPOA Russia, China, France, Britain, and Germany started talks in the Austrian capital of Vienna in April last year. While the parties noted progress in multiple rounds of talks, the indecisiveness shown by Washington has prevented any significant breakthrough.

Last month, the negotiations were hosted in the Qatari capital of Doha in a different format, with Tehran and Washington holding indirect talks mediated by the European Union. Those talks also failed to produce any tangible result due to the excessive demands of the US.

Former US president Donald Trump unilaterally withdrew the United States from the JCPOA in 2018 and reinstated the sanctions that the deal had lifted and added new ones.

Mikhail Ulyanov, the chief Russian negotiator in the Vienna negotiations, stated on Tuesday that the US must respond to Iran’s response to the EU proposal on the parties’ return to the JCPOA, stressing that the initiative now lies with the US.

According to Ulyanov, who also represents Russia as its permanent representative before international organizations in Vienna, a deal could be reached by this week’s start.

He continued, “Yesterday’s events demonstrated that it is possible, and if not this week, then the following week.”

He also mentioned that Iran has said it is willing to negotiate with the P4+1 group of nations if the US agrees to three amendments.

The top Russian diplomat emphasized that in case of a positive response, a foreign ministerial meeting would be held soon and an agreement would be concluded and then implemented.