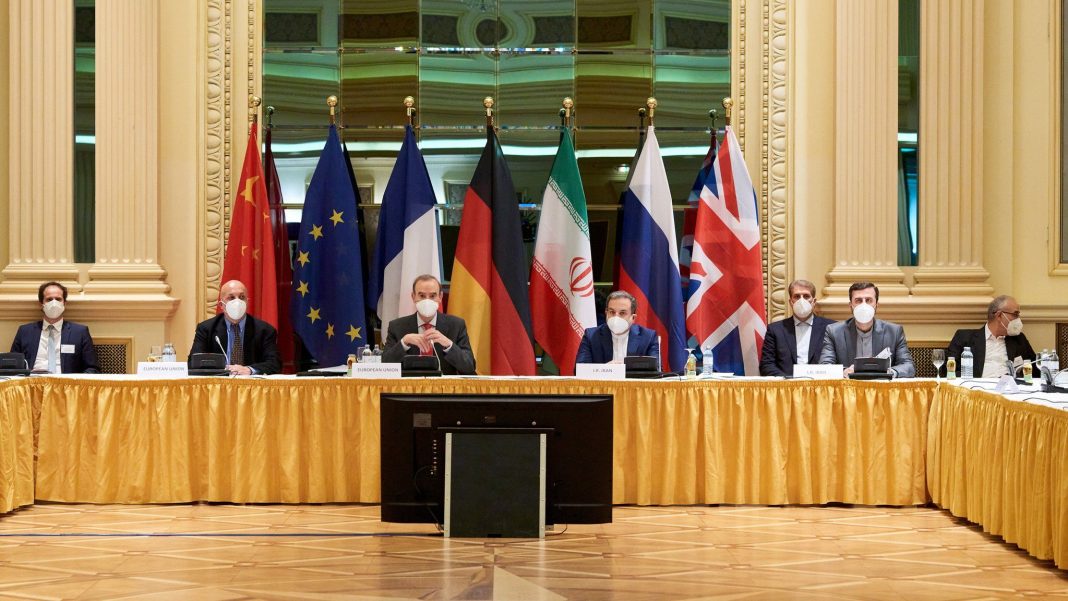 West News Wire: The two-day talks on how to lift sanctions on Iran in the capital of Qatar have come to an end, but the sides say they will stay in touch “about the route and the next stage of the talks.”

Tuesday marked the beginning of the negotiations, with EU coordinator Enrique Mora serving as a go-between for US special representative Rob Malley and Iran’s chief negotiator Ali Bagheri Kani.

Iran’s Foreign Ministry spokesman Nasser Kanani tweeted on Wednesday night, “Continuing with the negotiation process to remove sanctions, intensive talks were held in Doha on Tuesday and Wednesday with the mediation of Enrique Mora.”

On the remaining issues, “Iran’s operational views and proposals were put forward, and the other side presented its reservations,” he said. “Just like before, Bagheri and Mora will be in touch regarding the continuation of the route and the next stage of the talks,” Kan’ani added.

“We will keep working with even greater urgency to bring back on track a key deal for non-proliferation and regional stability,” Mora tweeted.

The talks are aimed at overcoming differences over how to revive a 2015 nuclear deal with Iran and remove sanctions on the country. The negotiating sides are trying to break a months-long impasse that has stalled negotiations in Vienna.

“What prevented these negotiations from coming to fruition is the US insistence on its proposed draft text in Vienna that excludes any guarantee for Iran’s economic benefits,” Iran’s Tasnim news agency said, citing informed sources at the talks.

Mohammad Marandi, an advisor to the Iranian negotiating team, said unlike claims by US officials, the Doha talks held to discuss remaining issues from the Vienna negotiations have not failed and will continue.

“The negotiations were not expected to end with a positive solution in just two days. We do not take PR statements of the US officials seriously,” he was quoted as having told Lebanon’s al-Mayadeen television.

Iran’s nuclear chief on Tuesday confirmed that Tehran had begun installing a new cascade of advanced centrifuges at its underground Fordo facility.

The International Atomic Energy Agency earlier reported that Iran was planning to enrich uranium through a new chain of 166 advanced IR-6 centrifuges at the site.

“We will follow measures according to the plans made,” declared Mohammad Eslami.

Earlier this month, Iran removed some surveillance cameras of the IAEA operating outside the nuclear deal which Iran had allowed in a goodwill gesture. The decision to disconnect them came after the agency’s board of governors adopted a US-sponsored resolution against Iran.

The resolution was released following IAEA chief Rafael Grossi’s contentious trip to Israel, which is notorious for its sabotage of Iran’s nuclear facilities and assassinations of its scientists.

Iran and major powers’ over 11 months of negotiations came to a halt in March, primarily due to Washington’s refusal to make amends for all of its prior wrongdoings.

“To ensure that they do not stab us in the back again like in the past, the Americans must offer Iran the guarantees it demands. Due to their need for oil as a result of the conflict in Ukraine, Europeans are more interested in Iran today “On Wednesday, Marandi said.