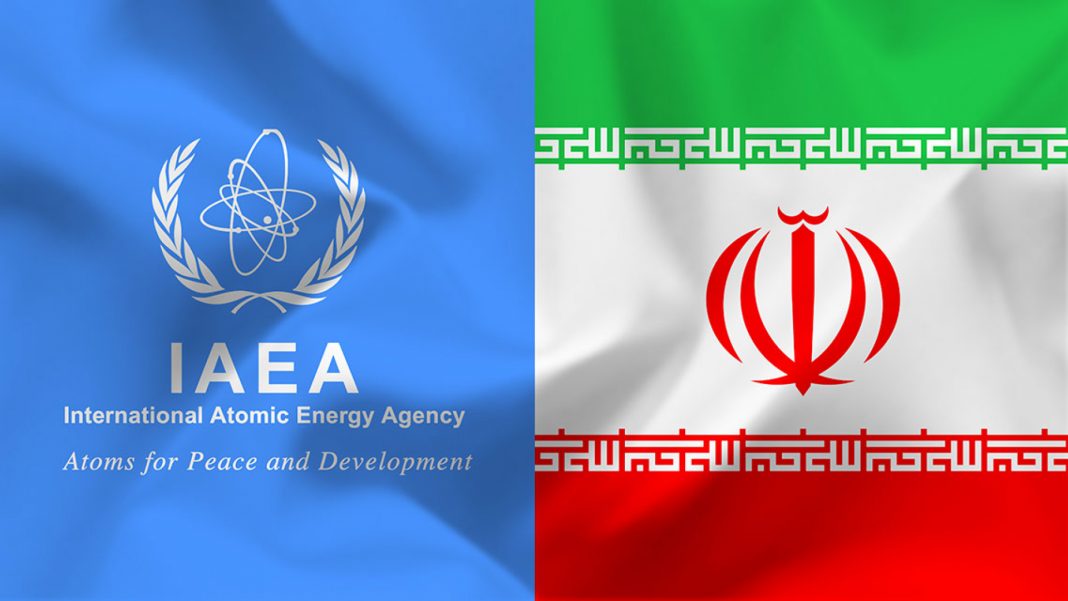 West News Wire: While Iran and world powers are on the verge of reviving their 2015 nuclear deal, the head of the global nuclear watchdog and senior Iranian officials have had key meetings.

Iran and the IAEA agreed on a roadmap to resolve all outstanding issues, which could help secure the revival of the 2015 Iran deal with world powers.

Even though safeguards issues and the JCPOA run parallel to each other, the IAEA director informed reporters after his discussion with Eslami that they are intimately intertwined.

“It’s hard to envisage such a significant return to such a comprehensive agreement as the JCPOA being viable if the agency and Iran can’t agree on how to overcome these critical safeguards issues,” Grossi added.

Grossi and Eslami, on the other hand, indicated that a common understanding had been established.

The Iranian nuclear head stated that documentation on “remaining concerns” will be delivered to the IAEA by the end of the third Iranian calendar month, which falls in late May.

Iran, which claims it has never sought or would ever seek a nuclear weapon, believes the question of the nuclear program’s possible military implications should be settled as it was during the original JCPOA talks.

Iranian officials have previously referred to issues relating to the probe as “political demands” by the West that need to be let go if the Vienna talks are to be successful.

Earlier this week, Grossi had said he will “never” abandon the safeguards probe due to a political reason, saying “the only way these issues will go away is if they are clarified to the full satisfaction of the IAEA”.

The director had a phone call with Israeli Prime Minister Naftali Bennet prior to landing in Tehran, and will reportedly brief him again after his return to the Austrian capital.

Grossi landed in Tehran late on Friday and wrote in a tweet that “this is a critical time, but a positive outcome for everyone is possible”.

Saturday’s developments come as an announcement on the success or breakdown of the Vienna talks is expected shortly.

Iran’s foreign minister on Friday told the European Union’s foreign policy chief Josep Borrell that he will go to Vienna to sign an agreement soon if all of Iran’s red lines are considered.

In addition to dropping the IAEA inquiry, Iran has also demanded the lifting of a wide scope of sanctions, including a “foreign terrorist organisation” designation on its Islamic Revolutionary Guard Corps, guarantees that the US will not renege on the deal again, and a mechanism to verify effective lifting of sanctions.

On Friday, the chief negotiators of the so-called E3 France, Germany, and the United Kingdom went back to their capitals to keep their foreign ministers abreast of the latest developments in preparation for a final announcement.

But Iran’s chief negotiator, Ali Bagheri Kani, stayed in Vienna to continue holding talks with his counterparts from Russia and China.

The latest of confidential reports by the IAEA which are regularly leaked to Western media outlets despite Iranian objections said on Thursday that Iran has produced 33.2 kilogrammes (73 pounds) of 60 percent enriched uranium, up from 17.7kg (39 pounds) in early November when the previous report was released.

Iran had committed to cap its uranium enrichment to 3.67 percent and limit its stockpile to 202.8kg (447 pounds) until 2031 under the JCPOA, but gradually abandoning those limits a year after the US withdrew from it.

On Friday, senior representatives from the JCPOA’s three European signatories the United Kingdom, France, and Germany returned to their respective capitals.

“We’re almost there. E3 negotiators are leaving Vienna for a short time to brief Ministers on the current situation. Prepared to return as soon as possible, “Stephanie Al-Qaq expressed herself on Twitter.

Since last year, the Austrian capital has hosted eight rounds of discussions aimed at renewing the pact, formally known as the Joint Comprehensive Plan of Action (JCPOA).

In 2018, the United States unilaterally exited the JCPOA, resuming sanctions that had been eased as part of the agreement. France, Germany, and the United Kingdom, Washington’s European allies in the deal, have been closely toeing the sanctions line by ceasing trade with Iran.