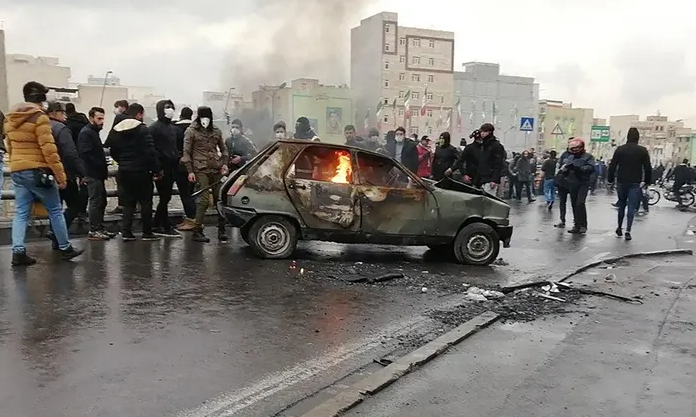 West News Wire: In the midst of anti-government rallies that were mostly supported by the West on Saturday, the Iranian Foreign Ministry summoned the British and Norwegian diplomats.

According to Sunday’s report by Iran’s ISNA news agency, the Norwegian envoy, Sigvald Hauge, was questioned about the “interventionist stance” of Masud Gharahkhani, the parliament speaker of Norway who was born in Iran, while the British envoy, Simon Shercliff, was asked to explain the “hostile” tone of UK-based Persian media.

Iran International said that Shercliff had been called in relation to Britain’s hosting of Manoto TV, BBC Persian, and Iran International. Iran International, which is based in London and is backed by Saudi Arabia, has in the past angered Tehran with its pro-opposition stance, and its own reporters have accused the network of bias.

These British-based channels are seen as meddling in the internal affairs of the government.

Hauge was asked to explain the “interventionist” remarks of Gharahkhani, who posted a video to Twitter this week backing the ongoing protests in Iran. “If my parents had not made the choice to flee in 1987, I would have been one of those fighting for my life on the streets,” he declared in the video.

Violent demonstrations have taken place in cities and towns across Iran for over a week, following the death of 22-year-old Mahsa Amini in police custody. She was reportedly detained for wearing an “improper” hijab. While casualty figures from the protests vary wildly, Iran’s state media said on Saturday that 41 police and demonstrators have been killed since September 17.

The protests have received considerable attention from Western politicians and media outlets, with the US on Friday lifting some restrictions on providing internet services to Iran in a bid to help demonstrators organize and share footage from the protests.

Iranian officials have alleged that forces from “outside the country” are working to stir up unrest over Amini’s death. At least one foreign NGO, the San Francisco-based United for Iran, has admitted this, with its director telling The Guardian that his team has been organizing protesters for several months.

In the US, the CIA-backed National Endowment for Democracy has been financing the opposition in Iran for several years, and is currently promoting one of its grant recipients as a source of authoritative coverage on the protests.