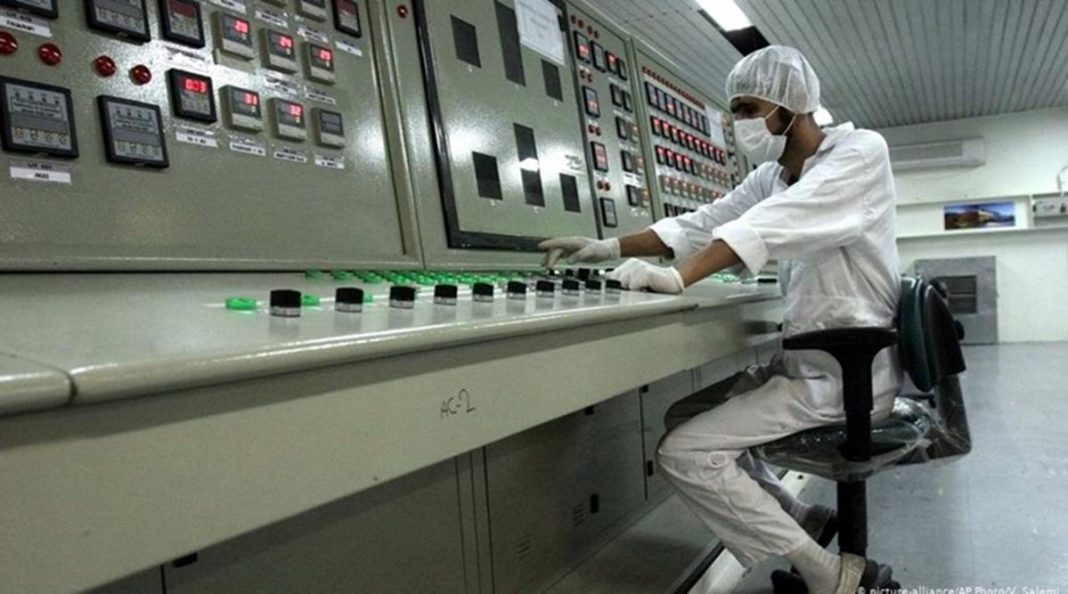 West News Wire: Following the recent decision that the US and the European troika sponsored at the UN nuclear agency’s Board of Governors to put pressure on Iran. Iran has begun enriching uranium at its Fordow nuclear complex to the purity level of 60%.

Tehran has written a letter notifying the International Atomic Energy Agency (IAEA) of its choice. It referred to the action as sending a clear statement in response to a recent anti-Iran decision adopted by the IAEA Board of Governors.

At the Natanz plant, Iran also put in two new IR2M and IR4 cascades, which are now ready for the injection of uranium gas into centrifuges. This means that Iran has practically imitated uranium enrichment by means of the new cascades, and the process will finish within the next few days.

Moreover, Iran has fitted and launched new centrifuges at two empty halls in Fordow and Natanz nuclear sites, in what is deemed as a decisive response to the resolution against the country.

The halls, under Iran’s commitment to the terms of the landmark 2015 nuclear deal, officially known as the Joint Comprehensive Plan of Action (JCPOA), had been vacant but centrifuges have been installed there once again.

The report went on to point to the replacement of IR1 centrifuges at Fordow with IR6 as Iran’s fourth important move against the IAEA resolution, stressing that the measure will increase enrichment at the site by 10 times.

The latest measures are said to be in line with a law approved by the Iranian Parliament to counter sanctions imposed by the United States on Tehran.

In December 2020, the Iranian Parliament approved a measure known as the Strategic Action Plan to Counter Sanctions, which forced the Iranian government to limit IAEA inspections and advance the nation’s nuclear program past the JCPOA’s bounds.

Iran reduced its responsibilities in five steps, including removing operational restrictions on its nuclear business, including those relating to the volume and intensity of uranium enrichment.

All of those actions were taken with the IAEA being informed beforehand and having inspectors from the Organization present in Iran.

The Board of Governors’ recent anti-Iran resolution, which was approved on Thursday, condemned Iran for what it called a lack of collaboration with the organization. It was put forward by the United States, Britain, France and Germany, in continuation of their political pressures on Iran. Russia and China voted against the motion.