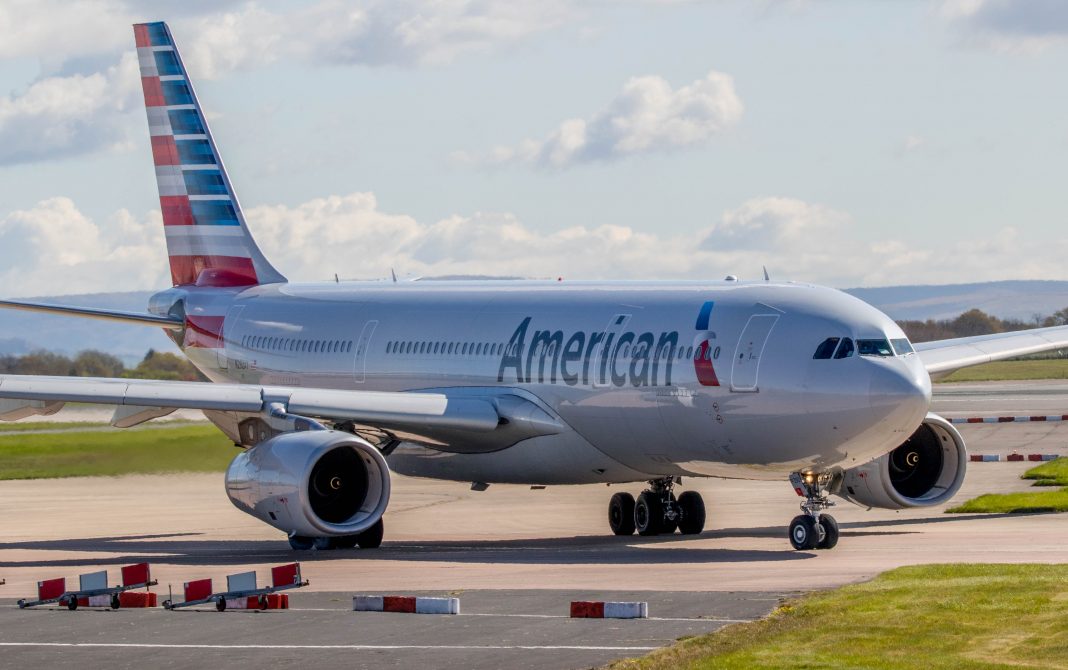 West News Wire: Federal investigators claim that in 2019, an American Airlines flight’s wing clipped the ground when it took off from John F. Kennedy International Airport as a result of the captain’s error.

The plane veered to the left and nearly left the runway, according to the National Transportation Safety Board, because the pilot used too much rudder power to counteract a crosswind.

The Airbus A321’s left wing banked down up to 37 degrees and collided with the ground and a runway distance marker, but the pilots were still able to take off. According to the assessment made public on Monday, a portion of the marker was embedded in the wing.

The crew was aware that it was a narrow escape.

“That scared the (expletive) outta me. I thought we were gone,” the co-pilot said once the plane was in the air, according to a transcript of the cockpit voice recorder that the NTSB released.

“The (expletive) airplane just rolled on me, dude,” the captain responded.

The pilots, both of whom were 58 and had extensive experience when the incident occurred, are still flying for American, according to the Fort Worth, Texas-based airline.

Safety “guides every decision we make and action we take. We appreciate the National Transportation Safety Board’s thorough investigation and report,” said American spokeswoman Sarah Jantz. She said the airline was reviewing the NTSB’s report “and will closely examine if any changes are needed in training or procedures.”

The pilots cut short the Los Angeles-bound flight and returned to JFK. None of the 102 passengers or eight airline crew members were injured, according to the safety board.

Although there was a brisk crosswind at JFK on the night of the flight, it was below American’s limits for taking off.

The beginning of the takeoff seemed normal, but the crew was alarmed when the plane began to veer left. Both pilots seemed unsure of what was happening.

The sound of the wing striking the ground was captured on the recorder in the cockpit.

About seven minutes into the flight, the co-pilot suggested that they turn back to JFK. A minute later, the captain agreed.

A flight attendant called them and reported that a passenger sitting near the left wing said the wing “looks dented” and “doesn’t look normal.” The captain said the passenger’s report didn’t matter because they were returning to JFK.