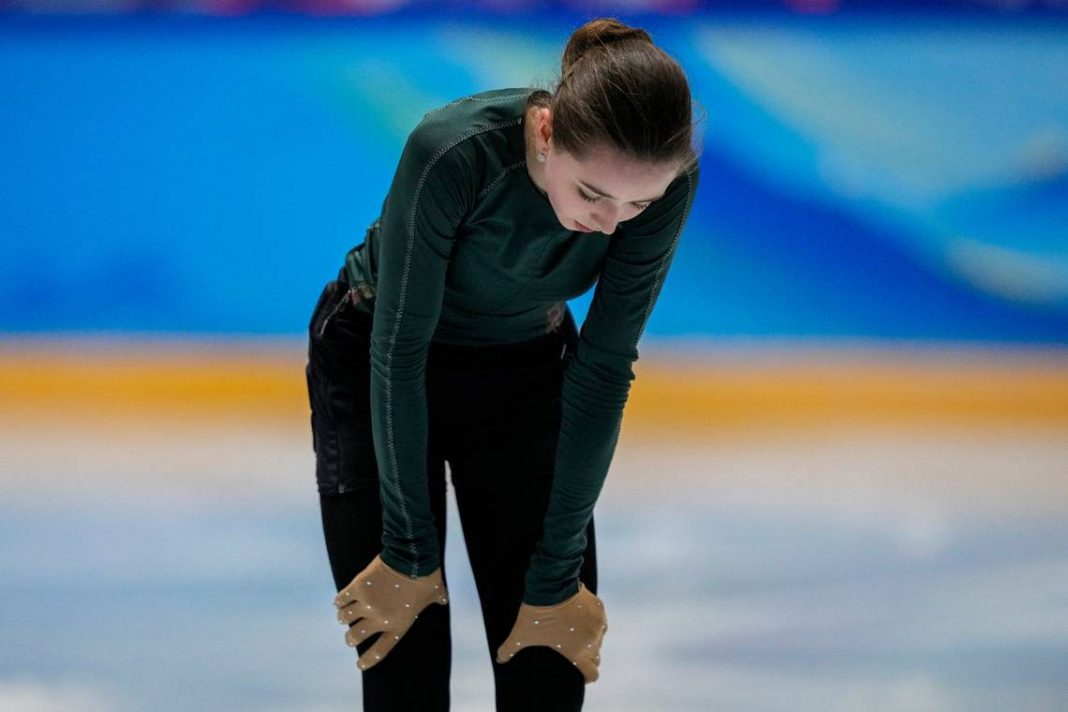 West News Wire: Kamila Valieva, the Russian figure skater embroiled in a doping scandal that threatens to overshadow the Beijing Olympics, returned to the ice on Saturday at a practice rink, hitting quadruple jump after quadruple jump as she prepared for an event from which she may soon be prohibited.

The 15-year-old competitor’s participation in the Games is in jeopardy when it was disclosed on Friday that she had tested positive for a banned substance in December, a finding that might have rendered her ineligible to compete in Beijing if it hadn’t been postponed for more than six weeks.

“This is a very complicated and controversial situation,” Valieva’s coach, Eteri Tutberidze, told Russia’s state-run TV network Channel One on Saturday in her first public comments about the case. “There are many questions and very few answers.”

Despite those unknowns, Tutberidze quickly added, “I wanted to say that we are absolutely confident that Kamila is innocent and clean.”

The legal battle over Valieva’s eligibility to compete will continue Sunday with a hearing before a panel from the Court of Arbitration for Sport. The court, in a statement, said that it expects to render a decision by Monday afternoon, the day before the women’s short program begins.

The panel of arbitrators will consider an appeal filed by several groups, including the World Anti-Doping Agency, the International Olympic Committee and the International Skating Union, who have challenged a decision by Russia’s antidoping agency to lift a provisional suspension of Valieva.

The Russian antidoping agency said it received Valieva’s positive test result on Monday, the same day Valieva led the Russian team to a gold medal in the team event. It suspended her on Tuesday, shortly before the medals were to be awarded in the team event, but then lifted the penalty a day later.

Tutberidze, in her comments to Channel One, said she was not sure how Valieva had been cleared to compete at the Olympics in the first place. It took a Stockholm lab more than six weeks to report that the urine sample Valieva submitted on Dec. 25 had been found to contain traces of a banned drug, trimetazidine, that is thought to increase endurance.

She shared the ice with one other skater  her teammate Anna Shcherbakova, who is also coached by Tutberidze. Camera shutters clicked as Valieva fell on a jump and dramatically spun two times on the ice. But for most of the session, she was a jumping machine, knocking off at least a half-dozen quadruple jumps as if her body had been preprogrammed to execute them.

After one of her run-throughs, Valieva met Tutberidze at the edge of the rink. The two talked nearly nose-to-nose before Valieva leaned into Tutberidze for a hug.

The coach embraced her, then looked past her.

Shcherbakova, who could soon be the favorite to win the gold medal, was dancing across the ice.