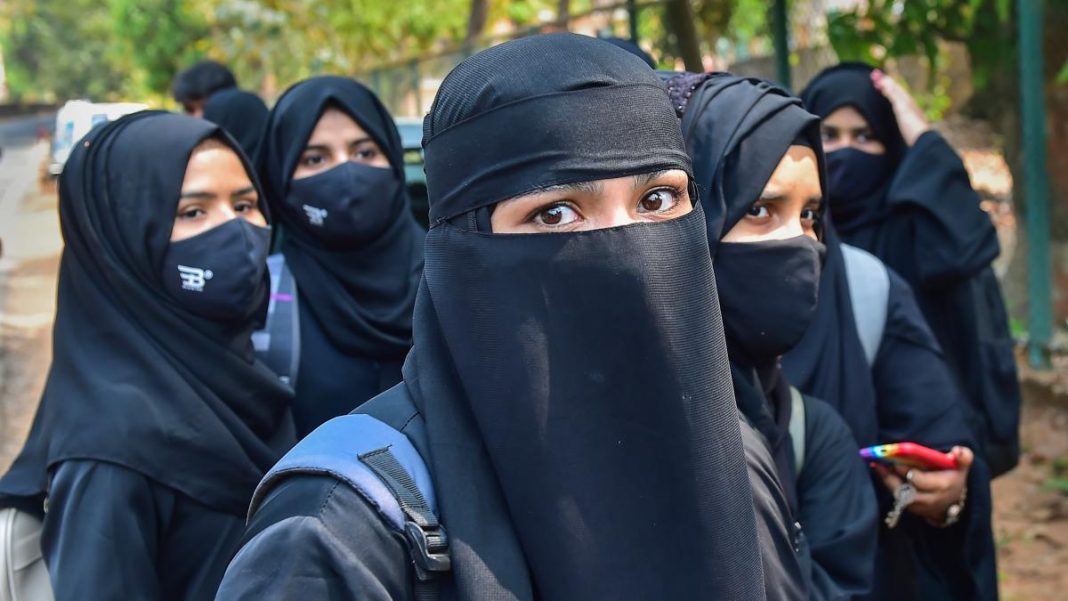 West News Wire: A panel of India’s top court has submitted the issue to the chief justice, who will convene a bigger bench to hear the case, saying it is split on whether or not to permit hijab in classrooms.

It stems from a February state of Karnataka ordinance prohibiting students from wearing headscarves in class, which sparked protests from Muslim students and their parents as well as retaliatory demonstrations by Hindu students.

One of the two panel judges, Justice Hemant Gupta, remarked as he read the ruling on Thursday, “We have divergence of opinion,” but they did not specify when the larger bench would be assembled or the next hearing would take place.

“It is ultimately a matter of choice,” said the other judge, Justice Sudhanshu Dhulia, as he set aside the Karnataka High Court order.

Muslims are a sizeable minority in India, accounting for 14 percent of the country’s 1.4 billion population in the South Asian nation where Hindus make up the majority.

Some Muslim students challenged in the Supreme Court a ruling by a state court that upheld the ban in March.

“It is a split verdict. The case has not ended. The matter has been referred to the chief justice who will constitute a larger bench. This is progress from what we got from the Karnataka High Court,” Anas Tanwir, a lawyer representing the Muslim girls, told new reporters.

The hijab ban controversy began when female Muslim students wearing the head covering were denied access to the classes at a government college in the Udupi district of Karnataka in January of this year. More educational institutions in the state then forbade Muslim girls from donning head coverings.

On March 15, the students filed a complaint with the Karnataka High Court, which maintained the prohibition and declared that “wearing of the hijab by Muslim women does not form a part of important religious practice in the Islamic religion.”

The students then appealed the decision of the lower court to the Supreme Court.

The Bharatiya Janata Party (BJP), which governs Karnataka and is led by Prime Minister Narendra Modi, is said to stand to gain from the polarization, according to opponents of the hijab ban.