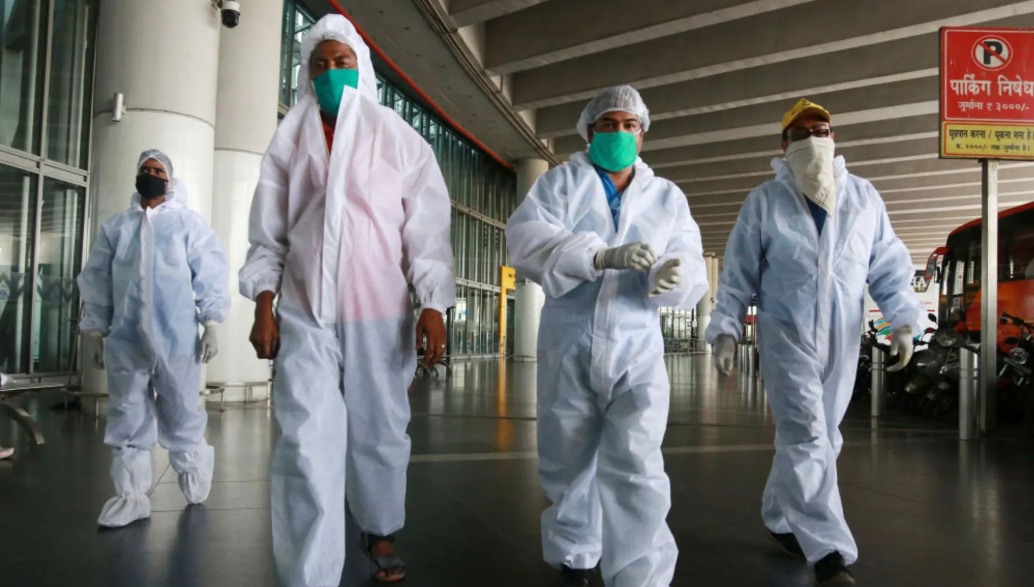 West News Wire: The federal health minister of India announced that the government has started randomly testing foreign travelers arriving at its airports for COVID-19, noting a rise in cases in China’s neighbor.

In addition to calling on state governments to boost surveillance for any novel coronavirus variations and transmit samples of all positive cases to genome sequencing labs, Mansukh Mandaviya introduced the new rule in parliament on Thursday.

According to local media sources, India has so far seen at least four instances of BF.7, the Omicron subvariant that is causing the present increase in China.

The scenario in India is different from China, according to Dr. Randeep Guleria, a pulmonologist and former director of the All India Institute of Medical Sciences (AIIMS) in the nation’s capital New Delhi.

“Both from lifting the Zero Covid policy and a large number of people there (in China) who were never been exposed to the virus are now being exposed to BF.7 variant which spreads very rapidly,” he said.

“And the vaccine uptake is also not as good as in India. So these factors are probably contributing to the spread there,” he added.

Guleria said the BF.7 strain of the coronavirus had been in India for at least past two to three months.

“We haven’t seen a huge surge yet and the cases have come down. So it is likely that we will not have the type of effect like China,” he said, adding that India still needs to be vigilant as the virus can evolve and imitate over the next few months.

Health minister Mandaviya asked the public to wear masks and maintain social distancing, even though there are no official mandates for either.

India relaxed its mask-wearing rules earlier this year after coronavirus cases began dropping sharply. It has reported the most COVID-19 cases in the world since the pandemic began, but confirmed infections have fallen sharply in the past few months.

According to health ministry data, India currently has about 3,400 active coronavirus cases.

Cases have surged in neighbouring China since it relaxed its harsh restrictions earlier this month following rare public protests.

Mandaviya said the Indian government has no plans yet to halt flights from countries where new cases have been reported.

The increase in cases in China has also prompted Indian health experts to issue advisories for the public to wear face masks and receive vaccine booster doses.

On Thursday, India’s top doctors’ body, the Indian Medical Association, appealed to people to wear masks in all public places and get vaccine boosters. It urged people to avoid public gatherings such as weddings, political and social meetings, and international travel.

“As of now, the situation is not alarming and therefore there is no need to panic. Prevention is better than cure,” it said in a statement.

India, a country of nearly 1.4 billion people, has administered more than 2.2 billion COVID-19 vaccine doses, but only 27 percent of the population has received a third booster dose.