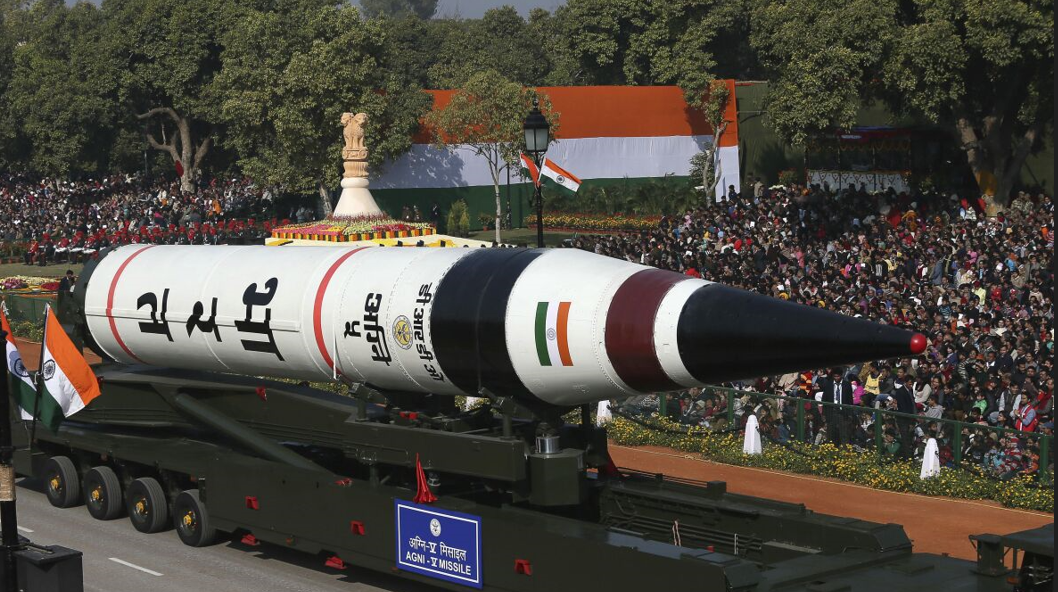 West News Wire: According to a government minister, India has successfully tested a long-range nuclear-capable missile as New Delhi strives to strengthen its defense capabilities amid border concerns with China.

Joshi stated that the missile’s 5,400km (3,300 miles) or more range “will add enormous value to the defense and boost national security to a greater extent.”

According to Indian media reports, Indian authorities issued a notification and designated the Bay of Bengal a no-fly zone before the test, adding that its range almost completely encompasses the Chinese mainland.

India and China experienced new tensions after fighting between their armed forces on December 9 along their disputed border in Arunachal Pradesh state.

India’s Defence Minister Rajnath Singh said no Indian soldiers were seriously hurt and troops from both sides withdrew from the area soon afterwards. A statement from the Indian army on Monday said troops on both sides suffered minor injuries.

Rahul Bedi, a defence analyst, said this was the second user test by India’s Strategic Forces Command since it was inducted in 2018. The first test was carried out in 2021.

Bedi said Indian authorities did not take cognizance of the reported presence of a Chinese spy ship in the region and went ahead with the test.

For decades, India and China have fiercely contested the Line of Actual Control, a loose demarcation that separates Chinese and Indian-held territories from Ladakh in the west to India’s eastern state of Arunachal Pradesh, which China claims in its entirety. Ladakh was carved out of Indian-administered Kashmir in 2019 when India’s Hindu nationalist government stripped the region’s semi-autonomy. The Muslim-majority region has seen decades-long armed uprisings against Indian rule. Kashmir is claimed by both India and Pakistan, but they rule only parts of the Himalayan region.

India and China fought a war over the border in 1962.