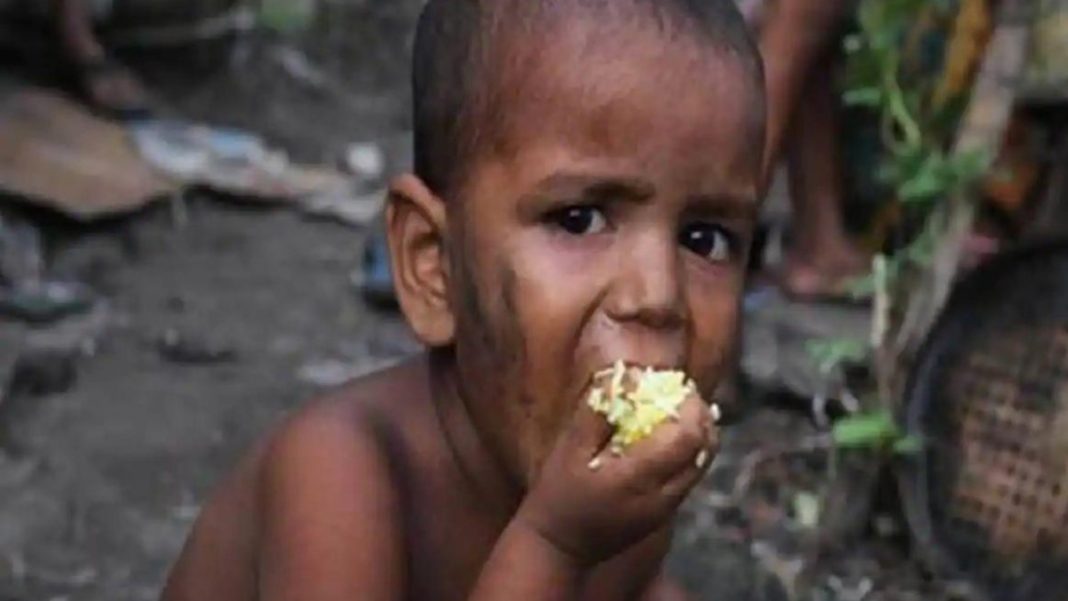 West News Wire: According to a survey released on Friday, India dropped six spots to 107th place out of 121 nations on the 2022 Global Hunger Index.

In comparison to other South Asian nations like Pakistan, Nepal, Bangladesh, and Sri Lanka, the third-largest economy in Asia performed worse. India dropped in the rankings for the third year in a row; it was previously placed 94 in 2020 and 101 in 2021.

India received a score of 29.1 on the Global Hunger Index (GHI), which ranks nations according to their “severity” of hunger and is jointly issued by the German Welthungerhilfe and the Irish Concern Worldwide. This indicates that India has “severe” levels of hunger.

Each nation is categorized into one of five hunger levels according to the index: low, moderate, serious, alarming, and extremely alarming.

Based on data from 2019-2021, 16.3 percent of India’s population was undernourished. India is home to the second-largest population in the world at 1.4 billion people.

According to the World Health Organization, child wasting is when a person is too thin for his or her height as a result of failing to gain weight or suffering from rapid weight loss.

In terms of stunting rates, India, Pakistan and Afghanistan each scored between 35 and 38 percent, with Afghanistan’s rate being the highest in South Asia, the report said.

India is one of the top-performing economies in the world with a growth rate of above six percent.

“India has been doing fairly well in 2022 and is expected to continue growing fairly robustly in 2023,” the International Monetary Fund’s chief economist, Pierre-Olivier Gourinchas said on Tuesday.

But the country also faces stark inequality with the top 10 percent of the population holding nearly 80 percent of the total national wealth. India has a gross domestic product (GDP) of $3.46 trillion.

According to the annual report, some 828 million people were suffering from undernourishment around the world in 2021.

According to GHI, the highest levels of hunger were in “Africa South of the Sahara” and South Asia – with progress against hunger in these regions having stagnated.

“The situation is likely to worsen in the face of the current barrage of overlapping global crises conflict, climate change, and the economic fallout of the COVID-19 pandemic all of which are powerful drivers of hunger,” the report said.

Food shortages in 2023 and beyond may result from the war in Ukraine, which has driven up the price of food, fuel, and fertilizer globally.

One person is thought to be dying of hunger every four seconds, 238 NGOs from 75 countries stated in an open letter to the UN General Assembly last month, demanding for quick global action to “stop the spiraling global hunger catastrophe.”

Undernourishment, child wasting, child stunting, and child mortality are the four indicators used to generate the GHI score. These indicators are tracked globally, nationally, and regionally.

The GHI study stated that for 15 countries, a score could not be determined because of a lack of data.