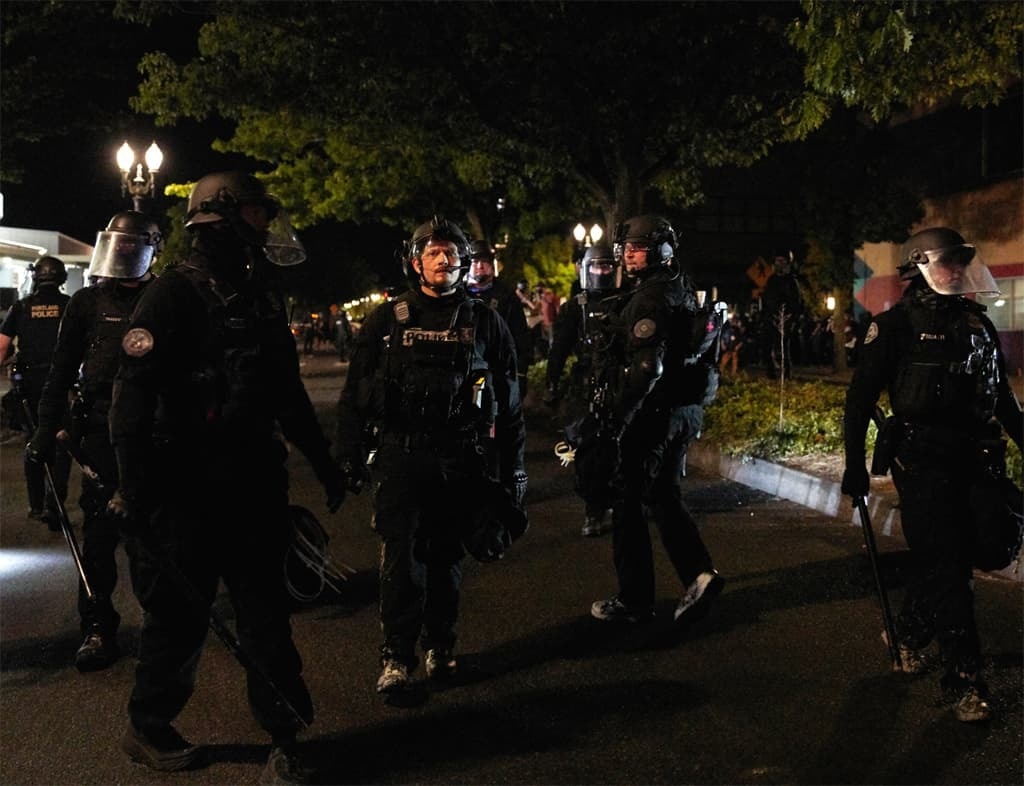 West News Wire: Protesters gathered in a North Carolina city after a federal court ordered the release of police body-camera film depicting the aftermath of the shooting of Jason Walker, an unarmed Black man by an off-duty cop.

On Thursday, relatives of Jason Walker and citizens of Fayetteville rallied in the city to demand justice for Walker’s death, singing chants like “Jason Walker matters.”

Benjamin Crump, a civil rights lawyer who has represented the families of several unarmed Black persons slain by police in recent years, such as George Floyd and Breonna Taylor, has offered to investigate the case.

“For Jason Walker, the truth will be known,” said Crump, who organized the gathering.

Jeffrey Hash, the off-duty police officer who shot Walker, was driving his vehicle with his wife and daughter when they approached Walker, an unarmed 37-year-old Black man crossing the street near his parents’ house.

In an amateur video filmed just after the shooting and posted online, Hash explains to fellow officers called to the scene that Walker jumped into the middle of the street and that he had hit the brakes to avoid him.

Hash said Walker then threw himself on the vehicle, tore off a windshield wiper, and used it to hit the windshield, which he said prompted him to draw his weapon and open fire to protect his family.

Witnesses have offered a different account, saying that Hash hit Walker with his vehicle before stopping.

“I saw him brake, completely stop, and then keep going,” Elizabeth Ricks told an ABC station. “I saw him hit Jason then his body was slammed into the windshield.”

Read More
Jan 6 represented the greatest movement in US history

“I think he fired the first shot through the windshield and three more times outside the vehicle,” she added.

Police have said Hash’s black pick-up truck had no visible dents and Walker’s body did not show any signs of impact other than bullet wounds.

Hash has been placed on administrative leave but has not been arrested or charged with a crime. State investigators have begun an investigation into the killing.

Crump said the family and the rest of the Fayetteville community wanted to know why Walker was “senselessly shot and killed” by an off-duty officer on Thursday night.

“We have reason to think that this was a case offshoot first, ask questions later,’ an attitude that is all too common throughout police enforcement,” Crump said earlier in the day in a statement.

Following Floyd’s death in Minneapolis, Minnesota in 2020, nationwide racial justice protests erupted across the United States. In a rare prosecution of a law enforcement officer in an on-the-job event, a police officer was later charged with murder and sentenced to 22 and a half years in jail.

Other high-profile shootings of unarmed Black individuals have sparked intermittent protests around the United States, with many  advocates calling for wider federal reforms to policing.