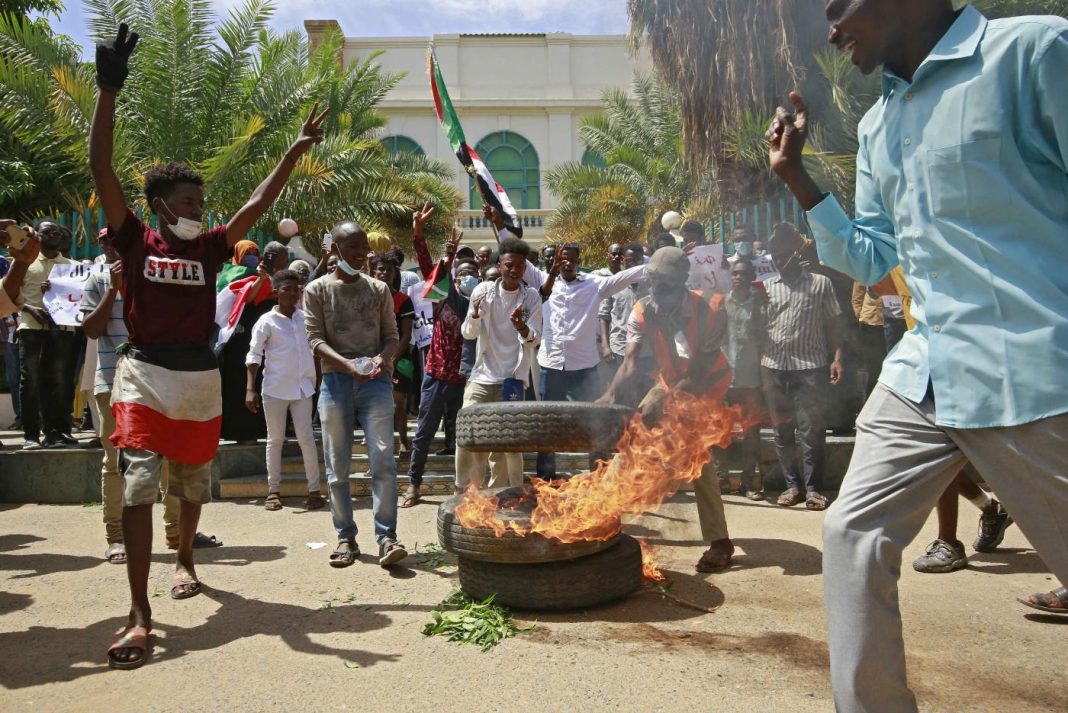 West News Wire: Security officers used tear gas to disperse demonstrators in Sudan’s capital, Khartoum, when tens of thousands took to the streets on Monday in the latest in a series of months-long protests.

Demonstrators are protesting the military coup that threw the country into chaos in October.

Protesters marched in the streets around Sudan, largely young men and women, demanding an end to the military’s rule.

They demanded that the country’s now-stalled democratic transition be guided by a completely civilian government.

Sudan’s political transition, which began after three decades of brutality and international isolation under President Omar al-Bashir, has been upended by the coup.

Since a popular rebellion led the military to depose al-Bashir in April 2019, the African nation has been on a shaky route to democracy.