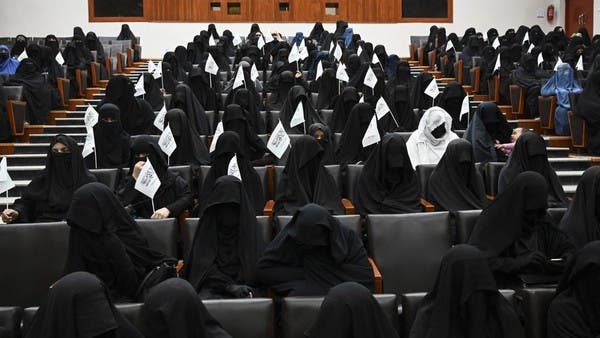 West News Wire: The Taliban said on Wednesday that they had reopened public universities for women in six of Afghanistan’s 34 regions, marking a major concession by the country’s new rulers to international demands.

The international community has been watching to see if the Taliban will enforce the same severe policies as they did during their reign of Afghanistan in the 1990s, such as barring girls from school and women from the workplace and public life.

Since their takeover, the Taliban have imposed a number of restrictions, many of which are directed at women: women have been barred from many employment outside of the health and education sectors, and girls have been denied access to secondary education.

The Taliban demand women wear headscarves but have stopped short of imposing the burqa, the head-to covering that was compulsory under their previous rule.

The Taliban-run culture and information ministry said Wednesday that public universities in the provinces of Nangarhar and Kandahar were now open for women in what it described as a staggered process expected to see all students  men and women  eventually return to university.

The six provinces have warmer climates than the rest of Afghanistan where the winters are bitterly cold, which the Taliban say is the reason they are the first to reopen. Men will attend classes in the morning and women in the afternoon, aligning with a gender segregated system under the Taliban.

Read More
Execution of al-Zawahiri in Kabul a violation of Doha accord: Taliban

Earlier this week, Abdul Baqi Haqqani, the Taliban-appointed education minister, said that public universities elsewhere in Afghanistan, including the University of Kabul, would reopen for both men and women on Feb. 26.

“All instructors and officials are advised to concentrate on their responsibilities and provide the required facilities for the students,” Haqqani said in a recorded video clip on Sunday.

The United Nations mission in Afghanistan welcomed his announcement, calling it “important for Afghanistan” in a tweet Tuesday. “So crucial that every young person has equal access to education.”

On Wednesday, Taliban-appointed culture and information minister, Khairullah Khairkhwa, visited the Kandahar University and said that “modern and Islamic education simultaneously can lead a country to prosperity.”

Since their takeover, the Taliban have come under heavy fire for denying girls and women education. Reopening of public universities would be their first concession. The Taliban have also promised that all girls will be back in school by the end of March at the start of the Afghan New Year.