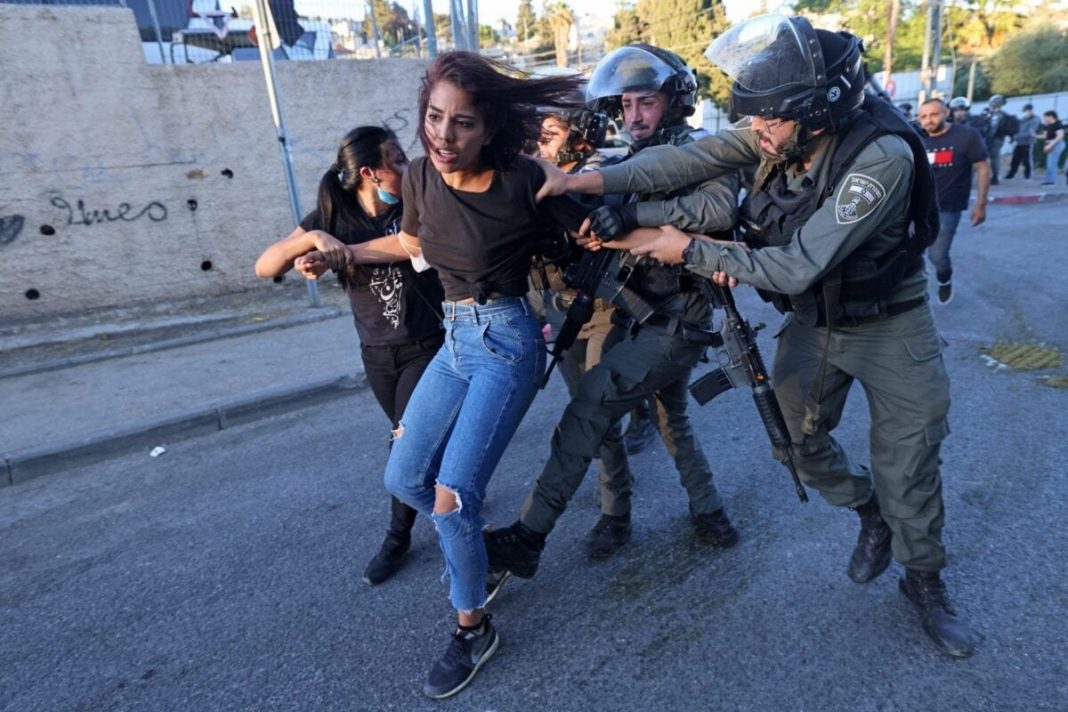 On Friday, the scuffles took place alongside rallies across the occupied West Bank.

In Jerusalem, Palestinian men prayed while laying carpets on the asphalt of a street. Activists numbering in the hundreds afterwards joined them to protest the impending evictions.

After the activists refused to clear a way, Israeli border police charged the protestors on horseback, according to witnesses.

Police described the incident as a “riot” and said that “demonstrators did not listen to instructions of police”.

An AFP photographer observed two people being detained. However, police said no arrests were reported.

Sheikh Jarrah has emerged as a symbol of Palestinian resistance against Israeli control of East Jerusalem.

Israel captured East Jerusalem from Jordan in the 1967 Six-Day War and later annexed it – a move not recognised by most of the international community.

More than 200,000 Israelis live in occupied East Jerusalem, which many Palestinian groups have claimed as the capital of their future state.

Abdallah Grifat, 30, said he travelled from Nazareth in northern Israel to show his support.

“It’s my duty as a Palestinian to stand here with every other Palestinian who’s struggling for their land,” he said. “We’re standing for justice.”

“These Israeli assaults are a continuation of the series of ongoing crimes committed in all the occupied Palestinian territories against our Palestinian people, whether by the occupation army, or by settlers,” he said, adding he holds the Israeli government responsible for the escalation.

“These attacks will not deter our people from achieving their goal of establishing their independent Palestinian state with East Jerusalem as its capital.”

Palestinians also confronted  Israeli forces in Hebron, in the south of the West Bank, and Beita, in the north.

Residents in Beita who were protesting an Israeli outpost built on village land used slingshots to hurl rocks at Israeli forces, who responded with “riot dispersal methods,” according to the army.

No personnel were hurt, according to the army. According to Wafa, 23 Palestinians were injured. A rubber-coated bullet fired by Israeli forces injured an AFP photojournalist.

On Thursday, Hamas, the Palestinian party in charge of Gaza, warned that “violation of the red lines in Sheikh Jarrah” could “create the atmosphere for the next explosion.”