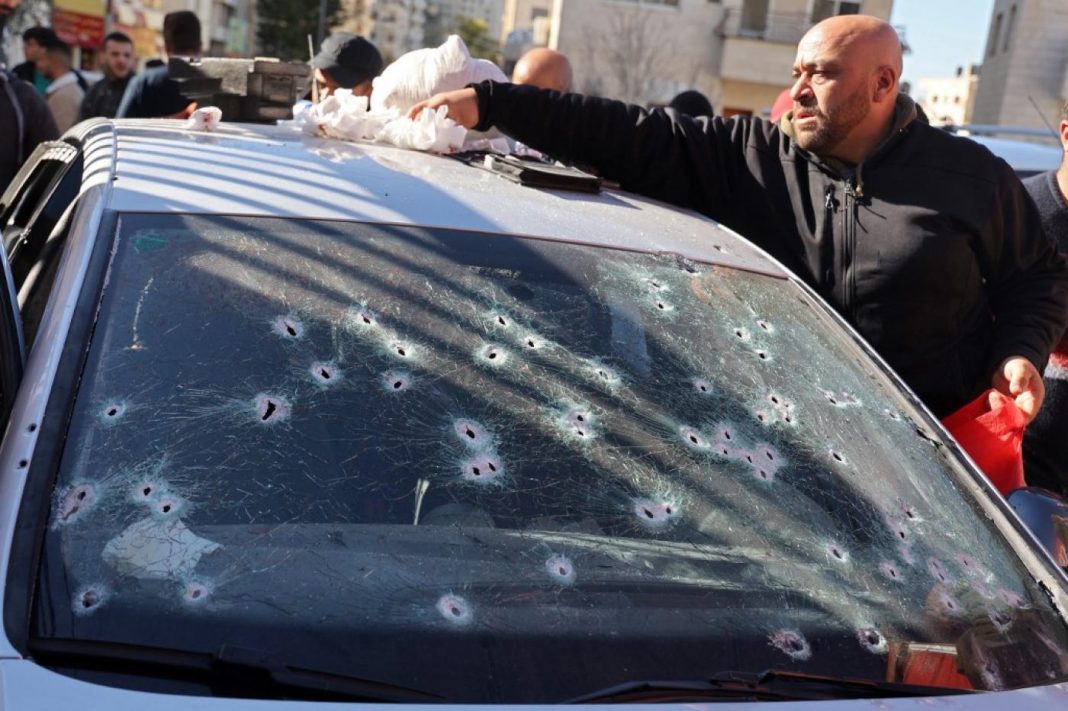 “Three citizens were slain in the city of Nablus as a result of direct firing by Israeli soldiers,” the ministry said on Tuesday.

“According to an eyewitness, the [Israeli] soldiers fired at the car in which the three Palestinians were travelling. “She said she kept hearing gunfire for more than a minute.

“When we got to the location, the car was being towed away, it was totally riddled with bullets. At the hospital where the bodies were taken the doctors said they had a hard time recognizing the victims because of the gunshots.

“The Israeli defence minister commended the army for doing this operation,” she said.

Witnesses told Anadolu Agency that the incident involved a member of Israel’s special forces in a civilian vehicle storming the city’s al-Makhfieh neighborhood, and opening fire at the car.

The PA’s Ministry of Foreign Affairs has called for an international investigation into the killings while the PA cabinet described it as a “heinous crime”.

The foreign ministry held the Israeli government and Prime Minister Neftali Bennett “fully and directly responsible for this crime”.

“The silence of the international community to Israeli violations and crimes provides a cover to these criminal acts and encourages the Israeli occupier to continue in its open warfare against the Palestinians,” it said in a statement.

The Shin Bet internal security agency said the three were in a vehicle and were killed in a clash with security forces. No Israelis were killed or wounded in the shooting, it added.

Palestinian and international rights groups have long condemned what they see as a policy of shoot to kill and excessive use of force.

Late last year, Israeli troops killed a Palestinian man during a raid in the Ras al-Ain area in Nablus.

During the same period, an ultraorthodox Jew was injured after being allegedly stabbed by a Palestinian attacker outside the walls of Jerusalem’s Old City.

Meanwhile, earlier this month, Amnesty International said in a new report that Israel was carrying out “the crime of apartheid against Palestinians” and must be held accountable for treating them as “an inferior racial group”.

In the West Bank and East Jerusalem, Palestinians have also been subjected to an increase in violent attacks by Israeli settlers.

During the 1967 Middle East war, Israel took control of East Jerusalem and the West Bank. More than 700,000 Jewish settlers already live in the territories, in 164 settlements and 116 outposts that Palestinians want to be part of their future independent state.

All Jewish settlements in the occupied regions are unlawful under international law.

Settlements, according to Palestinians and the majority of the international world, are a major impediment to peace.