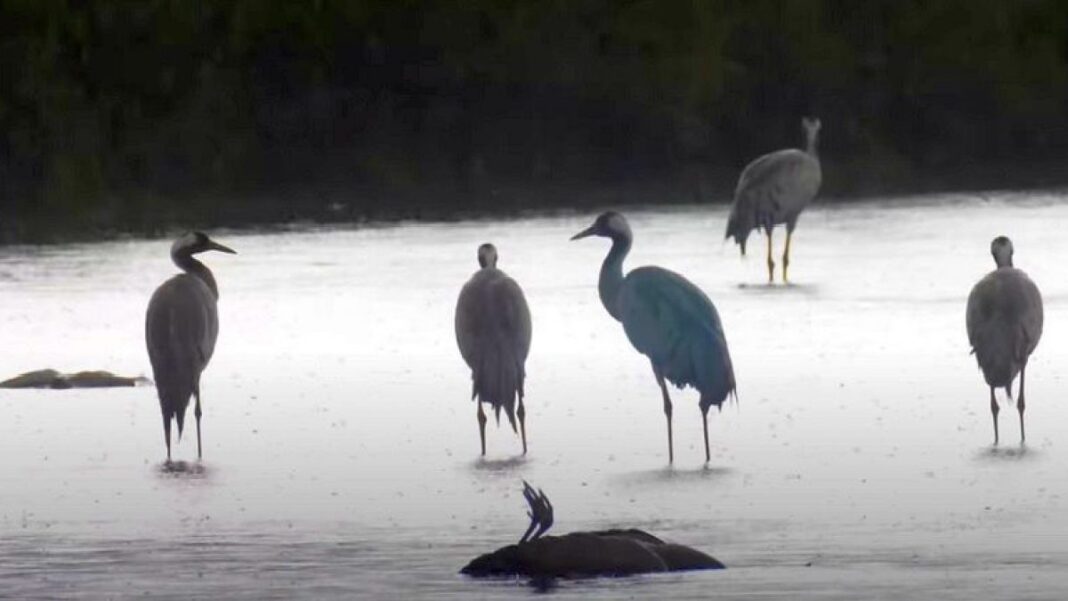 West News Wire: Officials with the Israel Nature and Parks Authority reported on Sunday that more than 2,000 wild cranes perished in Israel due to bird flu at a massive nature reserve in the country’s north.

“2,000 wild cranes have perished so far, and an estimated 10,000 are afflicted,” the authority’s bird biologist, Ohad Hatsofe, told AFP.

He stated that while there are occurrences in Israel every year, “this year is more important,” and that the number of deceased animals since Monday is “extraordinary.”

More than 100,000 wild cranes have arrived in Israel since October, with the bulk staying in the Hula Valley in the north before taking to the skies again.

About 40,000 remain in Israel, mostly in this valley, before resuming their journey to the breeding grounds from March.

Other outbreaks of H5N1 avian influenza have been detected in agricultural localities in northern Israel where poultry farms are located.

The Israeli Ministry of Agriculture said on Sunday it was suspending the marketing of eggs from these farms.

It also said it was putting in place measures to import eggs to cope with a possible shortage.

While the risk of transmission of bird flu to humans is very low, experts from the Israel Nature and Parks Authority said, the H5N1 virus strain can be dangerous if contracted by humans.