wnw24
Home Politics In connection to Amir Locke’s death, a teen has been arrested 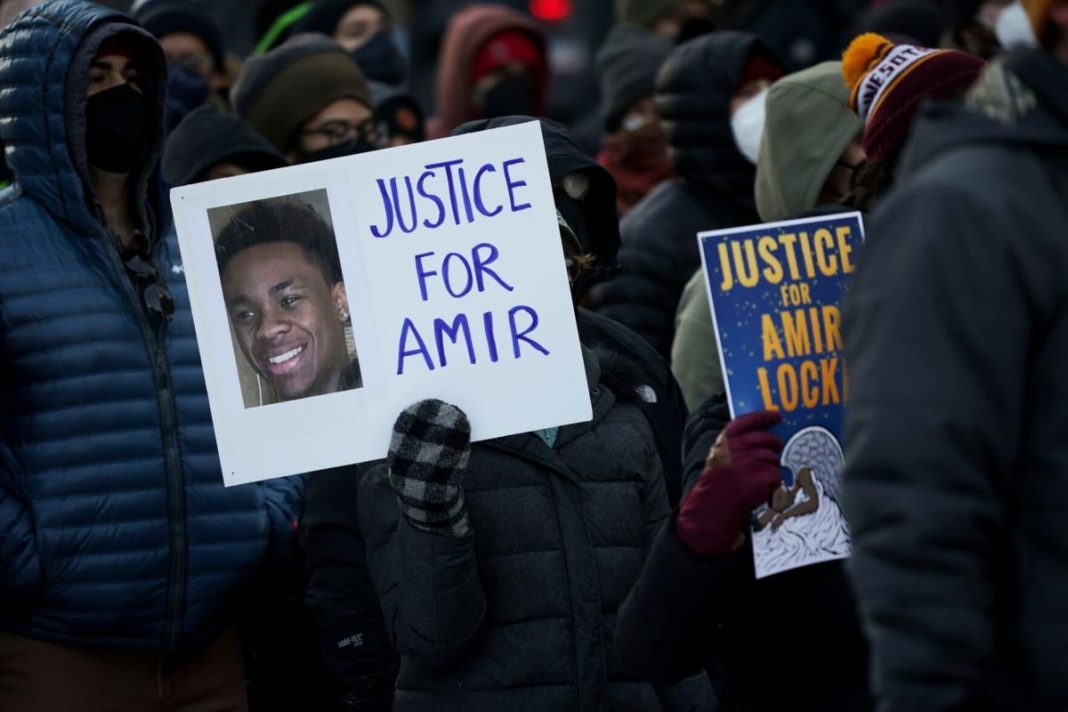 West News Wire: A 17-year-old teen has been detained in connection with the “no-knock” search warrant that led to the death of Amir Locke, a 22-year-old who was shot and killed by Minneapolis police officers.

According to civil rights attorney Ben Crump, Locke, who was fatally shot last Wednesday, was not listed in the no-knock warrant. The warrant was served on behalf of the St. Paul Police Department, who were looking for a homicide suspect.

Officers were shown on body camera video carrying out the no-knock search warrant and discovering Locke, who was asleep under a blanket on the couch and holding a revolver.

Locke is shown sitting up with a revolver and was shot less than 10 seconds after officers entered the room, his body still covered in blood.

Officers from the Minneapolis Police Department had been to the apartment where Locke was killed 10 times in the last seven months for 911 calls related to threats, disturbances, narcotic activity, suspicious activity and domestic abuse, according to 911 calls news sources.

The most recent 911 calls had been placed for “unknown trouble” on Feb. 1 and a “suspicious person” on Jan. 19, according to police records.

Police had obtained a search warrant for the apartment, which belongs to a family friend of the suspect’s brother, because staff at the apartment building told investigators that the suspect had a key to the unit and because he was present during numerous occasions when officers responded to 911 calls.

In a statement, Crump said the family and their legal team is aware of the arrest, adding that Locke’s cousin was not in the apartment at the time of the shooting.

“All available information confirms that Amir was never a target of that investigation, of those search warrants,” Crump said. “We must remain focused on the fact that Amir was an innocent young man of a raid gone terribly wrong, who is now the latest statistic and victim of the dangerous and intrusive no-knock warrant techniques that must be banned.”

Over the weekend, a caravan of about 50 vehicles drove through Minneapolis demanding justice for Locke, some in front of the home of interim Police Chief Amelia Huffman, demanding that she resign from her post.

The officer who shot Locke, identified by police as Mark Hanneman, was placed on administrative leave pending the outcome of the investigation, in accordance with department policy.