wnw24
Home Politics In China, a lunchtime blast killed 16 people in a cafeteria 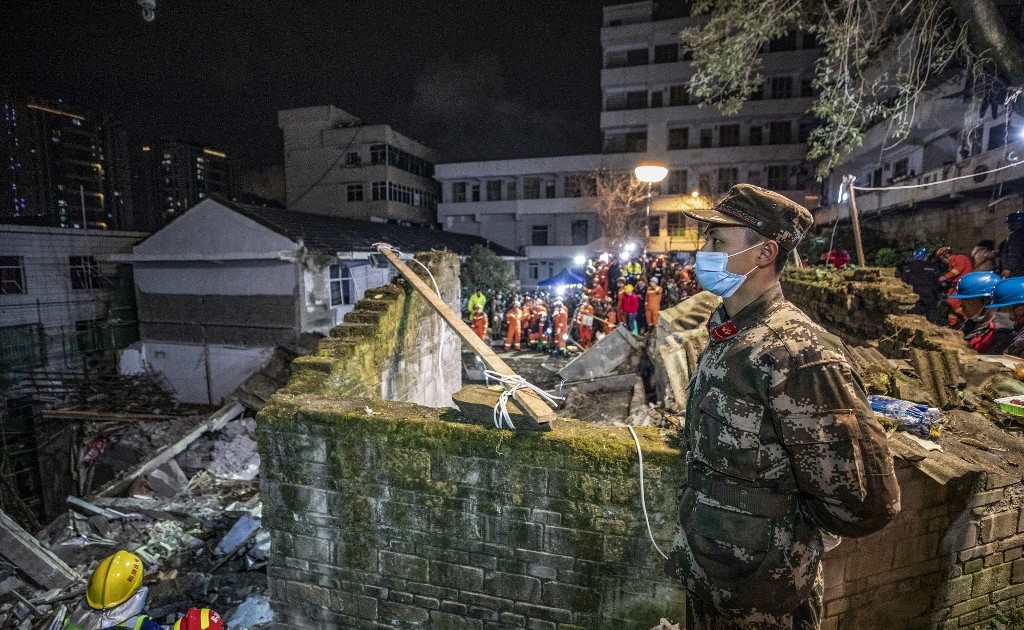 West News Wire: Authorities say a lunchtime explosion at an office cafeteria in southwest China killed 16 people and wounded ten others on Friday.

According to a statement posted on the Chongqing municipal government’s website, the incident was caused by a gas leak.

Victims were trapped inside as the cafeteria collapsed. According to the official Xinhua News Agency, rescue personnel combed the rubble throughout the night and retrieved all of the dead around midnight. According to Xinhua, one of the survivors was in critical condition.

The bomb occurred around 12:10 p.m. at a government sub district office in Wulong District, which is roughly 75 kilometers (120 miles) west of Chongqing and noted for its spectacular karst rock formations.