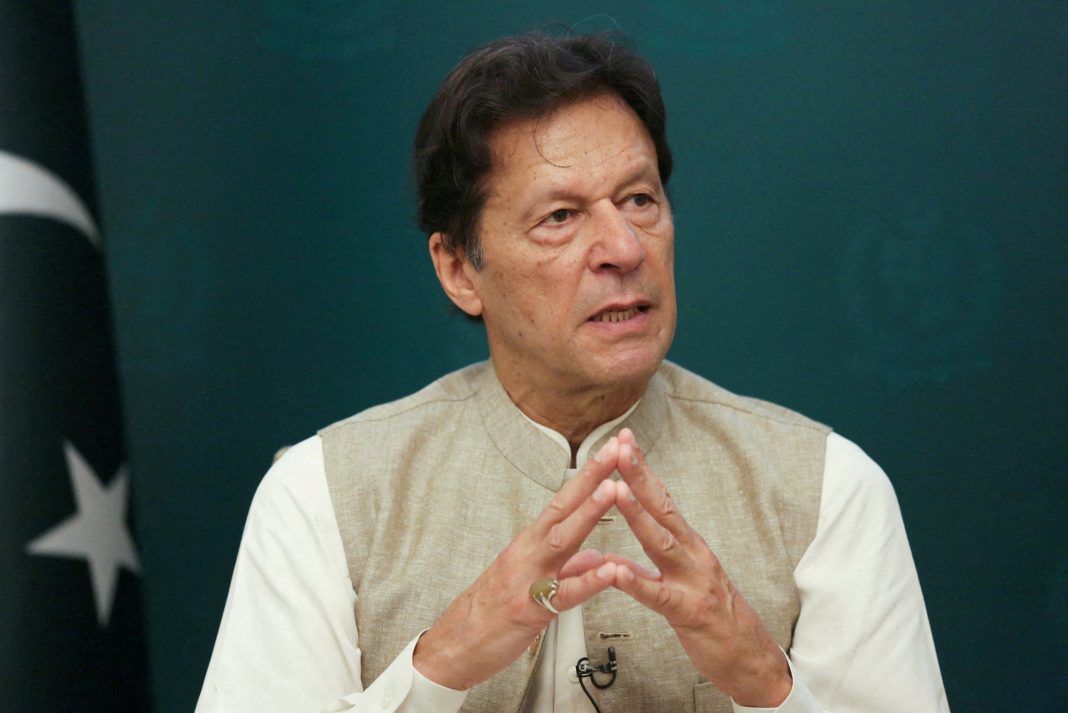 West News Wire: Authorities announced on Monday that Imran Khan has been prosecuted by the Pakistani police under anti-terror laws, days after the former prime minister attacked police and a judge at a sizable protest in the nation’s capital, Islamabad.

The police investigation comes a day after Khan’s remarks were banned for “promoting hate speech” against “state institutions and policemen” by the country’s main media regulatory body, heightening political tensions in the nation as he has been organizing large-scale protests to win back his position.

The former prime minister claimed that a close aide had been tortured following his imprisonment and vowed to sue police personnel and a female judge in a speech on Saturday.

He could face several years in prison for the new charges, which accuse him of threatening police officers and the judge. However, he has not been arrested on other lesser charges against him in his recent campaigning against the government.

Under Pakistan’s legal system, the police usually file a first information report (FIR) about the charges against an accused to a magistrate judge, who allows the investigation to move forward. Typically, police then arrest and question the accused.

The report against Khan includes testimony from Judge Ali Javed, who described being at the Islamabad rally and hearing Khan criticise the inspector general of Pakistan’s police and another judge.

Khan reportedly said: “You also get ready for it, we will also take action against you. All of you must be ashamed.”

The Pakistani judiciary also has a history of politicisation and taking sides in power struggles between the military, the civilian government and opposition politicians, according to the Washington, DC-based advocacy group Freedom House.

Khan came to power in 2018, promising to break the pattern of family rule in Pakistan. His opponents contend he was elected with help from the powerful military, which has ruled the country for half of its 75-year history.

He was removed from power in April in a no-confidence vote brought by the opposition, accusing him of economic mismanagement as inflation soared and the Pakistani rupee plummeted in value.

The cricketer-turned-politician has alleged he was deposed in a US-led plot, dubbing the succeeding government led by Prime Minister Shehbaz Sharif as an “imported government”. He has also blamed the “establishment”, indirectly taking aim at the country’s powerful army. But he has not provided proof in support of his allegations.

Washington and Sharif have denied the allegations.

Khan has been carrying out a series of mass rallies across the country, trying to pressure Sharif’s government.

On Sunday, global internet monitor NetBlocks said internet services in the country blocked access to YouTube after Khan broadcast a live speech on the platform despite a ban by the Pakistan Electronic Media Regulatory Authority.

Police arrested Khan’s political aide, Shahbaz Gill, earlier this month after he appeared on the private television channel ARY TV and urged soldiers and officers to refuse to obey “illegal orders” from the military leadership. Gill was charged with treason, which under Pakistani law carries the death penalty. ARY also remains off-air in Pakistan following the broadcast.

Khan accused police of abusing Gill in custody. Police say Gill suffers from asthma and has not been abused in detention.