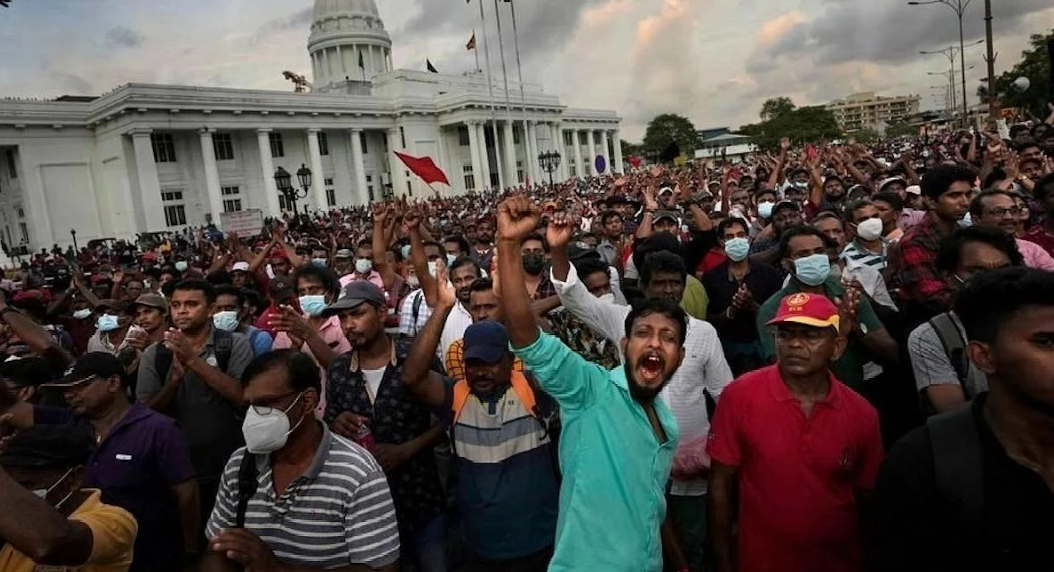 West News Wire: According to a tentative deal, the International Monetary Fund will give Sri Lanka $2.9 billion over four years to help the country recover from its worst economic crisis, the organization said on Thursday.

The agreement will seek to reestablish financial and macroeconomic stability, ensure debt sustainability, and unleash the nation’s growth potential, according to a statement from the IMF team now in Sri Lanka.

The package is subject to the management and executive board of the IMF’s approval, as well as receipt of guarantees from Sri Lanka’s creditors, which include nations like China, India, and Japan, that the country’s debt will once again be sustainable.

Sri Lanka is in the midst of an unprecedented economic crisis with acute months long shortages of essentials like fuel, medicine, and cooking gas due to a severe foreign currency dearth. Though cooking gas supplies were restored through World Bank support, shortages of fuel, critical medicines and some food items continue.

The island nation has suspended repayment of nearly $7 billion in foreign debt due for this year. The country’s total foreign debt amounts to more than $51 billion of which $28 billion has to be repaid by 2028.

Sri Lanka’s economy is expected to shrink by 8.7% in 2022 with inflation rising above 60%, the IMF said, adding that the impact has hit the poor and vulnerable the hardest.

Wickremesinghe delivered his first budget proposal after he was elected by Parliament in July to fill the rest of the five-year term of ousted President Gotabaya Rajapaksa, who fled the country in July and resigned after protesters who blame him and his family for the crisis stormed his official residence.

Wickremesinghe said the United Nations and other international organizations have launched a program to ensure food security. Schools have reopened and universities have resumed classes after long closures, he said. However, long fuel lines have reappeared after a quota system seemed to have brought them under control over the past weeks.

In his budget speech, Wickremesinghe said his administration’s fiscal program will strive to increase government revenue to around 15% of the GDP by 2025, cut down public sector debt, control inflation and increase value added tax to 15% from the current 12%.

The new budget came amid a relative calm following months of public protests that ousted the once-powerful Rajapaksa political dynasty. Sri Lanka’s crisis was made worse by global factors like the pandemic and Russia’s invasion of Ukraine, but many have accused the Rajapaksas of severe economic mismanagement and corruption that pushed the country into bankruptcy.

Rajapaksa is now in Thailand. Party leaders say he is expected to return from exile early in September and have asked Wickremesinghe to provide him with security and facilities to which a former president is legally entitled.

Since becoming president, Wickremesinghe has cracked down on protesters and dismantled their main camp outside the president’s office. The use of a harsh anti-terror law to detain a protest leader has led to the United States and European Union raising human rights concerns.