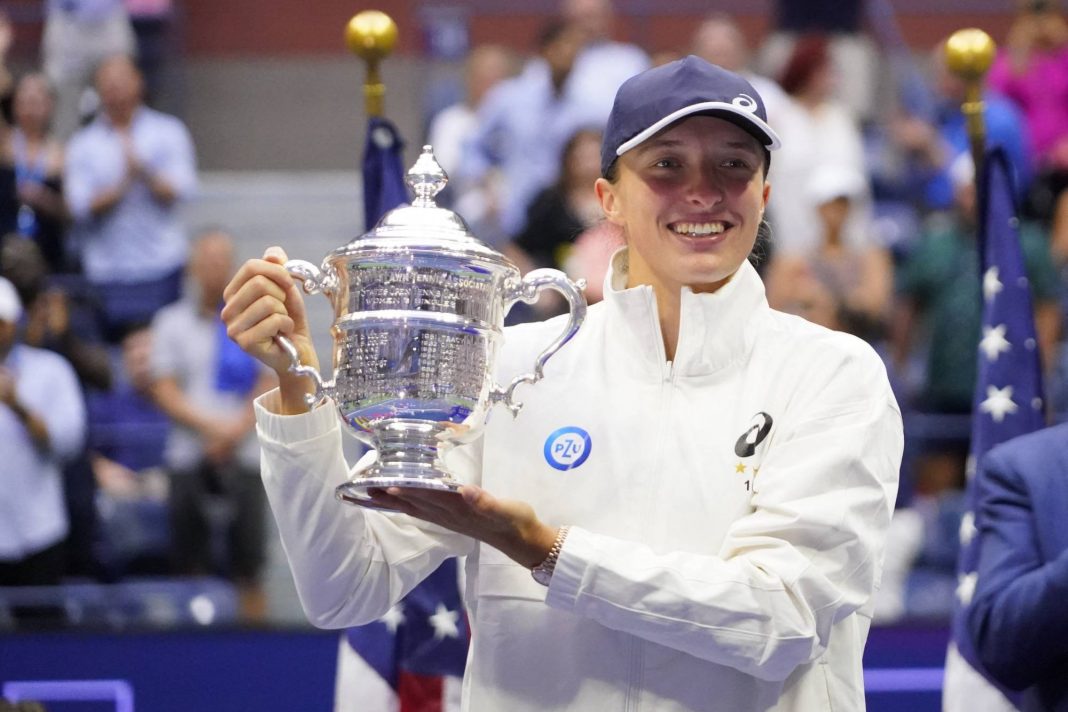 West News Wire: Outside of Poland, at least, the 2022 US Open will always be remembered for saying goodbye to Serena Williams, the sport’s reigning female champion.

The sport may have a new leader on its hands after Poland’s Iga Swiatek won the women’s singles title on Saturday by defeating Ons Jabeur of Tunisia in the afternoon at Arthur Ashe Stadium.

The top-ranked player in the world, Swiatek, lived up to expectations by defeating Jabeur 6-2, 7-6(5) to win the US Open singles championship. In her brief career, Swiatek won three Grand Slam tournaments, although this was her first victory on a surface other than clay.

When Jabeur’s last forehand sailed long, Swiatek collapsed on her back after a 1 hour, 51 minute duel that got dangerously close as the afternoon wore on. After a first set that was over in 30 minutes, Swiatek and Jabeur took 81 minutes to finish the second as Jabeur battled back from a service break down twice to get the set into a tiebreaker before Swiatek ultimately prevailed.

How young is this new tennis queen? She is Gen-Z to the core. After the extended congratulatory hug with Jabeur, and a little bit of celebrating, she took a seat in her chair, pulled her phone from her bag and texted away as she awaited the trophy ceremony

For Swiatek, the victory was the latest success in a season full of them. She won 37 consecutive matches and six consecutive titles from late winter to early summer. Those victories included the so-called Sunshine Double winning both the BNP Paribas Open in Indian Wells, Calif., and the Miami Open in March and April.

Those wins, on hard courts similar to those at the U.S. Open, announced Swiatek as a force on courts other than clay, on which she was already dominant. She has won so many 6-0 sets this year a “bagel” in tennis parlance that the saying “Iga’s bakery” was coined.