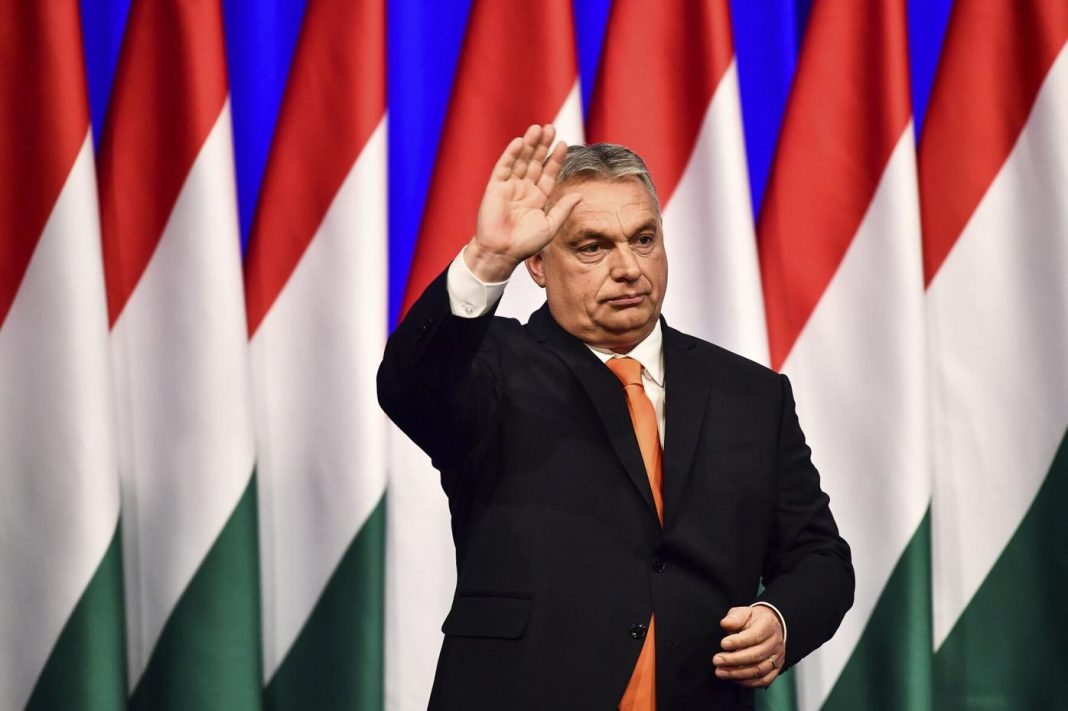 West News Wire: A Russian invasion of Ukraine, Hungary’s nationalist prime minister said on Saturday, might result in hundreds of thousands of Ukrainian refugees rushing across the border into his country.

Viktor Orban, the right-wing populist leader who this year started off his political campaign for Hungary’s parliamentary election on April 3 with his annual address, called for a peaceful resolution to the mounting tensions in Europe stemming from fears of a Russian invasion of Ukraine.

Orban, a staunch opponent of all forms of immigration, stated that it was in Hungary’s best interests to “prevent conflict,” which he claimed would result in a flood of Ukrainian refugees and economic devastation.

While urging a resolution of the tensions through dialogue, Orban said he opposed plans by the European Union to use sanctions against Russia which has built up over 100,000 troops along Ukraine’s borders  as a deterrent.

“Sanctions, punitive policies, lecturing or any other kind of arrogance on the part of the great powers are out of the question,” Orban said.

Orban, who has led Hungary since 2010, has sought one of the closest relations with Russian President Vladimir Putin of any European leader. In a meeting with Putin in the Kremlin last week, Orban lobbied for increased gas shipments from Russia and lauded his country’s increased cooperation with Moscow in the areas of energy, trade and security.

Since Russia’s annexation of Ukraine’s Crimean Peninsula in 2014, Hungary under Orban has consistently opposed leveling EU sanctions against Moscow, although it has always ultimately voted for them.

Hungary has also blocked ministerial meetings between Ukraine and NATO over a Ukrainian language law that Budapest argues violates the rights of the Hungarian ethnic minority in western Ukraine.

Read More
Gun Violence continues in US, 4 injured in Southwest festival in Austin

Yet on Saturday, Orban said that Ukraine serves as a crucial buffer zone between Hungary and Russia and that its “independence and viability are therefore of direct Hungarian interest.”

Declaring that “the military strength of Europe should at least be comparable to that of Russia,” Orban said that Hungary supports the development of European military capabilities and a common European defense force.

Hungary has declined to accept military reinforcements from NATO and the United States  which have been mobilized in several other Eastern European countries in response to the buildup of Russian troops along Ukraine’s borders. He says Hungary’s domestic military is sufficient to protect the country.