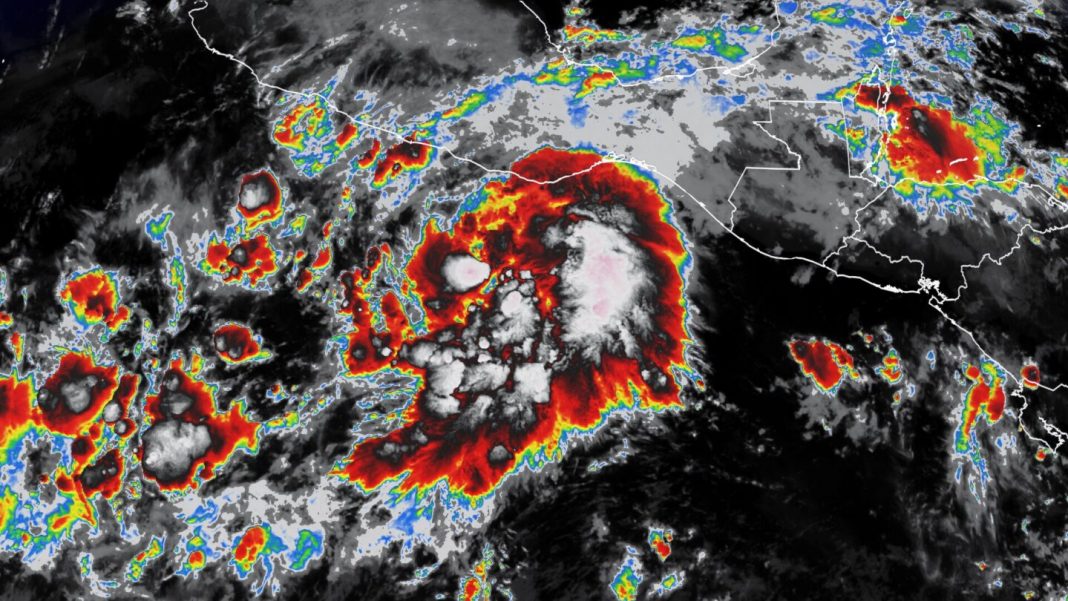 West News Wire: According to the United States National Hurricane Center, Hurricane Agatha, the first of the season, was barreling towards Mexico’s southwest coast, where it was expected to make landfall as a powerful Category 3 storm.

The hurricane is predicted to make landfall on Monday afternoon local time along the Puerto Escondido and Puerto Angel in the southern state of Oaxaca, an area peppered with laid-back tourist resorts.

The storm reached maximum sustained winds of 175km/h (110mph) as of late Sunday, only 1.6kmph (1mph) below the Category 3 threshold, according to the hurricane center. The storm’s centre was about 225km (140 miles) southwest of Puerto Angel and heading to the northeast at 9kmph (6mph).

The storm could also represent the strongest hurricane ever to make landfall in the month of May in the Eastern Pacific basin if it is a Category 2 or higher by the time it reaches the coast, according to AccuWeather, a US-based weather forecaster.

A hurricane warning was in effect between the port of Salina Cruz and the Lagunas de Chacahua.

The National Hurricane Center said the storm was expected to drop 250mm to 400mm (10-16 inches) of rain on parts of Oaxaca, with isolated maximums of 500mm (20 inches), posing the threat of flash floods and mudslides.

On Sunday, Oaxaca civil defence office published photos of fishermen hauling their boats up on beaches to protect them from the storm. It said the outer band of the storm had already begun to hit the coast.

Municipal authorities in the resort region of Huatulco ordered “the absolute closure” of all the resort’s beaches and its famous “seven bays”, many of which are reachable only by boat. They also closed local schools and began setting up emergency storm shelters.

Mexico is buffeted by hurricanes on both its Pacific and Atlantic coasts, generally between the months of May and November.

Last week, forecasters with the US’s National Oceanic and Atmospheric Administration (NOAA) predicted the seventh consecutive year of record-shattering Atlantic hurricanes, estimating 14 to 21 named storms, six to 10 of which will become hurricanes. They estimated three to six of those would develop into major hurricanes.

Scientists have blamed rising ocean temperatures, the result of climate change, on the increase in the regularity and severity of storms.