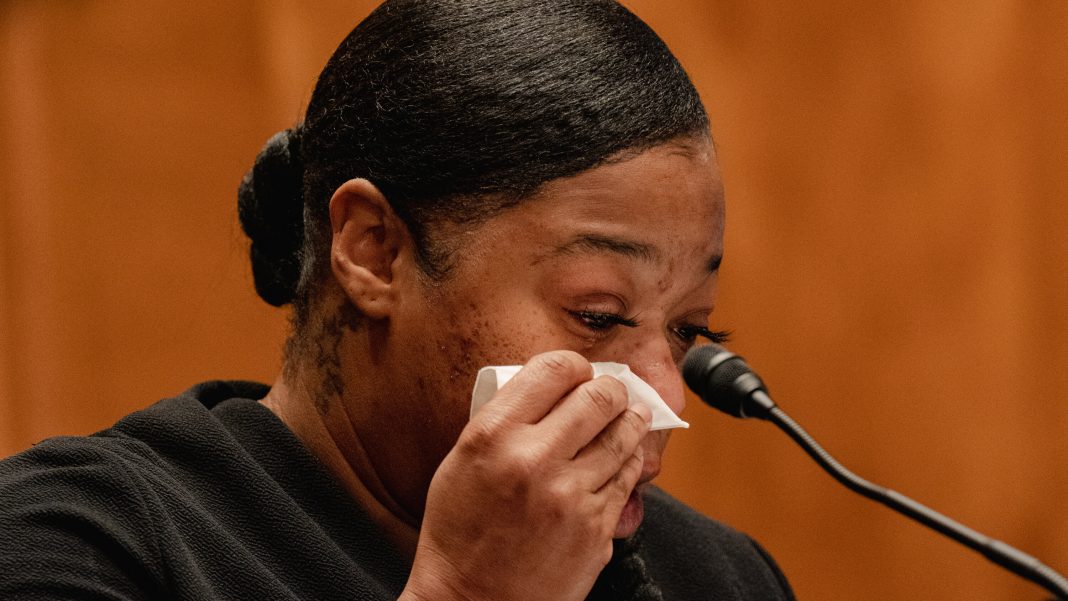 West News Wire: After nearly 20 years, Mia Wheeler, 49, is finally having her day in court. At least 900 former prisoners have come forward with claims of sexual assault in New York state prisons, including Wheeler.

One of the plaintiffs, Mia Wheeler, claimed, “Prior to going to prison, I always felt that prison was for rehabilitation.” But when you are experiencing sexual assault, it can be difficult to turn things around. It tricks your mind and diverts your attention from everything.

At the Bedford Hills Correctional Facility in Westchester County, Wheeler claims that a prison officer repeatedly sexually attacked her. She wanted to report him but held back out of concern for punishment.

She is now suing the state for $20 million dollars in damages for the pain and suffering and expenses she sustained as a result of the alleged abuses. New York State requires a monetary amount for civil suits claiming damages.

The lawsuit has been filed under the Adult Survivors Act, a law passed in May that allows alleged victims to file new civil suits within one year with no statute limitation in place.

In a statement to a news channel, The Department of Corrections & Community Supervision said, in part, “DOCCS has zero tolerance for sexual abuse, sexual harassment and unauthorized relationships. The Department thoroughly investigates all reports of sexual victimization, including unauthorized relationships, and retaliation against any individuals who report incidents or cooperate with those investigations. Individuals who violate Department rules are disciplined by the Department and when there is evidence that a crime was committed, DOCCS refers those cases for criminal prosecution to the fullest extent permitted by law.” “The Department does not comment on possible or pending litigation.

U.S. federal law and nearly all states criminalize any sexual relations between staff and inmates.

Wheeler told a news channel, “Nightline” that speaking the truth now is a step toward healing for her. And when the painful memories become too much to bear, Wheeler says she leaves the house on her roller skates.

When she was only 11 years old, tragedy set Wheeler’s otherwise idyllic childhood on an unfortunate path, turning her towards self-medication and drugs when her 15-year-old brother died unexpectedly.

“It destroyed my family’s life,” she told reporters. “It was hard financially. I made poor decisions. I made poor choices. And as a woman, I knew I had to pay for them.  But in that, I don’t feel like we have to be abused, used or degraded.”

Later convicted on drug-related charges, Wheeler says she was befriended by a Bedford correctional officer who went on to rape her, telling her she’d “reap the repercussions” if she ever told anyone about the multiple assaults. Wheeler’s lawsuit claims no amount of saying “no” stopped the guard from repeatedly forcing her to have sex.

After years of remaining silent, Wheeler broke down during a phone call with senior investigator Brooke Slater of Slater Slater Schulman LLP, speaking on what she experienced for the very first time. Now, the firm notorious for winning cases against the Catholic Church and the Boy Scouts of America is teaming up with civil rights attorney Ben Crump to see that hundreds of marginalized women get justice.

“There are thousands of women who have been incarcerated who have suffered in silence for decades,” Crump said. “And so we’re trying to say, ‘Come forward. You will be heard. You can speak your truth. Your voice will not be silenced.’”

Wheeler says she and other plaintiffs have come together in sisterhood “forged in trauma and pain but going forward with strength, victory and unity.”

“I find solace in the idea that I’m speaking the truth to you. And it is sufficient to protect me “explained Wheeler. “I have a group of people at my side who believe in and support me, the other women, and who have given us the confidence to speak out about our truths.

According to Wheeler, telling her tale is only the first step in pursuing justice.

“I’d like to see change. I want to see change. Because it seriously affects your life, I don’t want another lady to have to endure harm and suffering in quiet, she said.

“This is dedicated to all the women who endured pain in silence. Our suffering is over. We can speak up. We have value.