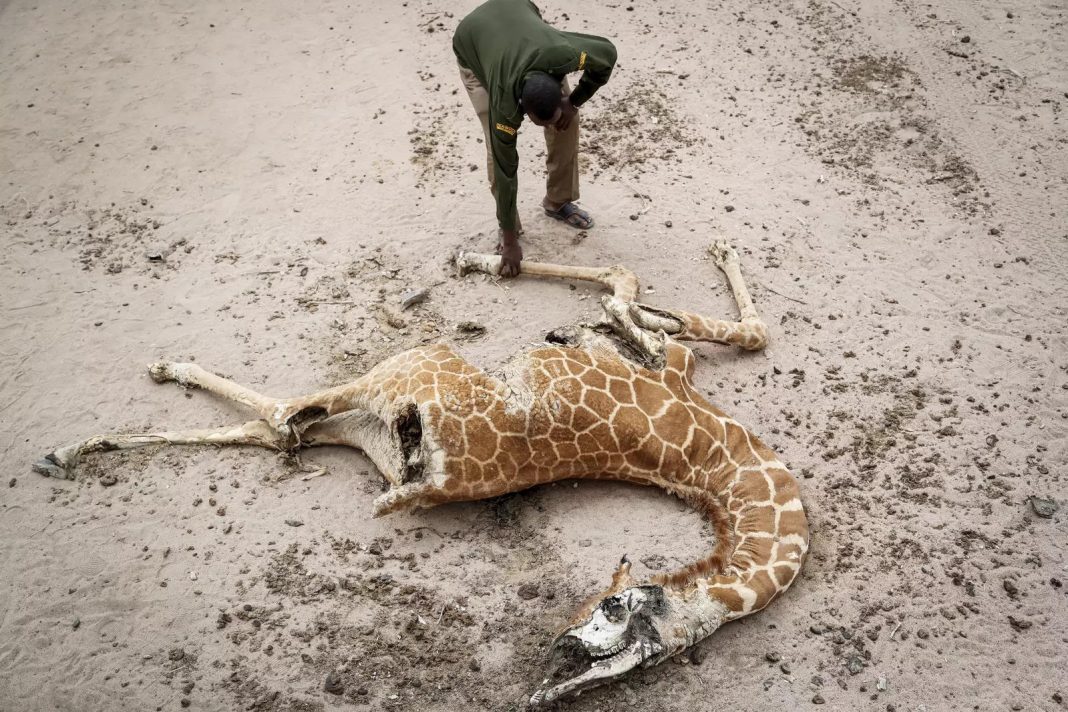 According to the report, over the past nine months, 205 elephants, 512 wildebeests, 381 common zebras, 51 buffaloes, 49 Grevy’s zebras, and 12 giraffes had perished.

In the past two years, parts of Kenya have gone through four seasons without enough rain, with disastrous results for both people and animals, especially livestock.

According to the authors of the research, some of Kenya’s most popular national parks, reserves, and conservancies, including the Amboseli, Tsavo, and Laikipia-Samburu regions, are located in the worst-affected ecosystems.

They called for an urgent aerial census of wildlife in Amboseli to get a broader view of the drought’s impact on wild animals there.

Other experts have recommended the immediate provision of water and salt licks in impacted regions. Elephants, for example, drink 240 liters (63.40 gallons) of water per day, according to Jim Justus Nyamu, executive director of the Elephant Neighbors Center.