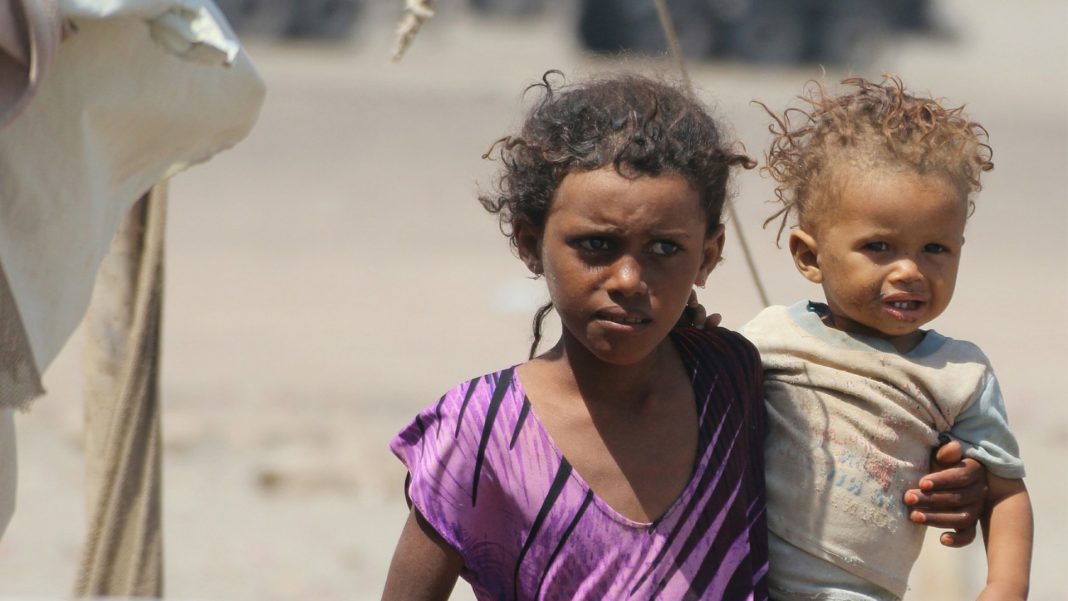 West News Wire: Children are the “first and most affected,” according to UNICEF, with more than 10,000 kids killed or maimed since the Saudi-led military alliance began air raids in the Middle East’s poorest country in 2015.

Yemen has turned into a hellish place for children. Millions of parents are unsure if their children will live to see another day. Over 10,000 youngsters have died or been harmed.

The presence of ongoing violence, mines, and explosive leftovers of conflict is unavoidable. Some 2.2 million children under five are acutely malnourished.  More than half a million suffer from severe acute malnutrition, a life-threatening condition.

Nearly 8.5 million children do not have access to safe water, sanitation, or hygiene, exacerbating the risk of water-borne diseases and further malnutrition.  More than 10 million children and almost 5 million women cannot properly access health services or receive medical attention. More than 2 million children are not in school. Another 4 million are at risk of dropping out, especially girls.  Teachers have not been paid their salaries for more than four years.

In Yemen today, 4 out of 5 children are in urgent need of humanitarian assistance.  With no political solution in sight, these needs will also continue unabated.

UNICEF are helping more than 2 million people in remote rural areas to access public health care centers and we are providing vaccination to at least 4 million children. It is providing emergency cash transfers to almost 1.4 million families every quarter, a lifeline for 9 million people to buy get supplies and services. And helping more than a half million children access formal and non-formal education, including early learning.

UNICEF and our partners will continue to deliver for Yemen’s children.  But we are running out of funds.

UNICEF renews our call to all parties to the conflict to keep children safe at all times and to refrain from attacks on populated areas and vital civilian infrastructure. We renew our call for sustained, unconditional, and uninterrupted humanitarian access.

It renew our call to keep ports and airports open to facilitate critical deliveries of lifesaving supplies. Most of all, for every child in Yemen, UNICEF renews the most urgent call of all: the call for peace.

The words of Sawsan, a 10-year-old Yemeni girl: “I believe in peace and hope that one day it will prevail in my country. We live in a war and no child is safe. I wish that one day the whole world will be filled with peace.” The world must answer her call.  Now.  Before it is too late.