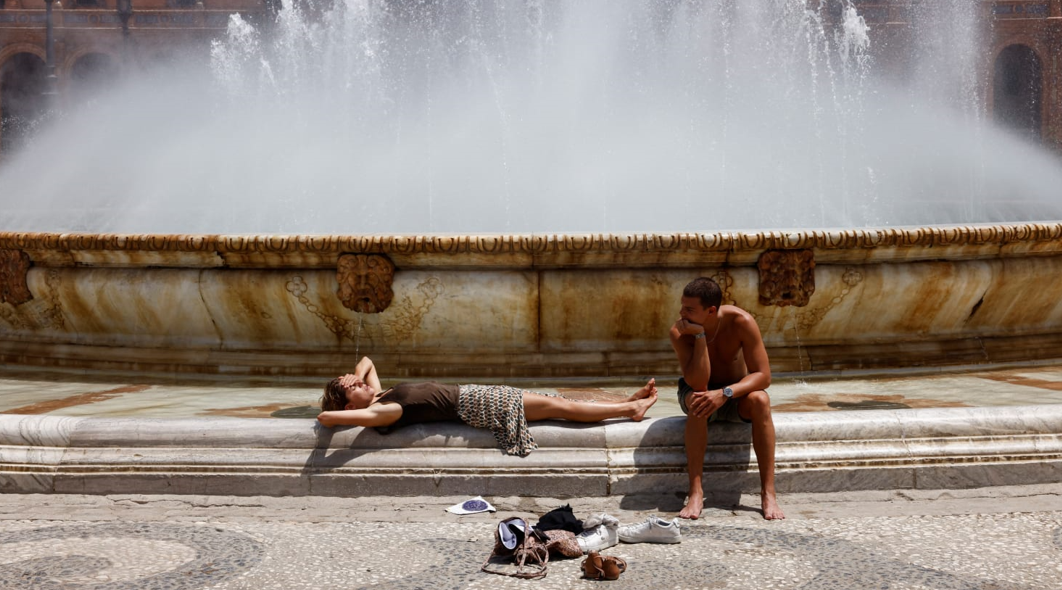 West News Wire: In the past week, hundreds of people have perished in Spain and Portugal from heat-related causes as Europe continues to struggle with temperatures exceeding 40C.

According to statistics from Spain’s Carlos III Institute, between July 10 and July 16, 510 individuals died in Spain as a result of the heatwave.

On Monday, temperatures in some parts of the nation rose beyond 43 degrees. Officials claim that continuous forest fires brought on by the heat have forced the evacuation of roughly 3,000 people and destroyed between 12,000 and 15,000 hectares.

Over the previous week, excessive heat in Portugal has claimed the lives of 659 people, the majority of them were elderly.

The country is also suffering from devastating wildfires. On July 15, a pilot died in a crash involving a firefighting plane.

France and Greece are also experiencing temperatures of over 40 degrees. The French Health Ministry has not shared information on heat-wave casualties so far but is expected to do so at the end of the month. On Wednesday, the heat is expected to decrease both in France and in the neighboring UK.

In Britain, last night was officially the hottest on record with the temperature reaching 25.8 degrees Celsius. On Tuesday, temperatures in the UK breached 40C for the first time since 1922, when records began. At 12.50pm, the meteorological office recorded 40.2C at Heathrow Airport. The UK National Health Service warned of inevitable deaths from heat-related causes.

As temperatures continue to soar in many areas, Britons have been warned to travel only when “absolutely necessary.” Due to a large number of fires in the capital, the London Fire Brigade has declared a “major incident.”.