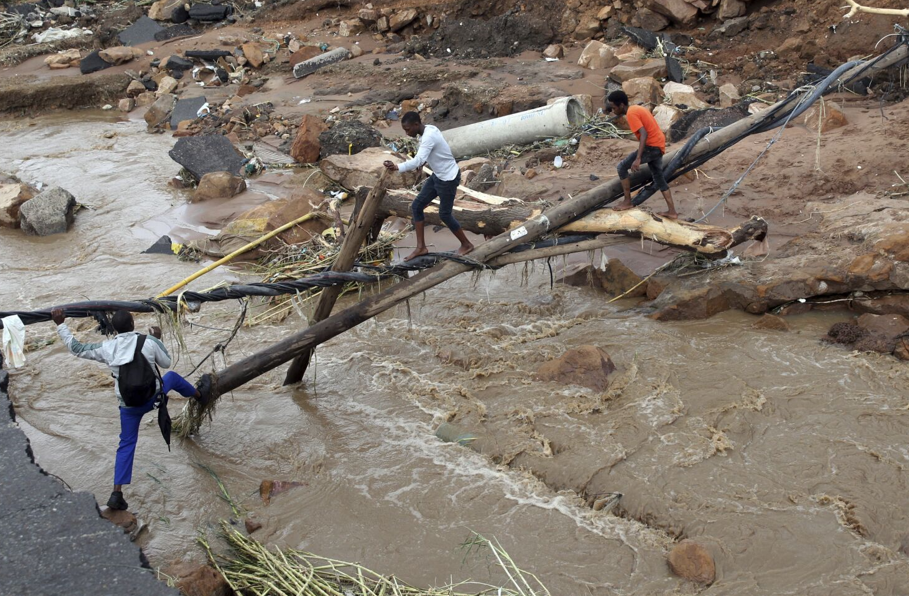 West News Wire: Three individuals died after being struck by a big wave in the coastal city of Durban, South Africa, according to emergency services on Sunday.

According to EMS spokeswoman Njabulo Dlungele, the emergency medical services “responded to reports of a freak wave that washed a group of beachgoers into the pier causing several casualties.” Three persons, one a teenager, were regrettably pronounced dead at the scene.

According to Nlungele, at least 17 additional individuals were also transported to various medical centers for treatment after being hurt by the tsunami.

Durban is usually a hive of activity around the holiday season, attracting local and international tourists to its beaches.

This year’s festive season is expected to attract many travelers eager to return to the beaches after the years when COVID-19 lockdowns and precautions reduced tourism in Durban.

The port city on South Africa’s eastern Indian Ocean coast has been gradually reopening its beaches after some were closed due to high levels of E. coli following devastating floods in parts of the KwaZulu-Natal province earlier this year.