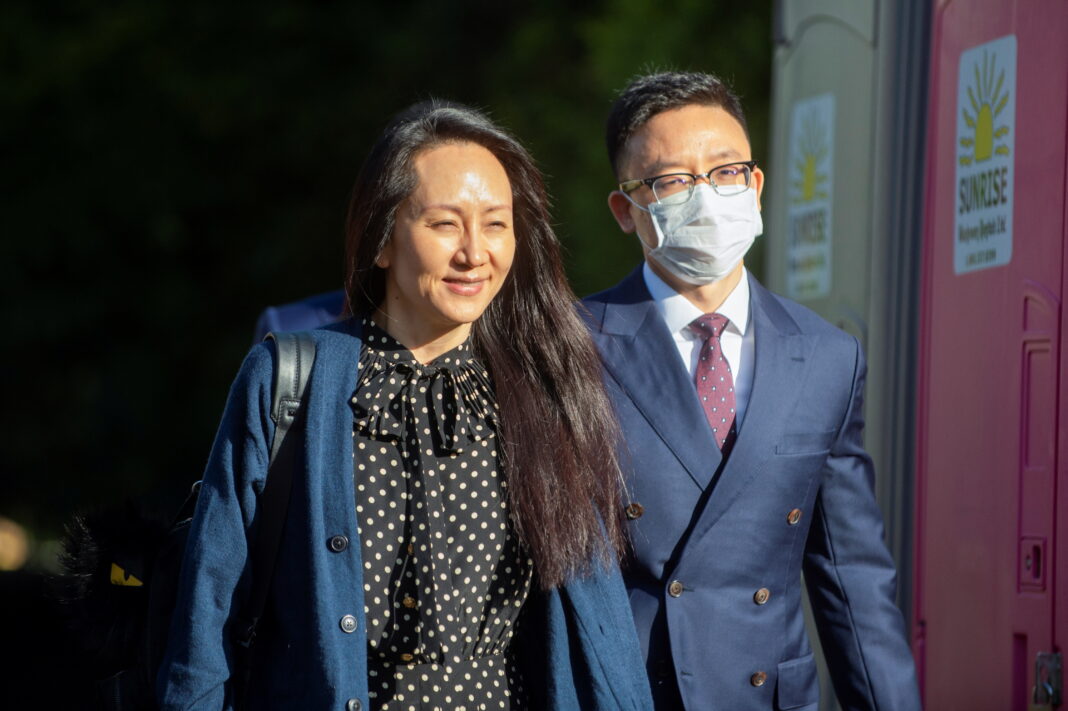 West News Wire: Huawei Chief Financial Officer Meng Wanzhou has reached an agreement with US prosecutors to end the bank fraud case against her, officials said.

The move allows Meng to leave Canada, relieving a point of tension between China and the United States.

Canadian broadcast showed Meng boarding a flight to the city of Shenzhen shortly after she was granted release in a Vancouver court hearing.

China has yet to issue an official statement on Meng’s release. But Lijian Zhao, a senior Foreign Ministry spokesman, wrote in one of his social media accounts saying, “Welcome home.”

The state-backed Global Times also welcomed Meng’s release, while remaining critical of Canada with one analyst accusing it of being a “willing accomplice” of the United States.

The years-long extradition drama has been a central source of discord in increasingly rocky ties between Beijing and Washington, with Chinese officials signaling that the case needed to be dropped to help end a diplomatic stalemate between the world’s top two powers.

The deal also opens US President Joe Biden up to criticism from China hawks in Washington who argue his administration is capitulating to China and one of its top companies at the centre of a global technology rivalry between the two countries.

Meng was arrested at Vancouver International Airport in December 2018 on a US warrant, and was indicted on bank and wire fraud charges for allegedly misleading HSBC in 2013 about the telecommunications equipment giant’s business dealings in Iran.

Her arrest sparked a diplomatic storm and drew Canada into the fray when China arrested two Canadians, a businessman and a former diplomat, shortly after Meng was taken into custody.

Beijing has denied publicly that the arrests are linked.

In an exclusive on Friday, Reuters reported that the United States had reached a deferred prosecution agreement with Meng.

Nicole Boeckmann, the acting US Attorney in Brooklyn, said that in entering into the agreement, “Meng has taken responsibility for her principal role in perpetrating a scheme to defraud a global financial institution.”

The agreement pertains only to Meng, and the US Justice Department said it is preparing for trial against Huawei and looks forward to proving its case in court.

At a hearing in Brooklyn federal court on Friday, that Meng attended virtually from Canada, Assistant US Attorney David Kessler said the government would move to dismiss the charges against her, if she complies with all of her obligations under the agreement, which ends in December 2022.

He added that Meng will be released on a personal recognizance bond, and that the US plans to withdraw its request to Canada for her extradition.

Meng – the daughter of Huawei founder Ren Zhengfei – pleaded not guilty to the charges in the hearing.

A Canadian judge later signed Meng’s order of discharge, ending her bail conditions and allowing her to go free after nearly three years of house arrest.

She was emotional after the judge’s order, hugging and thanking her lawyers.

Speaking to supporters and reporters on the steps of the court afterwards, Meng thanked the judge for her “fairness” and talked of how the case had turned her life “upside down”.

Beyond solving a dispute between the United States and China, the agreement could also pave the way for the release of the two Canadians, businessman Michael Spavor and former diplomat Michael Kovrig, who have been held in China.

In August, a Chinese court sentenced Spavor to 11 years in prison for espionage.