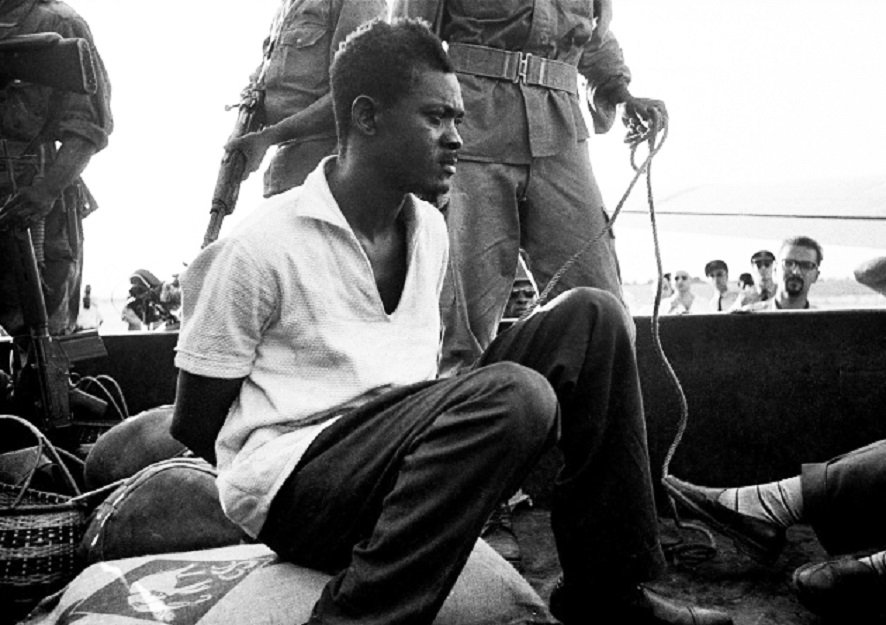 West News Wire: The question of how Patrice Lumumba, the first prime minister of the newly independent Democratic Republic of the Congo, died—and the related questions of who killed him and why—were subject to much speculation for decades.

Since January 17, 1961, no one has been held accountable for the brutal murder of Congo’s independence leader and first prime minister Patrice Lumumba who was shot dead with two of his ministers, Joseph Okito and Maurice Mpolo.

However, all fingers point to multinational perpetrators who sanctioned the elimination of one of Africa’s bravest politicians and independence heroes who stood his ground against colonizers.

“Don’t compromise the future with hasty reforms, and don’t replace the structures that Belgium hands over to you until you are sure you can do better. Don’t be afraid to come to us. We will remain by your side and give you advice,” he said.

An outraged Lumumba rather gave a damning speech highlighting “humiliating slavery, which was imposed upon us by force.” This heightened Belgium’s disinterest in Lumumba whose government was already being opposed by his political rival and president Joseph Kasavubu.

Only three months into the new and independent Congo, soldiers mutinied against Belgian commanders who refused to leave and some regions, including the mineral-rich Katanga and South Kasai, rebelled against the central government and seceded with the backing of Belgian troops who were sent to protect their interests.

The U.S. was a strong ally of Belgium and had a stake in Congo’s uranium. It is suspected to have planned an assassination as disclosed by a source in the book, Death in the Congo, written by Emmanuel Gerard and published in 2015.

U.S. President Dwight Eisenhower was reported to have given the order without any discussion. Lawrence Devlin, CIA station chief in Congo at the time, told the BBC in 2000 that a CIA plan to lace Lumumba’s toothpaste with poison was never carried out.

By September, the Congolese President Kasavubu dismissed Lumumba as Prime Minister after receiving a telegram from Belgian Prime Minister Gaston Eyskens. Lumumba also declared Kasavubu deposed. This ushered in the takeover by army chief Colonel Mobutu Sese Seko who placed Lumumba under house arrest and guarded by his troops and the United Nations troops.

Lumumba and his two former ministers were flown to Katanga on January 17 while being beaten so badly that the pilot warned the violence was threatening the flight, says De Witte.

They arrived at the Elizabethville (now Lubumbashi) airport and taken into custody by Katangese police and military under the supervision of Belgian forces. They were driven to a colonial villa owned by a wealthy Belgian, Villa Brouwe, and the beatings continued by both the Congolese and Belgian forces.

By that evening, they were semi-conscious and had been visited by Katangese cabinet ministers and President Tshombe himself. Later around 10, a decision was taken on their fate and they were dragged from Villa Brouwe into a nearby bush where a firing squad awaited them.

The execution was commanded by Belgian Captain Julien Gat and Belgian Police Commissioner Frans Verschurre, who had overall command, discloses De Witte in his book based on documents he discovered in the Belgian archives. They were shot separately by a big tree as President Tshombe and two of his cabinet ministers looked on. The bodies were quickly thrown into shallow graves.

To conceal their crimes the next morning of January 18, the Interior Minister Godfried Munongo called a senior Belgian policeman, Gerard Soete, to his office and ordered that the bodies disappeared.

“You destroy them, you make them disappear. How you do it, it doesn’t interest me. All I want is that it happens that they disappear. Once it is done nobody will talk about it. Finished,” Soete recalled Munongo’s orders.

Soete said he and another helper exhumed the corpses and “hacked them in pieces and put them into the acid. As far as our acid because we had two bottles like that of acid, big bottles, but we hadn’t got enough so we burned what we could in those bottles. For the rest I know that my helper made a fire and put them in and we destroyed everything.

“We were there two days. We did things an animal wouldn’t do. And that’s why we were drunk, stone drunk. We couldn’t do things like that. Cut your own, your own – no, no, no. Nobody could say now, today, it’s there, it happened. That’s impossible, you couldn’t,” Soete was quoted in a BBC documentary, Who Killed Lumumba?, which aired in 2000 based on accounts from De Witte’s book published in English in June 2001.

Just as planned, Lumumba’s death was announced a month later on February 13, 1961. Interior Minister Munongo announced that the three prisoners killed their guards and escaped in a getaway car before they were recognized by villagers, who beat them to death.

The truth was hidden despite international protests at Belgian embassies nationwide until 1999 when Ludo De Witte’s book titled, The Assassination of Lumumba, presented new evidence taken from documents long hidden in official archives and interviews of surviving witnesses.