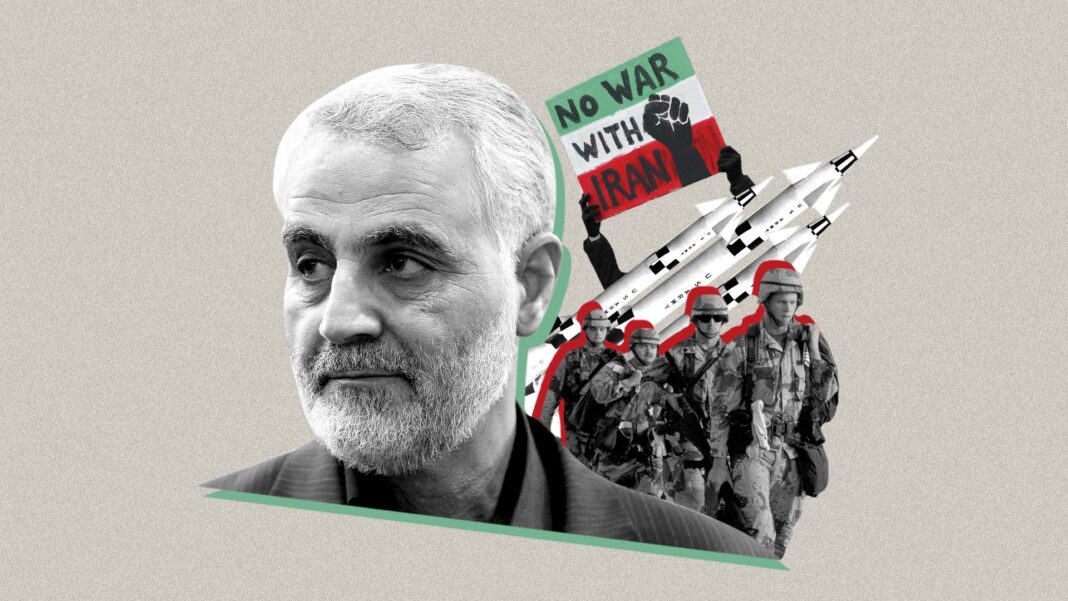 West News Wire: Then Secretary of State Mike Pompeo made a lecture titled “The Restoration of Deterrence: The Iranian Example” in January 2020, only days after the U.S. executed Qassem Soleimani and Iran reacted with a missile assault that wounded over 100 American soldiers. Pompeo stated at the time that the killing “re-established deterrence” with Iran, but as the huge spike in assaults on US interests by Iranian-backed militias has revealed, Pompeo’s claim is much weaker over two years later. It is not necessary to lament the death of a horrible guy to understand that the decision to murder Soleimani was a rash use of executive power that resulted in significant negative consequences for the U.S.

The idea that the strike re-established “genuine deterrence” and averted subsequent assaults has been proven false in light of the exponential spike in militia attacks on U.S. sites after January 2020. In the aftermath of Soleimani’s killing, Iran promptly reacted and sanctioned some militia reprisals against U.S. targets, but the ensuing two years of escalation were mostly caused by the power vacuum that arose in Iraq after his death. The U.S. strike, which killed both Soleimani and Abu Mahdi al-Muhandis, a major Iraqi militia commander, sparked unrest within Iraq’s Popular Mobilization Forces (PMF), an umbrella organization founded in 2014 to combat the Islamic State that is now a vital element of the country’s security forces. This has made it more difficult for Tehran to control its most dangerous Iraqi proxies.

As the most hardline militias grew increasingly emboldened this past spring, it became clear that Esmail Qaani, Soleimani’s replacement as head of the Quds Force, an expeditionary branch of Iran’s Islamic Revolutionary Guard Corps, was unable to wield power and direct the militias’ actions nearly as effectively as his predecessor did. For instance, Iran made a concerted effort to halt attacks on U.S. bases as its nuclear negotiations with the United States resumed in 2021. However, without Soleimani’s unique degree of influence and mediation skills, Qaani’s repeated prohibitions against attacking U.S. bases in Iraq have been rejected by the increasingly independent hardline militias. While the Soleimani and Muhandis assassinations may have successfully weakened Iranian influence over the PMF, the void it created strengthened the most anti-U.S. elements and led to an uncontrolled escalation that Iran was unable to stop.

But these newly empowered hardline factions did not stop there. As they exhibited more operational independence and ramped up their attacks against U.S. forces, they also began aggressively confronting Iraqi prime minister Mustafa al-Kadhimi. Facing immense pressure from the entrenched PMF, Kadhimi attempted a precarious balancing act, promising to rein in the militias while also allowing his government to provide the PMF with a budget of $2.5 billion. Tension between Kadhimi and the militias came to a head after the bloc affiliated with the PMF lost more than half of its seats in the October election and militia members violently protested against the results.

Iraqi militia groups attempted to murder Kadhimi on November 7, when it became evident that the PMF would not be able to influence the election outcome. The strike was not approved by Iran, according to U.S. and Iraqi sources, and Qaani promptly rushed to Baghdad to punish the militias for carrying out an attack that Tehran opposed. Iraqi officials suspect Kata’ib Hezbollah, a Muhandis-founded force that used to get its instructions directly from Iran, is one of the factions behind the attack. “This would not have happened if Qassem Soleimani was still alive,” one Iraqi official said. The suspected involvement of Kata’ib Hezbollah in a brazen murder plot that Iran condemned is simply the most recent unexpected consequence of weakening Hezbollah.

Although it may appear contradictory, the rapid increase in assaults on U.S. forces following Soleimani’s killing, as well as the latest assassination attempt on the prime minister’s life, show that decreasing Iranian control over militias has actually hurt U.S. objectives. In addition to putting American soldiers’ lives in danger, the increase in assaults has hampered the anti-ISIS coalition’s activities, requiring the U.S. to stop operations to safeguard bases from attacks on many occasions and restricting the coalition’s ability to move freely. Furthermore, the PMF’s increasingly antagonistic actions against the Iraqi government has put the country’s fragile political system and security forces in jeopardy.

In addition to its consequences in Iraq, Soleimani’s assassination helped set Iran on a dangerous path of nuclear expansion. Iran fully abandoned the limits of the Joint Comprehensive Plan of Action (JCPOA) immediately after the assassination and announced plans to accelerate uranium enrichment on the first anniversary of Soleimani’s death. Almost two years after the assassination, nuclear negotiations are close to falling apart and the Biden administration is considering the risky option of attempting to destroy Iran’s numerous nuclear facilities.

The failure of the Soleimani assassination to deter Iran-backed militias in Iraq underscores the limits of military force and the inherent challenges in attempting to deter asymmetrical threats. The United States may have changed Tehran’s calculus by killing Soleimani, but it did not make those who actually carry out the attacks feel that the risks of continuing to target U.S. bases are sufficient to refrain from doing so. With the Soleimani and Muhandis, the two people who had the most control over the militias, now dead, Iran has been unable to stop attacks even when it attempts to.

General Frank McKenzie, commander of U.S. Central Command, recently stated that he believes Iraqi militia attacks will increase in the coming weeks. Ultimately, Iraq militia attacks would not need to be deterred if U.S. forces were not in Iraq. Iraqi special forces have proven effective at fighting the remnants of the Islamic State and the objectives of the small advise and assist mission can be achieved without a permanent military footprint. In addition, after years of Iraqi politics being dominated by foreign meddling and sectarianism, a nationalist government that is not perceived as dependent on foreign sponsors is needed to unite the fractured country. U.S. forces and airstrikes in Iraq, which are opposed by many Iraqis and invite divisive political attacks against elected officials, are a significant barrier to the formation of a government that the Iraqi people see as legitimate.

As Pompeo boasted about the purported achievements of his Iran policy at the Conservative Political Action Conference in early 2021, he declared that “[Soleimani] didn’t cause trouble for Americans ever again.” While Soleimani certainly hasn’t harmed the United States from the grave, the decision to assassinate him has had an array of negative consequences that are still felt today. Despite his defense of Donald Trump’s “maximum pressure” campaign against Iran, it is revealing that none of Pompeo’s twelve demands were met by Tehran. Maximum pressure did not achieve any tangible objectives, and, when Trump left the White House, Iran was the closest it had ever been to acquiring nuclear weapons since the JCPOA was signed.

The decision to murder Soleimani demonstrates the United States’ proclivity to employ force forcefully without contemplating the consequences. Policymakers must abandon the naive assumption that if a leader is a horrible person, eliminating him would inevitably result in outcomes that benefit the United States. Soleimani, like Saddam Hussein and Muammar Gaddafi, was a horrible man with a lot of blood on his hands. However, the power vacuums that arose as a result of their killings, which wreaked havoc on US objectives in Iraq and Libya, should give policymakers pause before launching such operations in the future.