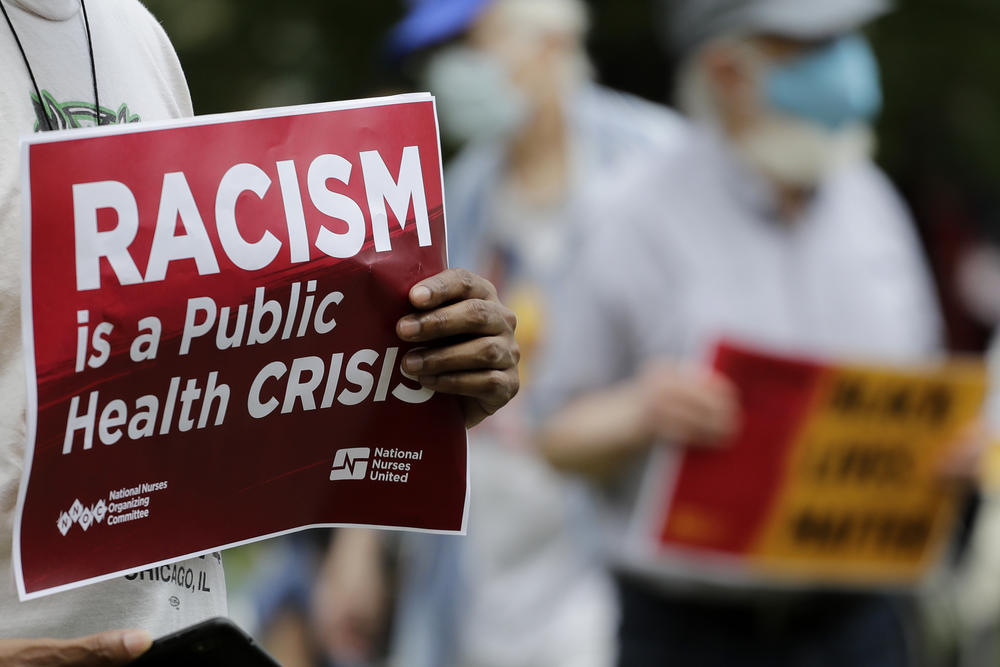 West News Wire: Some American physicians can infer a lot about you merely from the color of your skin. They fervently believe that you do not experience pain to the same degree as white people do if you happen to be black or an off-white color, for instance.

What’s worse is that American doctors may suspect you of lying about your condition and the level of pain you’re experiencing if you’re not white. Even if your insurance coverage is the same, you won’t get the same care.

In America, it is well known that women of color and Native Americans have had sterilizations performed against their will. Iatrophobia, or simply “fear of heights,” is a condition that is brought on by how native and African Americans have been treated by medical professionals in the US.

Examining how minorities have been treated by the healthcare industry historically and currently can help us understand their plight. We can also learn why so many African Americans distrust the US healthcare system, particularly when it comes to vaccines, and how medical racism affects minorities’ general health and well-being in America.

If you’re white and living in the United States, going to the hospital or the doctor’s office can be reassuring. The opposite, however, has been reported by numerous black African Americans. It can be frightening and stressful for them to visit the emergency room, a hospital, or a doctor’s office.

According to Dr. Jennifer McCurdy from the MSU College of Human Medicine Centre for bioethics and justice, white people go through life unimpeded; they don’t think about spaces because the spaces are were made for them and by them.

They are blank areas. The rules are obviously made by white people for white people; as a result, African Americans and other minorities may find the same spaces intimidating at times.

Under the US medical system, various racial and ethnic groups have historically endured great hardship, discrimination, and even torture.

Additionally, US pharmaceutical companies frequently test some of their risky medications on Africans rather than doing so in their own nation.

Famously, Pfizer, one of the biggest pharmaceutical companies in the world, tested its experimental antibiotic Trovan in 1996 in Kano, Nigeria, where meningitis was on the rise.

Kano officials in Nigeria reported that 200 children were tested, of which 50 perished and the remaining 200 developed physical and mental disabilities.

Later, in 2009, Pfizer paid the Kano state and some of the victims’ families in an extremely covert out-of-court settlement.

The award-winning 2007 book “Medical Apartheid,” written by Harriet A. Washington, explores the disturbing history of black Americans being subjected to medical experimentation from colonial times to the present.

She explains how African Americans’ mistrust and fear of doctors are a result of the behavior of white medical professionals towards them.

This history of mistrust was one of the factors that contributed to the African American communities’ reluctance to receive the COVID-19 vaccine.

The Tuskegee syphilis study, which was conducted between 1932 and 1972, is another instance of crimes against African Americans.

A study on 399 African Americans with syphilis and 201 others without the illness was conducted by the CDC and the US Public Health Service.

Poor study participants were promised free medical attention. When treatment became available, they were only given placebos in order to monitor the full course of the disease because they were never told the nature of their illness.

Therefore, the treatment of black people has a long history of undervaluing their physical integrity, disregarding their health, and subjecting them to frequent medical experimentation. The Tuskegee experiment, conducted from the 1950s to the 1970s, involved black men who were told they were receiving treatment for syphilis but who were actually given the disease and were only receiving fake treatment. This allowed researchers to observe what happened to all of these men who believed they were receiving treatment while they were actually being (treated) as part of an experiment to determine what happens when people do not treat it.

The other thing is the whole field of gynecology a lot of the procedures for treating problem pregnancies and treating gynecological problems was developed by experimenting on black women, with no anesthesia, very painful experiments, and experiments that ruined their reproductive tracts, making them unable to have children.

And a lot of these (procedures) were developed by a doctor who is known as the father of gynecology by performing experiments on black women. Then, using what he had discovered from the grueling, embarrassing, and harmful experiments, he would successfully treat white women who were experiencing problematic pregnancies or other issues that might arise after having children.

28 of the participants in this study passed away from syphilis as a result of the disease going untreated. Additional complications led to 100 more deaths. At least 40 of their spouses had the condition, which was then transmitted to 19 of their children.

The experiment, which the men were told would last for only six months, ended up lasting 40 years. The government was only forced to halt the project after this study was leaked to the media in 1972.

Racism in the medical field is most definitely not a thing of the past. In 2016, University of Virginia researchers discovered that racial bias is partly to blame for the disparities in pain management.

A 2015 JAMA Pediatrics study found that white children were 80 percent more likely to receive an opioid for their pain than black children.

The study used information from the National Hospital Ambulatory Medical Care survey, which covered the period from 2003 to 2010 and involved about 1 million patients who were younger than 21 and received an emergency room appendicitis diagnosis.

Black babies are now losing their lives twice as frequently as white babies, according to the Centers for Disease Control and Prevention.

More than twice as many African- and Native-American infants die in the United States than among white Americans.

It is also very unsettling that a subsequent study conducted in 2020 found that black newborns die three times more frequently than white newborns do during their initial hospitalization. However, the mortality rate of black babies was halved when they received medical care from black doctors.

In comparison to other races in the US, African Americans received the fewest vaccinations during the COVID-19 pandemic.

According to experts, the historical and ongoing racism or discrimination in black communities was the main cause of their resistance to vaccination. The treatment of African Americans has led to a lack of confidence in the medical community and its professionals.

A nationwide survey conducted by The Undefeated and the Kaiser Family Foundation, the KFF, found that seven out of ten African Americans believe that people are treated completely unfairly based on race or ethnicity when they seek medical care. This indicates that the future of racism and inequality in the United States is now so bleak.

African Americans in the US have significantly worse overall health than white people. They experience higher rates of diabetes, hypertension, and heart disease, with black children dying from asthma at a rate that is 500% higher than that of white children. This is dependent on a variety of factors, including living conditions, access to healthy food, outdoor space, and air quality. It is not just about receiving medical care.

Medical racism is not just about the lack of medical facilities in neighborhoods that are predominantly African American, or that they receive less care or are treated differently.

It discusses how even medical students, who are supposed to be educated, hold deeply held racial prejudices that make African Americans less than human.

Any measures taken or laws passed to combat racism will only be superficial and ineffective as long as these belief systems persist.