wnw24
Home Politics How Bin Salman drove himself into isolation 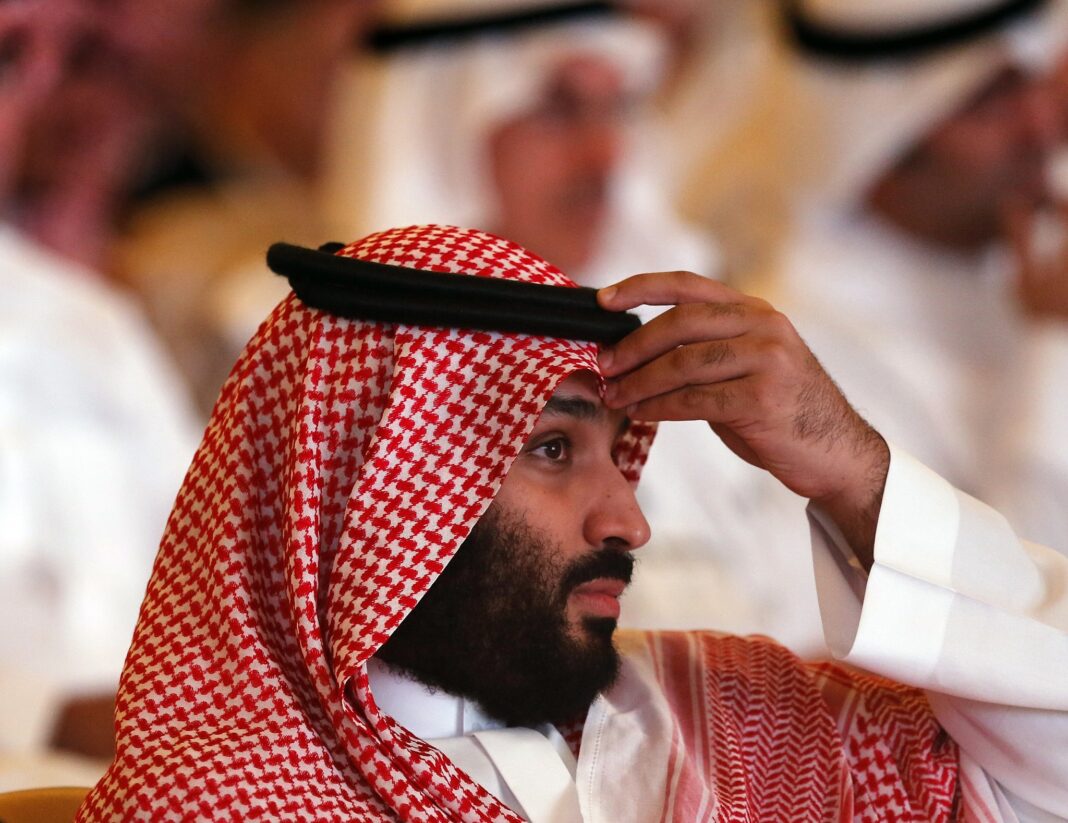 West News Wire: A series of rash moves made by Crown Prince Mohammed bin Salman, the de facto ruler of Saudi Arabia, including his attempt to isolate Qatar by imposing a land, sea and air blockade on the emirate and suspected role in giving the green light on the murder of dissident Saudi columnist Jamal Khashoggi, have left him isolated diplomatically while severely undermining his Vision 2030 project to diversify the kingdom’s oil-based economy.

The vulnerability of Saudi Aramco’s oil facilities, as shown by the September 14 attacks, has gravely shaken investor confidence in buying a stake in the state-owned company to be privatised in stages.

The gory murder and dismemberment of Khashoggi by a hit team of Saudi government agents on 2 October 2018 took the shine off his façade as a modernizing liberal. And by triggering a boycott from the prominent Western corporations and media groups, the gruesome crime contributed to virtual collapse of his much-hyped Future Investment Initiative conference in Riyadh to attract overseas investment an his ambitious plan to wean the kingdom away from oil.

The Saudi crown prince’s isolation was highlighted in mid-September when even his close ally Donald Trump balked at taking on their common arch adversary – Iran – after a catastrophic missile-and-drone attack on Saudi oil facilities. Tehran-allied Houthis claimed responsibility while US officials blamed Iran. Trump offered token support by sending a small detachment of US military technicians to bolster the kingdom’s air and missile defenses.

A series of setbacks has put him in a chastened mood.

● In May, after four oil tankers, including two owned by Saudi Arabia, were damaged within UAE territorial waters near the port of Fujairah just outside the strategically vital Strait of Hormuz, the UAE conducted an investigation. Its report, presented to the UN Security Council in early June, concluded that the attacks showed a “high degree of sophistication” and that a “state actor” was most likely behind them. But, to the deep disappointment of Riyadh and Washington, the report did not specifically name Iran.

Iran’s offshore Abu Musa Island is just 50 kilometers from the UAE’s coast. And the prospering, vibrant UAE port city of Dubai is 150 kilometers from Iran’s coastline. Little wonder that an unnamed UAE official was quoted as saying that the Iranians could cause havoc with a few missiles and that Emiratis had to protect their own interests, first and foremost.

● In June, the UAE, run by its crown prince, Mohammed bin Zayed, announced on Twitter the withdrawal of the Emirati forces from Yemen after four years. The UAE left behind foreign mercenaries trained by its military who back separatists in the South, operating under the Southern Transitional Council, or STC, against the Saudi-backed government of President Abd Rabbu Mansour Hadi, based in Riyadh. The STC wants to undo the unification of North Yemen and South Yemen in 1990, and recreate South Yemen as an independent state. The UAE’s ostensible but unconvincing reason was that the Hadi camp is supported by the Al Islah, or the Reform group, an Islamic party affiliated with the Muslim Brotherhood, which the UAE considers a mortal ideological enemy.

By so doing, the UAE lessened tensions with the Houthis and thus avoided being targeted by their latest missiles with an extended range.

● On 9 July Trump warmly received Qatari Emir Tamim bin Hamad Al Thani at the White House. Trump effusively praised the emir for buying “tremendous amounts of military equipment, including planes,” and investing heavily in the United States. Using his characteristically hyperbolic style, Trump referred to Qatar’s Al Udeid Air Base, home to about 11,000 US troops, “one of the great military bases anywhere in the world.”

The previous night, at the dinner hosted by US Secretary of the Treasury Steve Mnuchin, the emir joked to guests, including Trump, “You should all be happy – especially you, Mr. President – to hear that there is a trade deficit between our countries that favors the United States of America.”

The visit brought into relief Prince Bin Salman’s failure to isolate Emir Al Thani in June 2017 by imposing a land, sea and air blockade on Qatar – in association with Bahrain, a virtual appendage to the Saudi Kingdom; the UAE; and Egypt – for refusing to sever its normal economic and diplomatic relations with Iran. His precipitate move proved grossly counterproductive. To keep its population supplied with adequate food and medicine, and continue building stadiums for the 2022 FIFA World Cup, Qatar strengthened its commercial links with Iran and military ties with Turkey, a rival to Saudi Arabia in the Sunni world.

Khashoggi, then in self-exile in the United States, with 1.5 million followers on Twitter primarily in the Arab world, excoriated Prince Bin Salman’s rash decision in his Washington Post column. That earned Khashoggi the Crown Prince’s undying hostility. Earlier Khashoggi had relentlessly assailed the prince for his indiscriminate bombardment of Yemen, the poorest Arab state, which has by now caused 70,000 deaths, according to the UN.

At the Houthis’ 18 September press conference in Sanaa, their army spokesman Brigadier General Yahya Sarea substantiated the claim of responsibility for the 14 September attack on Saudi oil facilities, revealing that these targets were struck by Qasif K2 cruise missiles and Samad 3 drones possessing a range of 1,700 kilometers, more than twice the 770 kilometers that separate the Yemeni border from Saudi Arabia’s Abqaiq plant.

By pursuing reckless policies against domestic dissidence as well as the regional alliance, the Saudi Crown Prince has turned himself into a friendless potentate and eroded foreign investor confidence in his middle-term economic plan.