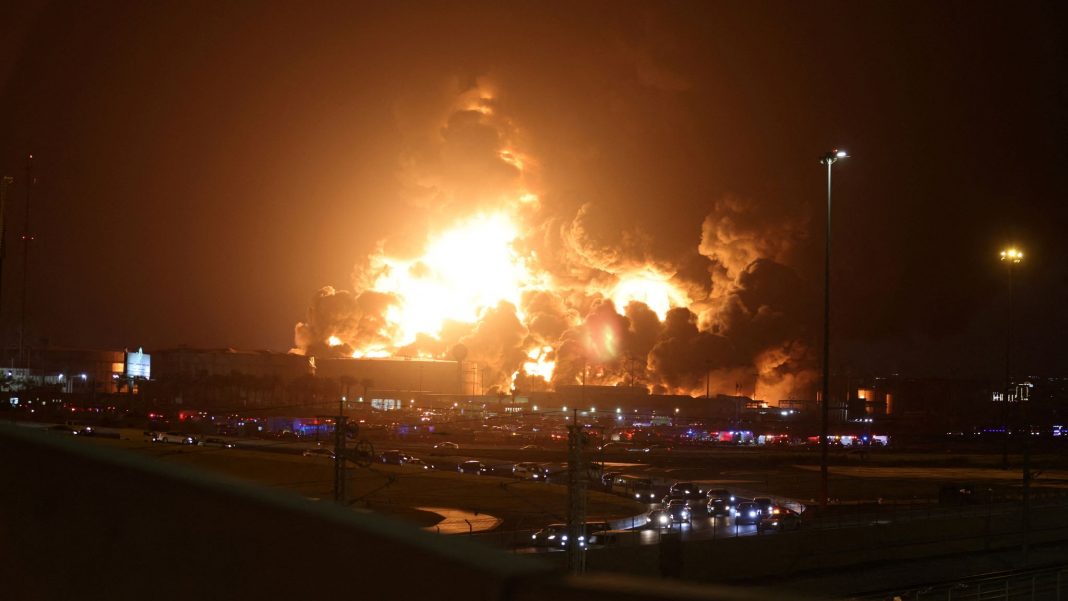 West News Wire: Yemeni Houthi rebels on Friday attacked on an oil storage facility in Saudi Arabia, igniting a huge fire that filled the sky over the port city of Jeddah with black smoke, coinciding with the first day of a Formula One car race.

The Houthis said that they had also targeted other oil facilities across Saudi Arabia with drones and cruise missiles, however, the attack in Jeddah appeared to have caused significant damage.

The attacks were the latest attempt by the Houthis to inflict economic damage on Saudi Arabia, the world’s largest oil exporter, after seven years of grinding war in neighboring Yemen.

The Saudi led war on Yemen which today marks its 8th anniversary, has settled into a stalemate while causing one of the world’s worst humanitarian crises, with malnutrition, poverty and illnesses such as cholera afflicting large numbers of Yemenis.

Friday’s attack appeared timed to coincide with the opening of the Formula One event, which is scheduled to run through Sunday. The attack was close enough to the venue that the smoke was clearly visible from the track, where practice runs were taking place for the races meant to kick off on Saturday.

The kingdom’s de facto leader, Crown Prince Mohammed bin Salman, has pushed to bring such events to Saudi Arabia as part of his broader plans to open up the country and diversify its oil-based economy.