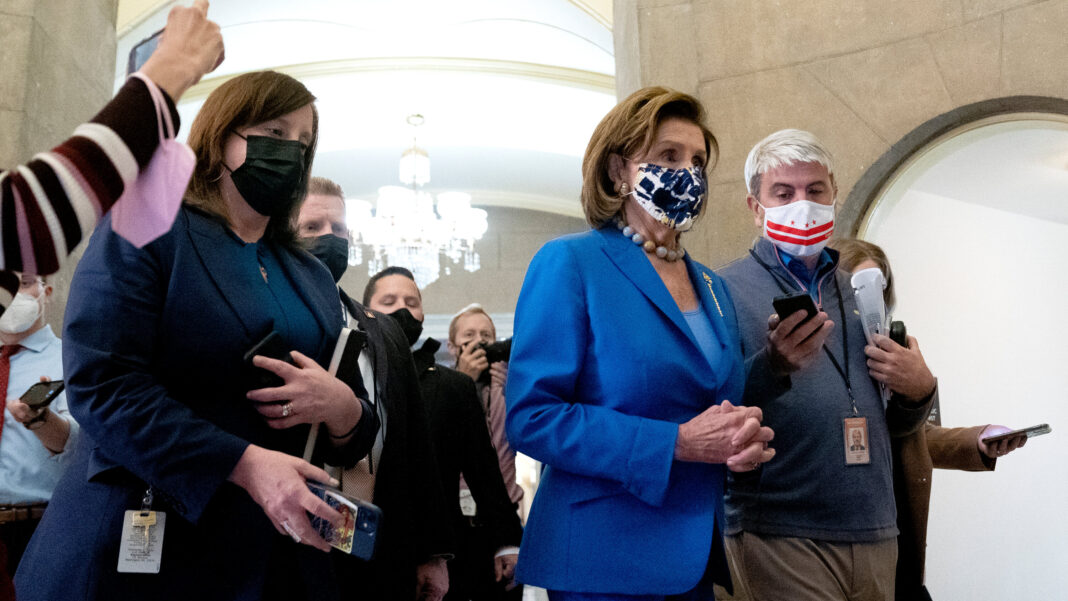 West News Wire: The US House of Representatives voted Tuesday to pass a bill that will temporarily raise the debt ceiling by $480 billion through early December.

Democrats, who narrowly control the House, maintained party discipline to pass the hard-fought, $480bn debt limit increase. The vote was along party lines, with every yes from Democrats and every no from Republicans.

Joe Biden is expected to sign the measure into law this week, before 18 October, when the treasury department has estimated it would no longer be able to pay the nation’s debts without congressional action.

Republicans insist Democrats should take responsibility for raising the debt limit because they want to spend trillions of dollars to expand social programs and tackle climate change. Democrats say the increased borrowing authority is needed largely to cover the cost of tax cuts and spending programs during Donald Trump’s administration, which House Republicans supported.

House passage warded off concerns that the world’s largest economy would go into default for the first time, but only for about seven weeks, setting the stage for continued fighting between the parties.

The Senate Republican leader, Mitch McConnell wrote to Biden on Friday that he would not work with Democrats on another debt limit increase. McConnell was harshly criticized by Trump, the Republican party’s leader, after the Senate vote.

Lawmakers also have only until 3 December to pass spending legislation to prevent a government shutdown.

The Senate’s vote last week to raise the limit – which had been more routine before the current era of fierce partisanship – turned into a brawl. Republicans tried to link the measure to Biden’s goal of passing multitrillion-dollar legislation to bolster infrastructure and social services while fighting climate change.

At a news conference on Tuesday, the House speaker, Nancy Pelosi, said she was optimistic that Democrats could work out changes to reduce the cost of their social policy plans “in a timely fashion”.

In another sign compromise was possible, progressive Democrats told reporters that most of them wanted to keep all the proposed programs in the multitrillion-dollar plan, while shortening the time period to cut its overall cost.

Biden has suggested a range of more like $2tn rather than the initial $3.5tn target. At a briefing today, the White House press secretary, Jen Psaki, told reporters: “We are at a point where there are choices that need to be made, given that there are fewer dollars that will be spent.”

Psaki said that the conversations are ongoing between White House senior staff and the president as well as key Democrats such as senators Joe Manchin of West Virginia and Kyrsten Sinema of Arizona about how to trim the bill and what a smaller package would look like.

Psaki was asked if the president supported Pelosi’s strategy for the “Build Back Better” bill outlined in a letter she sent to caucus members on Monday, passing a bill with fewer programs that will receive more funding. Though she wouldn’t confirm if the president supported that specific strategy, Psaki noted that the bill would be smaller versus the $3.5tn Biden originally proposed and referred to comments Pelosi made during her press conference.

“A bill that doesn’t pass means nothing changes,” Psaki said.