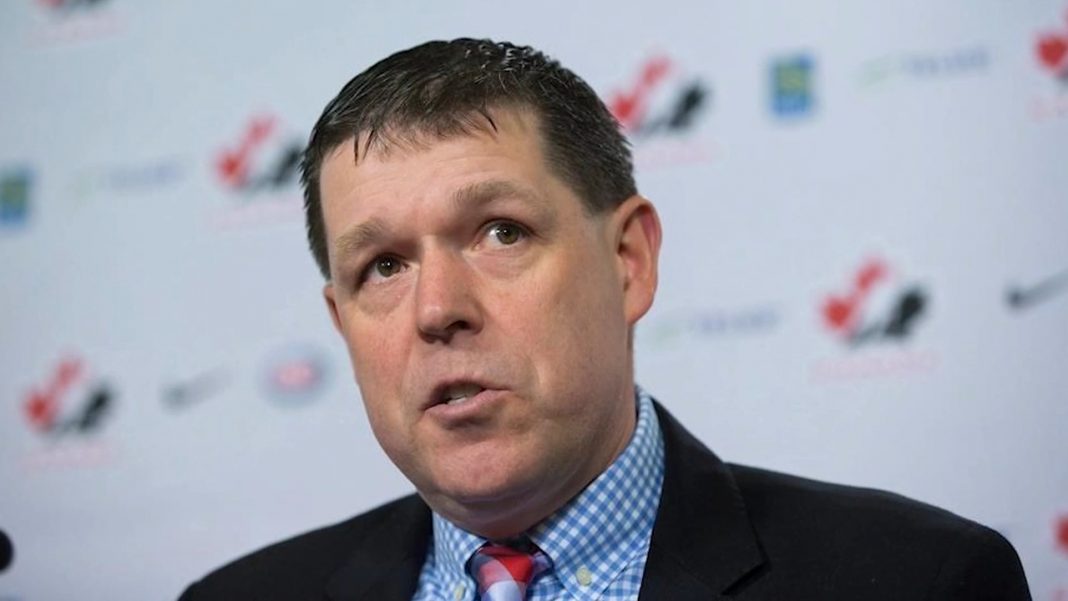 West News Wire: As the sport’s national governing body comes under growing scrutiny and public outrage over its handling of sexual assault claims, Hockey Canada’s president and the organization’s entire board of directors have announced their resignations.

Since the allegations of a gang rape involving members of Canada’s 2018 World Junior Ice Hockey Team and the subsequent out-of-court settlement with the accuser surfaced in May, Hockey Canada has come under pressure.

According to the statement, an interim management committee will be established to lead the organization until the newly formed board names a new chief executive.

Hockey Canada also said its members will be asked to select a new slate of directors by no later than the virtual election scheduled for December 17. The board will not seek re-election and will fulfil its duties until a new board is elected.

Smith, who has worked for Hockey Canada in various roles since 1995, said in July less than a month after taking over as CEO that he had no plans to resign from his position.

At the time, he told a Canadian parliamentary hearing on the scandal that he was the right person to spearhead efforts for positive change within the sport across the hockey-loving country.

The allegations against the unnamed players have not been proved in court but the Canadian federal government has frozen funding to Hockey Canada over its handling of the alleged sexual assault.

Since the news first broke, more alleged gang rapes have come to light and Hockey Canada has revealed it paid out millions of dollars in settlements to nearly two dozen complainants with sexual misconduct claims over the past 30 years.

Hockey Canada has said it will no longer use a fund that was financed by registration fees of players across the country to settle sexual assault claims and also announced a full governance review.

As recently as last week, Hockey Canada’s interim board chair, who resigned over the weekend, defended the leadership at the national governing body while speaking during a parliamentary committee meeting.

But several provincial hockey associations recently said they would withhold fees typically sent to Hockey Canada over the scandal, while a string of big sponsors, including Nike and coffee chain Tim Hortons, suspended their relationships with the organisation.

Tuesday’s announcement is “a step toward restoring Canadians’ confidence” in Hockey Canada, Canadian Sport Minister Pascale St-Onge said in a statement. “While we welcome this news, the interim management committee must be made up of people who want to make real change.”

Longtime Montreal Gazette hockey columnist Jack Todd also said on Twitter on Tuesday that “the departures of Smith and the Hockey Canada board is a beginning”.

Sheldon Kennedy, a former Canadian professional hockey player and survivor of sexual abuse by a coach, said it was “not a day of celebration” but rather “a critical juncture for the game of hockey and Canadian sport”.