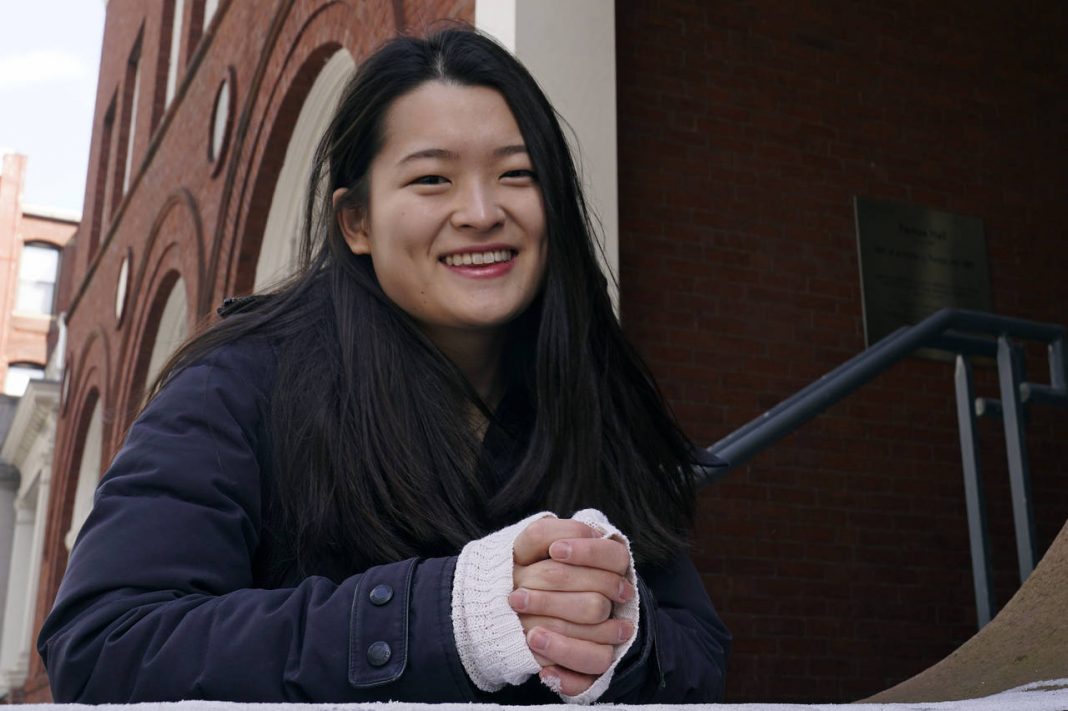 West News Wire: Disney has created a frozen Nordic princess, a Chinese warrior princess, and a variety of other princesses in the past. But a princess from Korea? Not at all.

Julia Riew, a Harvard University student, has set out to change that. As her senior thesis, the 22-year-old Korean American senior composed “Shimcheong: A Folktale,” a full-length musical based on a Korean folktale with a decidedly Disney movie atmosphere.

She’s been uploading parts of it on TikTok since January, and the brief videos showing her transforming into an animated Disney princess while belting out her songs have swiftly gained a devoted audience.

Hollywood and theater producers have expressed interest in Riew’s story, and supporters have created images and animations to assist bring her story to life.

“It honestly still feels like I’m dreaming,” she said recently. “It’s been heartwarming to see the reaction, especially among the Korean American community.”

Riew, who grew up in St. Louis, Missouri, before her family moved to New York City and then Connecticut, hopes the musical follows the same trajectory of others successfully workshopped and crowdsourced on TikTok in recent years.

“Ratatouille: The TikTok Musical” debuted in 2020 as a benefit concert featuring Adam Lambert, Wayne Brady and other stars after the idea percolated for months on the social media platform among musical theater fans and out-of-work performers.

Last year, the female duo known as Barlow & Bear went viral on TikTok with a song inspired by the soapy Netflix period drama “Bridgerton.” That led to “The Unofficial Bridgerton Musical,” a 15-song album now up for a Grammy — a first for a TikTok collaboration.

Riew’s musical draws on the Korean folktale “The Blind Man’s Daughter,” about a young woman who tries to restore her blind father’s sight but ends up in the faraway Dragon Kingdom.

In Riew’s version, the young Shimcheong spends years growing up in the magical realm before setting out on an epic journey home. Along the way, truths are revealed, obstacles are overcome and there’s no shortage of laughs and catchy songs.

If that sounds like the plot for many of Disney’s most beloved works, that’s the point, says Riew, who grew up on a steady diet of Disney and Broadway soundtracks and began writing her own songs and musicals at a young age.

“What stood out to me is that it’s a story about a young woman who goes on an adventure,” she explains. “There aren’t too many stories in Korean folklore about women, especially ones where they go on adventures.”

Disney has historically struggled to reflect the diversity of its audience, falling back on stories featuring predominantly white characters and stereotypical depictions of non-white cultures, says Jana Thomas, a media and communications professor at Kansas State University in Manhattan, Kansas, who researches social media and has also written about representation in Disney films.

But the entertainment giant has responded to calls for more representative works and found success, from 2016’s Moana to Coco, Soul, Raya and the Last Dragon, and last year’s hit Encanto, she said. Turning Red, an animated film Disney’s Pixar studios is set to release next week, features a teenage Chinese-Canadian protagonist.

“Julia’s use of TikTok to build a fanbase and attract the attention of Disney was a well-executed move,” Thomas adds. “She used a social media platform preferred by a user demographic that support her goal to increase representation within media and entertainment. I’d love to see Julia’s story be an example for others who want to maximize the proactive and positive power of social media.”