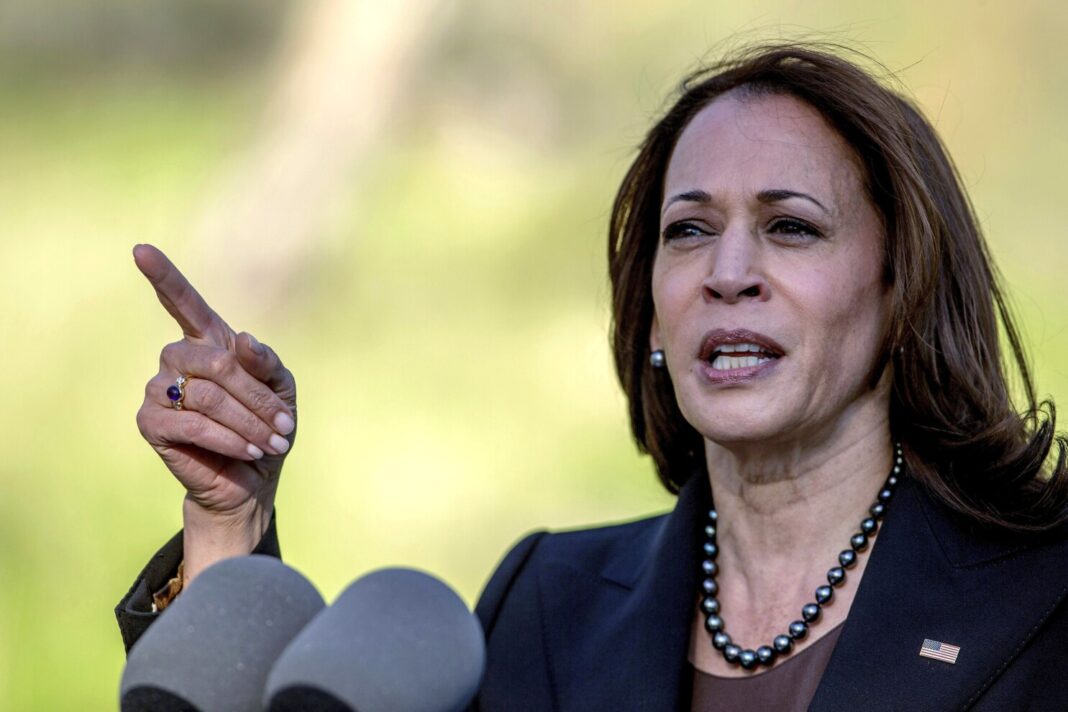 West News Wire: Vice President Kamala Harris had a homecoming of sorts on Friday, taking a helicopter tour of the Southern California mountains to promote additional money for federal wildfire programs after a challenging first year in office.

On a day when they inspected wildfire damage from the sky, visited a federal fire station where they heard about the increasing risk of destructive blazes, and outlined new spending aimed at reducing the risk of wildfires and dealing with their aftermath, Harris was joined by California Gov. Gavin Newsom and California Sen. Alex Padilla, both Harris’ friends and fellow Democrats.

She also launched a catastrophe assistance fund of $600 million for the US Forest Service in California.

In brief remarks, the vice president hailed the work of firefighters and credited collaboration between governments “unencumbered by politics,” an apparent reference to past friction between heavily Democratic California and the Trump administration.

She said the government is “putting the resources where they are needed” in the battle against fires and climate change.

The day was not entirely without political drama. A sprinkle of protesters joined onlooking along the motorcade’s route to the fire station, where at the entrance a lone protester waved a U.S. flag and shouted a derogatory slogan about Biden.

Harris’ first year in office was framed by the pandemic, a fruitless battle over voting rights legislation and an immigration crisis at the border. The trip to her home state gave Harris a chance to revel in hearty applause. She and the Biden administration were praised repeatedly for their direction on wildfires and the climate.

Harris’ visit comes at a time when President Joe Biden’s approval rating is sliding, Democrats are at risk of losing control of the House and Senate in the 2022 midterm elections and Harris continues to struggle to define her role in the administration.

Her office highlighted recent legislation that provided $1 billion to create plans to help defend communities from wildfires. There also is $650 million for rehabilitation efforts for burned areas, and nearly $2.4 billion for hazardous fuels management.

Earlier this week, the Biden administration said it will expand efforts to fight wildfires by thinning forests around “hot spots” where nature and neighborhoods collide.

As climate change dries out the U.S. West, administration officials said they have crafted a $50 billion plan to more than double the use of controlled fires and logging to reduce trees and other vegetation that serves as tinder in the most at-risk areas. Only some of the work has funding so far.

Meanwhile, a bipartisan group of a dozen California lawmakers said they will push to add more than 1,100 new professional wildland firefighters amid the recent epic wildfire seasons, with a dwindling pool of inmates to help fight the blazes.

In recent years, the state has had record wildfire seasons, notably last year, when two large fires crossed the rocky barrier of the Sierra Nevada for the first time, with one of them threatening tourist sites near Lake Tahoe.

Eight of the ten largest wildfires in the state’s history occurred in the last five years.

According to lawmakers and the union representing wildland firefighters, firefighters working for the state’s firefighting agency are working up to 40 days in a row during the fire sieges, raising exhaustion and mental health difficulties.