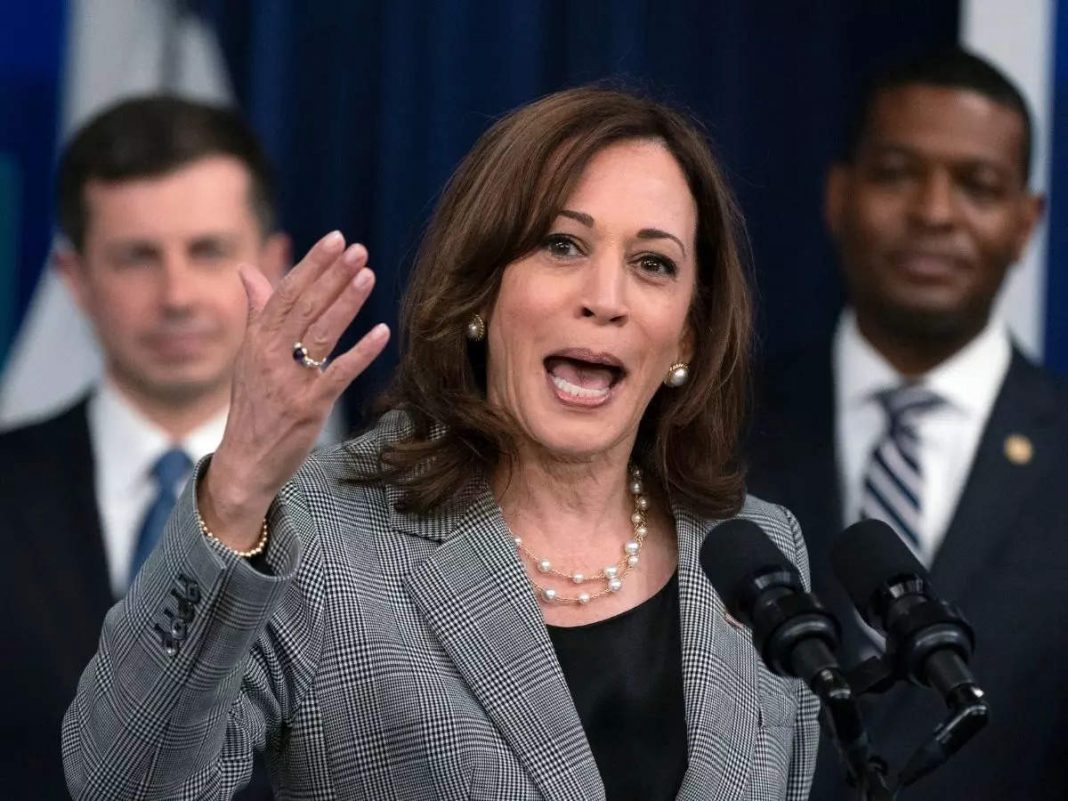 West News Wire: Vice President Kamala Harris stated on Saturday that the stakes “could not be higher” as both parties battle for control of Congress with less than two months until the midterm elections.

In remarks made at the DNC’s summer conference in Maryland, Harris repeated President Joe Biden’s previous criticisms of Republican “MAGA” leaders, whom he claims pose a threat to the country.

Harris stated, “We need to be honest about that. “Today, we all reaffirm that we will not allow radical, fictitious leaders to destroy our democracy.”

The vice president condemned such politicians for trying to “take away freedoms” by using the aftermath of the Supreme Court’s decision to overturn Roe v. Wade as an example. Nearly all abortion services have been eliminated in at least 15 states since the court’s ruling in late June.

Harris warned Republicans could decide to ban abortion nationwide or go after other rights such as contraception or marriage equality if they become the majority in the House and Senate.

“Without a Democratic majority and conference, who knows what other rights they will come after?” she asked.

She condemned Republicans who say issues like abortion rights should be left up to individual states while also “intentionally make it more difficult for people in those states to vote” and called out three states Florida, Texas and Georgia for restrictive laws targeting abortion rights and the LGBTQ community.

Like Biden, she also framed the midterm elections as a stark choice between the Democrats’ agenda and that of some of their Republican colleagues.

“If there was any question about whether there’s a difference between the parties, well, over the last 18 months, it has become crystal clear,” she said. “There is a big difference. We all know that American families have been struggling but while Republican Party leaders have gone on TV to opine about the situation, Democrats actually did something about it.”

The vice president went on to tout administrative accomplishments on COVID-19 relief, infrastructure, gun safety and the announcement of student debt cancelation.

Other parts of the Biden-Harris agenda, including child care and voting rights, have stalled in Congress but Harris said if Democrats can pick up two more seats in the Senate more can be done specifically highlighting her role as the Senate’s tie-breaking vote.

“In our first year in office, some historians here may know, I actually broke John Adams’s record of casting the most tie breaking votes in a single term,” she said, before adding: “I cannot wait to cast the deciding vote to break the filibuster on voting rights and reproductive rights.”

Biden has called on the Senate to change the filibuster rules to pass voting reforms and to codify Roe but was met with opposition from Republicans and a few members of the Democratic Party.

Republicans, in their midterm messaging, have criticized the Biden administration over inflation, gas prices and crime.

The GOP has been generally favored to win back control of the House and Senate this cycle but recent legislative and electoral wins are signs Democrats’ odds may be improving.

“We’ve got momentum on our side,” she said.