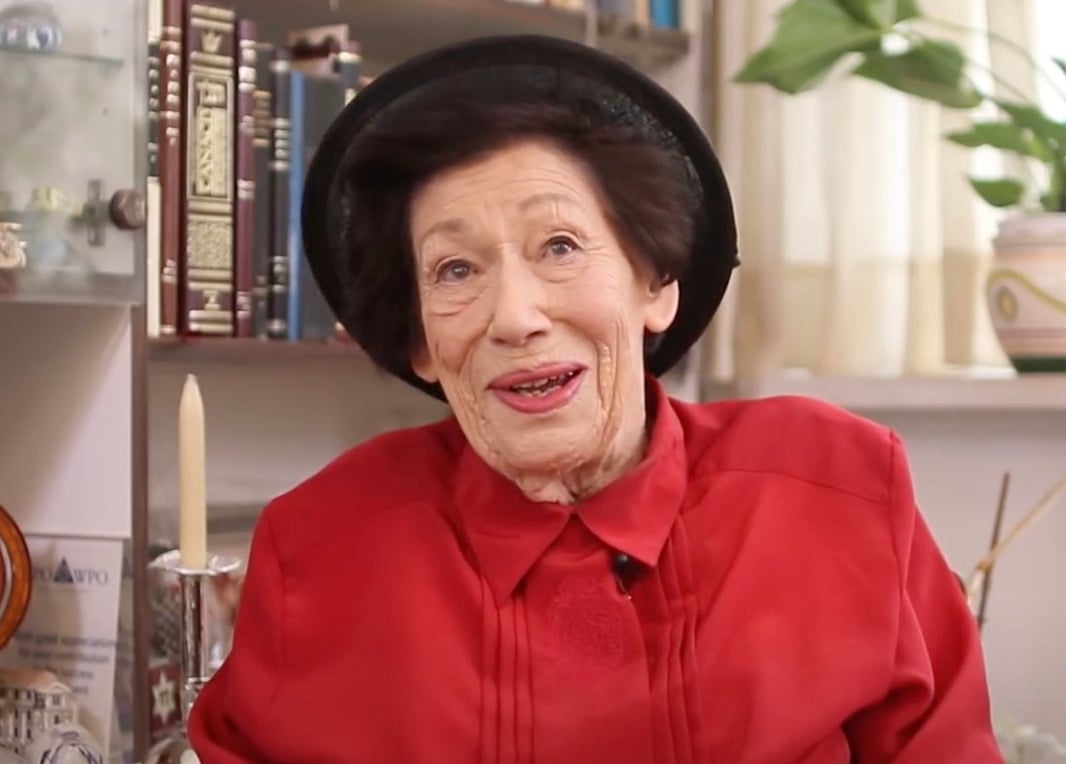 West News Wire: One of Jewish diarist Anne Frank’s closest friends, Hannah Pick-Goslar, passed away at the age of 93, according to the charity that manages the Anne Frank House museum.

The Anne Frank Foundation gave tribute to Pick-Goslar for helping to preserve Anne’s memory by sharing tales of their youth. Pick-Goslar is mentioned in Anne’s well-known diary about her life in hiding from the Nazi occupants of the Netherlands.

The organization stated in a statement that Hannah Pick-Goslar “meant a lot to the Anne Frank House, and we could always call on her.” Details and the reason for her death were not disclosed.

Pick-Goslar and Anne both moved from Germany to Amsterdam after Adolf Hitler’s Nazi party gained control, where they both grew up. The friends were separated as Anne’s family went into hiding in 1942 but met again briefly in February 1945, at the Bergen-Belsen concentration camp in Germany, shortly before Anne died there of typhus.

Before World War II, their families lived next door to one another in Amsterdam, and Anne and Hannah went to school together.

Pick-Goslar recalled attending her friend’s 13th birthday party and seeing a red-and-white checkered diary that Anne’s parents gave their daughter as a gift. Anne went on to fill it with her thoughts and frustrations while hiding from the Nazis in a secret annex in Amsterdam. Anne’s father, Otto, published the diary after the war.

Pick-Goslar recounted their friendship in a book by Alison Leslie Gold called “Memories of Anne Frank; Reflections of a Childhood Friend.” The book was turned into a film, released last year, titled “My Best Friend Anne Frank.”

In a 1998 interview with The Associated Press, she said of Anne: “Today, everyone thinks she was someone holy. but this is not at all the case.″

“She was a girl who wrote beautifully and matured quickly during extraordinary circumstances,” Pick-Goslar said.

Pick-Goslar is mentioned in the diary, referred to by the name Anne called her: Hanneli.

On June 14, 1942, Anne wrote: “Hanneli and Sanne used to be my two best friends. People who saw us together always used to say: ‘There goes Anne, Hanne and Sanne.’”

The Anne Frank Foundation said Pick-Goslar “shared her memories of their friendship and the Holocaust into old age. She believed everyone should know what happened to her and her friend Anne after the last diary entry. No matter how terrible the story.”

Pick-Goslar last saw her friend in early February 1945, about a month before Anne died of typhus in Bergen-Belsen and two months before the Allies liberated the camp.

They were held in different sections, separated by a tall barbed-wire fence. From time to time, they pressed up to the fence to speak to each other.

“I have no one,″ Anne once told her friend, weeping.

At the time, the Nazis had shorn Anne’s dark locks. “She always loved to play with her hair,″ -Pick-Goslar told the AP. “I remember her curling her hair with her fingers. It must have killed her to lose it.”

Pick-Goslar emigrated in 1947 to what is now Israel, where she became a nurse, married and had three children. Her family grew to include 11 grandchildren, and 31 great-grandchildren.

She used to say of her large family: “This is my answer to Hitler,” the Anne Frank Foundation said.