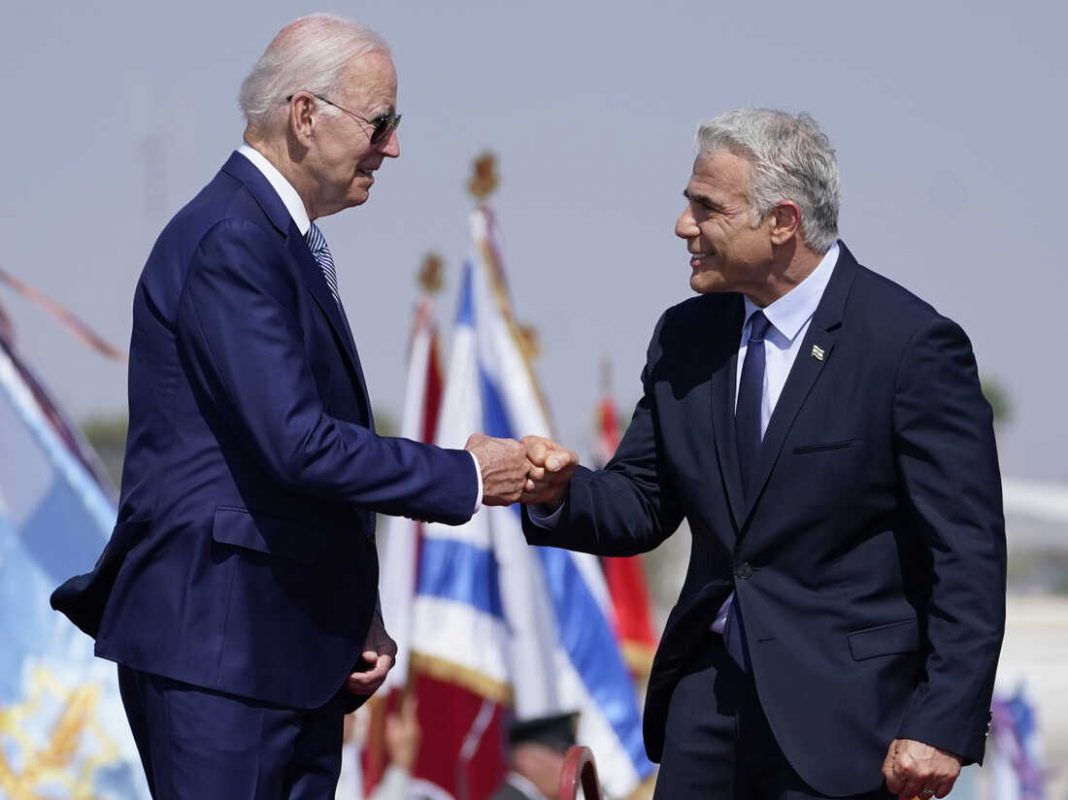 West News Wire: The White House is reluctant to discuss the handshake. For weeks, officials have been wondering whether President Joe Biden will shake Saudi Crown Prince Mohammed bin Salman’s hand when he visits Saudi Arabia this week. They don’t want the president to be seen warming up to the man the US believes is responsible for the murder of a journalist.

They have jumped linguistic hurdles to avoid saying whether the two leaders would shake hands, and initially took pains not to even mention Prince Mohammed’s name, instead saying Biden would meet with “King Salman and his leadership team.”

“I’ll leave the precise modalities to the folks who are actually organizing the trip,” the president’s top national security adviser,  Jake Sullivan, said when asked Monday if Biden would be photographed shaking hands or meeting with the crown prince.

“I’m sure that he’ll greet the leaders in Saudi Arabia as appropriate,” White House spokesman John Kirby said in a Wednesday interview with CNN.

And White House officials have even suggested Biden would avoid physical contact on his Middle East trip because of the coronavirus pandemic.

But that plan fell apart almost immediately when Biden landed shortly after in Tel Aviv and both embraced and shook hands with officials there.

The president himself did not respond to reporters when asked Tuesday whether he’d shake the crown prince’s hand.

Dodging answering the question directly has become symbolic of the White House’s apprehensive approach to Biden’s entire trip to Saudi Arabia, which he had said he’s taking to further American economic and security interests.

As a presidential candidate, Biden had vowed to make Saudi Arabia a “pariah” state over the 2018 murder of Jamal Khashoggi, a Saudi dissident and Washington Post columnist who was based in the United States.

U.S. intelligence agencies later assessed that Prince Mohammed, who is also known as “MBS” and who effectively runs the Gulf nation, had approved the operation that left Khashoggi dead.

Biden plans to meet with Prince Mohammed and his father, King Salman, on Friday in Jeddah, Saudi Arabia, before attending a regional summit the next day.

But with rising inflation and high gas prices weighing on Americans and a slew of geopolitical concerns at play the president decided to travel to oil-rich Saudi Arabia and meet with its leaders.

He’s not concerned with the specifics of the greeting,” Kirby told CNN on Wednesday. “But that isn’t the point. The issues are the point.”

On Thursday, Biden refused to say whether he would bring up Khashoggi’s murder when he meets with Saudi leaders the following day.

“I always bring up human rights,” Biden said when asked by a reporter in Jerusalem what he would say to Prince Mohammed about Khashoggi’s murder.

“But my position on Khashoggi has been crystal clear,” he added. “If anyone doesn’t understand it, whether in Saudi Arabia or elsewhere, they haven’t been around for a long time.”