wnw24
Home Editor's Pick Half of Americans fear being victim of mass shooting as Biden’s approval... 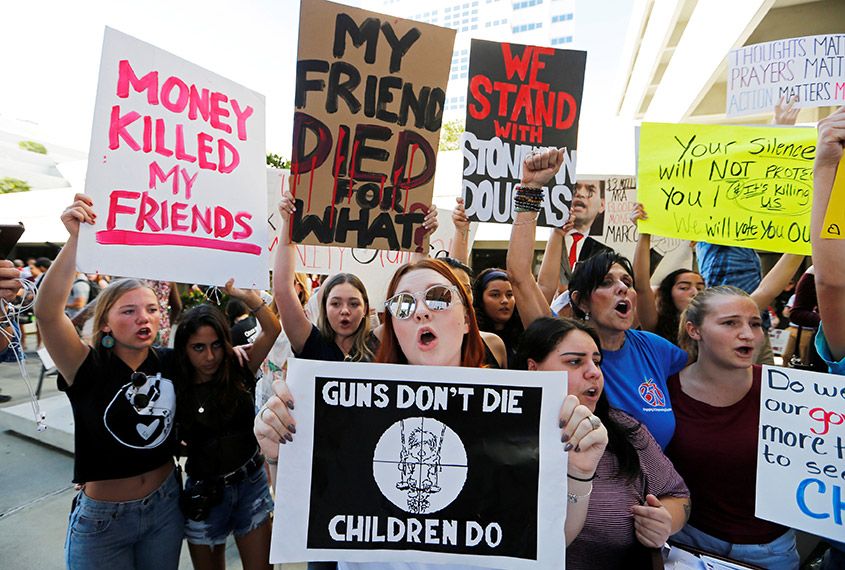 West News Wire: According to a national poll of adults conducted by Quinnipiac University and released today, Americans have given President Joe Biden a negative 31 to 60 percent job approval rating, the lowest rating of his presidency.

When asked how President Biden handled the response to Russia’s invasion of Ukraine, Americans gave him a 40 percent approval rating and a 52 percent disapproval rating.

According to a Quinnipiac University poll, Americans have a negative 23 to 68 percent job approval rating for Republicans in Congress, which is a new record for disapproval during the Biden presidency.

Americans have a dismal 30 to 63 percent job approval rating for Democrats in Congress.

The top two Republican concerns are inflation (48%) and immigration (16%); no other topic cracks the double digits.

With no other topic hitting double digits, inflation (41 percent) is the top concern among independents.

Two-thirds of Americans (67%) claim that the nation is in worse shape than it was a year ago, while 26% claim that it is in better shape and 4% admit that it is the same.

54 percent of city dwellers and 50 percent of suburbanites express personal concern about falling victim to a mass shooting. Comparatively, 33% of residents of rural areas report worrying.

More than 7 in 10 Black adults (72 percent) personally worry about being the victim of a mass shooting, while 53 percent of Hispanic adults and 42 percent of white adults say they worry.

Compared to males, who express concern about mass shootings at a rate of 35%, nearly 6 in 10 women (58%) do so personally.

A nationwide prohibition on the sale of assault weapons is supported by 49% of Americans, while it is opposed by 45%.

Regarding their handling of gun violence, Americans have a dismal 22–68% approval rating for Republicans in Congress.

Americans rate Democrats’ handling of gun violence in Congress with a negative 27 to 65 percent approval rating.

According to the findings of an Economist/YouGov poll released on Wednesday, the majority of Americans either strongly dislike or slightly oppose President Joe Biden’s foreign policy. According to the survey, even among Democrats, one in five people disagree with Biden’s approach to the world, whereas independents are more in line with the Republican Party.

The poll found that only 16% of the 1,500 adult US citizens questioned “highly approve” of the way Biden is managing international policy. For a total of 41%, another 25% “somewhat” approve. 51% of people collectively dislike, with 37% strongly disapproving and 14% moderately so.

The disapproval rate increased to 53% among the 1,312 registered voters, while Biden’s support edged up to 42%.

Interestingly, the poll had a disproportionately high weight in favor of Democrats, with 540 responding, compared to 382 Republicans and 572 independents.

Unsurprisingly, Democrats continue to support their candidate for president, with 74% of them approving his foreign policy. However, 19% of people – almost one in five do not. Republicans are split 85% to 12% in favor of Biden’s diplomacy. 57% of independents collectively disapprove of Biden’s foreign policy, compared to just 28% who strongly agree.

The study was carried out between August 13 and 16, which was the anniversary of Kabul falling to the Taliban the previous year. That led to the Afghan government’s collapse, something Biden swore would never occur, and a panicked scramble to board US military flights departing the capital of Afghanistan.