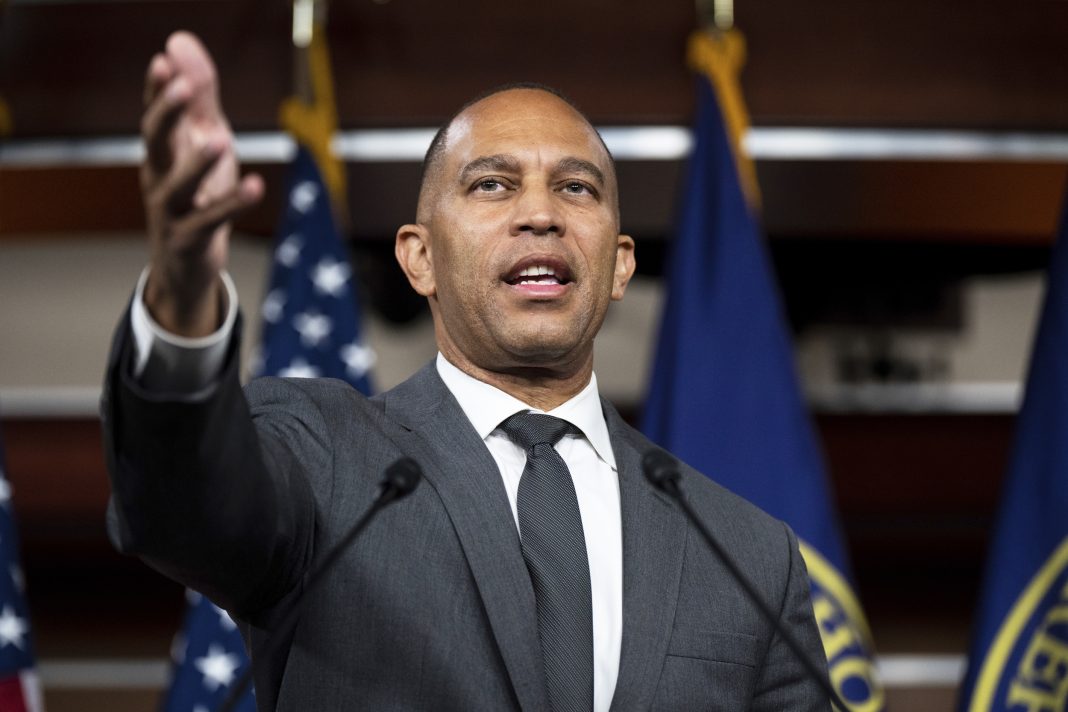 Jeffries, a native of Brooklyn and a former state lawmaker from New York, would be the first Black party leader in Congress.

Colleagues view him as the clear favorite to succeed, and it is unlikely that he will encounter even minimal opposition.

The Nos. 2 and 3 positions are being contested by Katherine Clark (D-Mass.) and Caucus Vice Chair Pete Aguilar (D-Calif.).

None of those three, though. When asked if she anticipated competitive races for the top three positions, Rep. Annie Kuster (D-N.H.) responded, “Not at all.

The leadership elections are scheduled for Nov. 30.

Jeffries sent out a letter to colleagues on Friday outlining his case for minority leader.

“As we prepare to temporarily relinquish the gavels, House Democrats will be locked in a fierce governmental, political and messaging struggle,” Jeffries said of Democrats’ impending minority status.

“In this regard, our Caucus must unify with purpose, communicate with discipline, legislate with precision and partner with the Biden Administration to vigorously address the continuing challenges impacting our constituents.”

Clark and Aguilar also announced their runs for minority whip and caucus chair respectively on Friday in “dear colleague” letters.

Pelosi released a statement blessing the new troika and casting their ascension as a done deal: “In the 118th Congress, House Democrats will be led by a trio that reflects our beautiful diversity of our nation.”