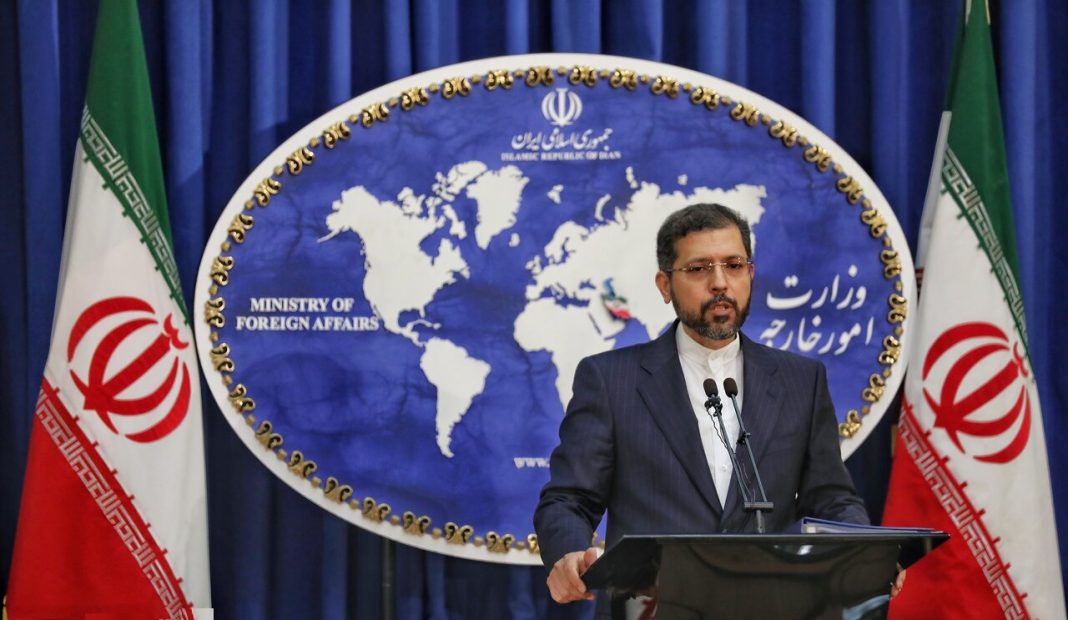 West News Wire: Tehran has dismissed as politically motivated a recent report on human rights in Iran by UN Secretary General António Guterres, saying the Iran remains committed to promoting human rights despite the fact that the report was based on false claims made by terrorists.

When asked to comment on Guterres’ report, Foreign Ministry spokesman Saeed Khatibzadeh said on Tuesday that Iran had sent detailed comments and arguments on each paragraph of the UN chief’s report to his office, but that Iran’s response had been regrettably ignored.

The report “is based on false claims and documents based on untrustworthy sources, and thus the main text of the report is primarily based on the contents of hostile groups and terrorist cults,” he said.

“The secretary general is deeply concerned by the increase of executions, including for drug-related offenses,” Al-Nashif said.

The Foreign Ministry spokesman explained that the Islamic Republic continues to be fully committed to promoting human rights due to its religious beliefs and legal obligations and is ready to cooperate with UN human rights bodies.

He said the report fails to mention the responsibility of those behind anti-Iran sanctions and refuses to acknowledge the negative and destructive effects of inhumane US sanctions against the country.

In a statement on Tuesday, the Iranian Judiciary’s High Council for Human Rights also criticized the UN chief’s statement, saying it was a “non-reflection of the country’s human rights developments and achievements.”

It said granting the mandate of compiling a country-specific report to the secretary-general on human rights, while there is an international expert mechanism in this regard, is basically “unreasonable and illogical as well as both unnecessary and unprofessional.”

Meanwhile, Khatibzadeh also described a recent UN General Assembly resolution about the situation of human rights in Iran as “politically motivated” and “unfair.”

“As has been repeatedly stressed, such resolutions are politically motivated, biased, and unfair,” adding that the resolution was unconstructive and lacked support from the majority of member states.