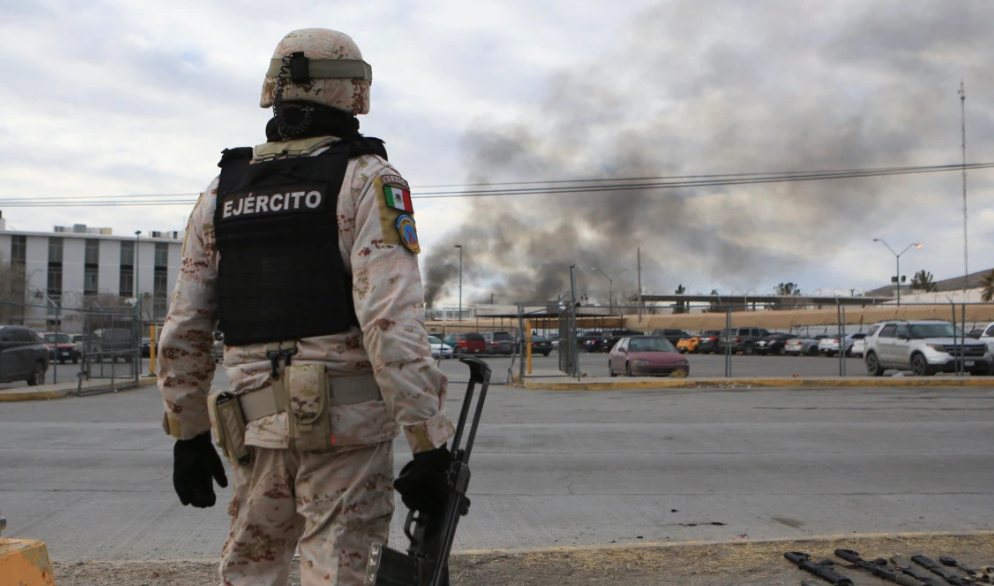 West News Wire: According to state officials, gunmen assaulted a Mexican prison in the border city of Ciudad Juarez in the north, killing at least 14 people and letting 24 prisoners escape.

According to a statement released on Sunday by the Chihuahua state prosecutor’s office, the assailants entered the prison at 7 a.m. local time (14:00 GMT) in a number of armored vehicles, and they immediately started shooting at the guards. Ten jail guards and four prisoners were slain in the ensuing pandemonium.

According to the state prosecutor, at least 13 persons were injured.

Local media stated that some rioting inmates inside torched various items and fought with jail officials.

Later on Sunday, according to the state prosecutor’s office, Mexican army and state police took over control of the facility.

At least four people were detained, the office said, without specifying if they were inmates or armed assailants.

Details were not available about how the 24 escaped inmates were able to flee, and it was not immediately clear who carried out the attack.

The state prosecutor’s office said its personnel have launched an investigation.

Violence is frequent in Mexican prisons, including a few where authorities only maintain nominal control. Clashes regularly erupt among inmates of rival gangs, which in places like Ciudad Juarez serve as proxies for drug cartels.

The city sits across the United States border town of El Paso, Texas.

In August, a riot inside the same state prison spread to the streets of Ciudad Juarez in violence that left 11 people dead.

In that case, two inmates were killed inside the prison and alleged gang members started shooting up the town, including killing four radio station employees who were doing a promotion at a restaurant.

Shortly before Sunday’s attack on the Ciudad Juarez prison, municipal police were attacked and managed to capture four men after a pursuit, according to the state prosecutor’s office statement.