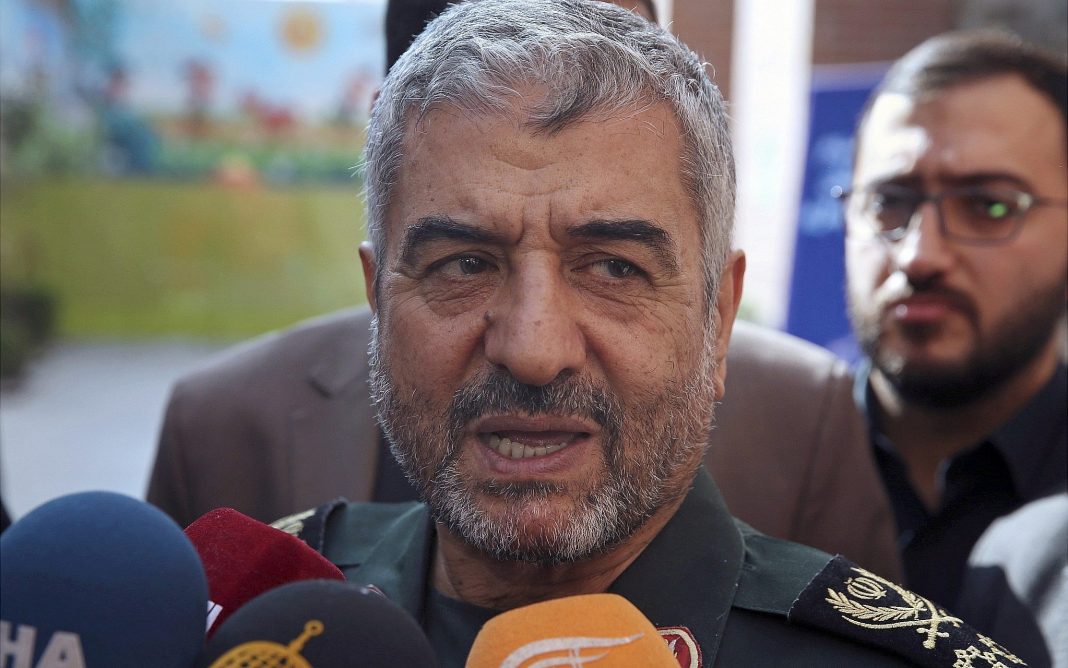 West News Wire: In the country’s southeast, gunmen opened fire on a vehicle carrying a general from Iran’s elite Islamic Revolutionary Guard Corps (IRGC), killing a bodyguard in the process.

According to the IRNA state news agency, Brigadier-General Hossein Almassi, an IRGC commander in Sistan-Baluchistan region, was unharmed in the ambush on Saturday.

According to the allegation, “criminals” opened fire at a checkpoint in Iran’s southeastern province, which is bordered by Pakistan and Afghanistan and has seen conflicts between Baluchi separatists, other armed groups, and Iranian forces.

According to IRNA, security authorities have apprehended the perpetrators of the incident near Zahedan, the province capital.

The report identified the deceased bodyguard as Mahmoud Absalan, the son of General Parviz Absalan, another IRGC commander in the region.

The poverty-stricken province is also a major smuggling route for Afghan opium and heroin, making it a flashpoint for clashes between criminal gangs and drug traffickers.

The attack came on a night celebrated by many marking the anniversary of the Revolutionary Guard’s establishment after the 1979 Islamic Revolution.

In January, three Revolutionary Guard members were among nine people killed in a clash with “armed criminals” in the same region, a month after troops killed a gunman who attacked the IRGC’s rural intelligence office.

In 2019, a suicide bomber killed 27 Revolutionary Guard members in Sistan-Baluchistan in one of the boldest attacks on Iran’s most powerful military institution.

The attack is soon after statement by the IRGC’s Sepah News website “Enemies have asked us several times to give up avenging the blood of Qasem Soleimani, for the lifting of some sanctions. But this is a fantasy,” navy commander Rear Admiral Alireza Tangsiri.

Maj. Gen. Mohammad Ali Jafari spoke late Friday at one of two funeral ceremonies for the victims of Wednesday’s attack near the southeastern city of Zahedan. He claimed, without providing evidence, that the United States and Israel ordered Saudi Arabia and the Emirates to carry out the attack, which also wounded 12.

“We definitely will retaliate,” Jafari said in comments reported by the semi-official Tasnim news agency Saturday.