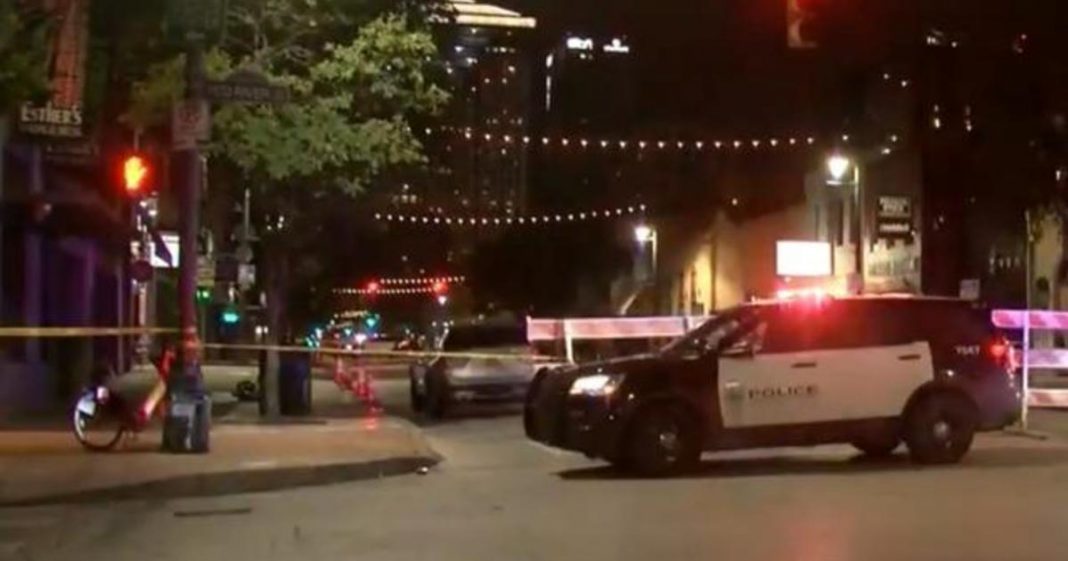 West News Wire: Officials from the city of Highland Park confirmed that five people were killed after gunfire erupted during an Independence Day parade.

In a statement released on Monday, Highland Park reported that 16 people had been taken to the hospital and five had been pronounced dead.

“Law enforcement authorities are looking for the suspect; a firearm’s evidence has been found. A perimeter has been set up around downtown Highland Park by numerous law enforcement personnel, the city said on its website.

The shooting caused hundreds of parade goers to flee, some of whom were clearly bloodied. Many of them left behind chairs, strollers, and blankets. Witnesses described seeing bodies covered in blankets and covered in blood.

The Chicago Sun-Times newspaper reported that the parade began around 10am local time (15:00 GMT) but was suddenly halted 10 minutes later after shots were fired.

Police told people: “Everybody disperse, please. It is not safe to be here.”

Congressman Brad Schneider, whose district includes Highland Park, said he and his campaign team had been gathering at the start of the parade when the shooting started.

“Hearing of loss of life and others injured,” Schneider wrote on Twitter.

“My condolences to the family and loved ones; my prayers for the injured and for my community; and my commitment to do everything I can to make our children, our towns, our nation safer. Enough is enough!”

“I have been in contact with Mayor [Nancy] Rotering and have offered our support, and the Chicago Police Department is providing assistance. We grieve with the families of the deceased and injured as well as the entire Highland Park community,” she tweeted.

Gun violence has been a problem across the US for decades, drawing condemnation and calls for stricter gun laws, especially in the aftermath of mass shootings.

Those calls recently grew louder in the aftermath of an attack at a primary school in Uvalde, Texas that killed 19 children and two teachers, and after a racist shooting at a grocery store in Buffalo, New York, left 10 Black people dead.

The bipartisan compromise falls short of what is really needed, Biden acknowledged on June 25, but he said it will “save lives”.

The bill includes provisions to toughen background checks for the youngest gun buyers, keep firearms from more domestic violence offenders, and help states put in place red-flag laws that make it easier for authorities to take weapons from people deemed to be dangerous.