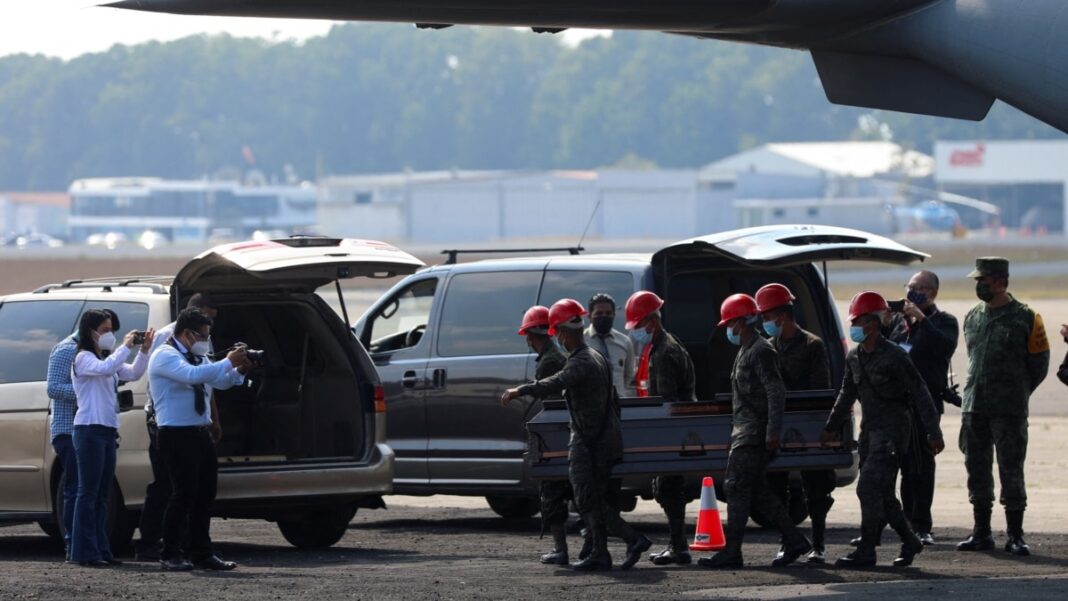 West News Wire: On Thursday, the bodies of 15 persons died when a trailer carrying migrants overturned in Mexico were returned to Guatemala and reunited with their relatives, who will lay them to rest before the end of the year.

A truck carrying migrants fell over in the state of Chiapas earlier this month, killing 56 people in total. Only 19 of the 37 Guatemalan nationals identified among the fatalities have had their remains repatriated so far.

According to Guatemala’s Foreign Ministry, 18 more victims are still being identified, but their bodies will be returned to their families in the following days.

The incident underscored the dangers migrants face on the road to the U.S. border, often at the hands of human traffickers known as coyotes. Dozens of migrants have died from violence or accidents in Mexico over the past decade.

The 15 victims, all male, whose bodies were returned Thursday were transferred by the Mexican air force, Mexico’s government said. The Guatemalan air force then transported their bodies in caskets to the homes of their families.

A Mexican government statement said officials have so far identified 50 of the victims from the trailer accident from Guatemala, the Dominican Republic, El Salvador and Ecuador.

Another 74 Guatemalans have been discharged from various hospitals in the city of Tuxtla Gutierrez in Chiapas, near the site of the accident. There are still 27 people hospitalized, more than half of them in serious condition.

Following the incident, the United States, Mexico, Guatemala and other countries pledged to crack down on international people-smuggling networks they blamed for the deaths.